A group of cyclists rode 1,000 kilometers along the south central coast of Vietnam in April-May and indulged themselves in beautiful landscapes.

The group led by Diem Dang Dung stopped by bougainvillea bushes for a picture in Ho Tram, a beach area in the southern province of Ba Ria-Vung Tau.
Dung (on the far right) and his companions embarked on an 11-day trip to south central Vietnam. 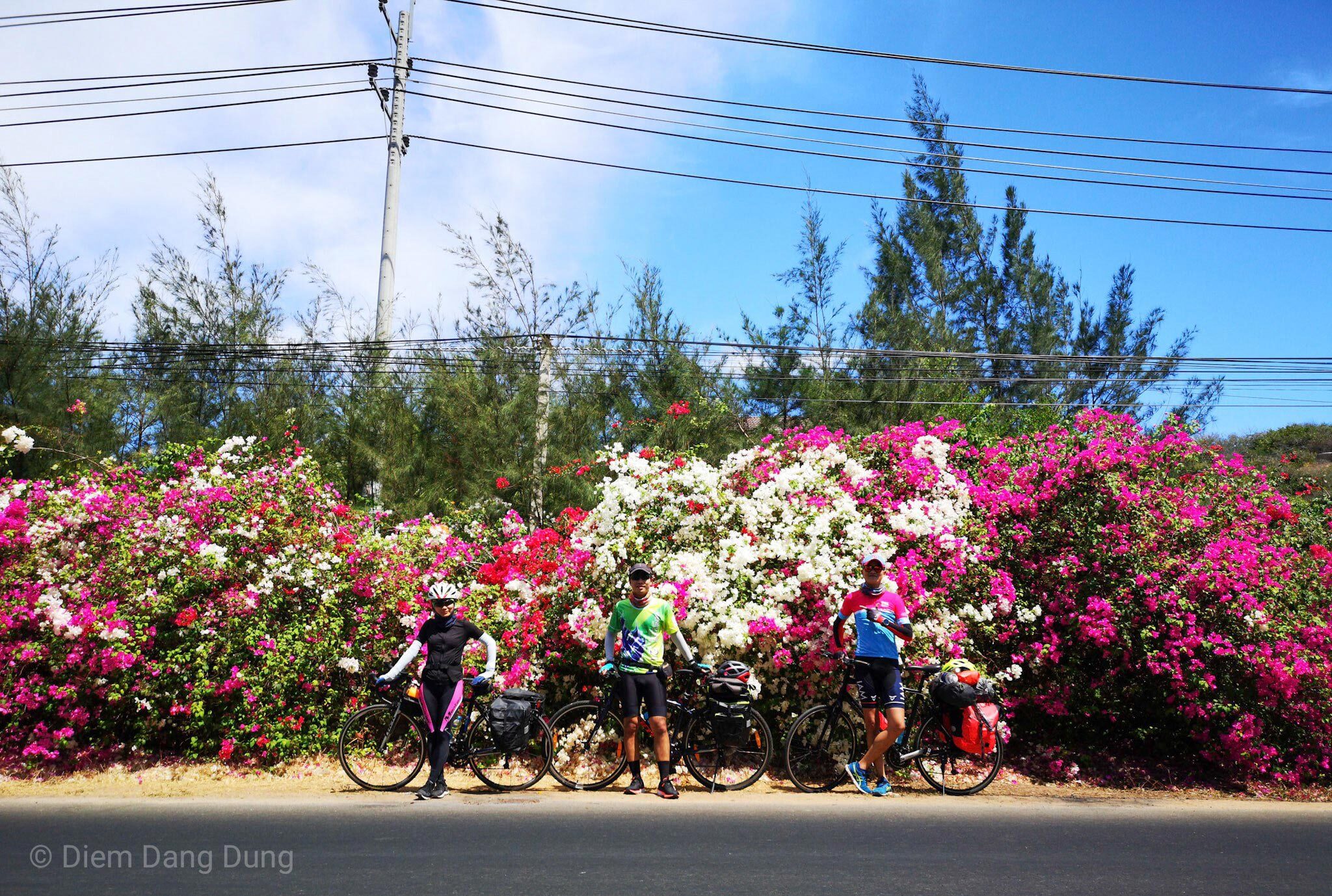 One of the riders on a road in Ho Coc, a beach area also in Ba Ria-Vung Tau.
Dung said there was a strong headwind so it was strenuous to ride the first 50 kilometers.
Ba Ria-Vung Tau is home to the popular coastal town of Vung Tau and Con Dao islands, which were named in a list of nine best "paradise" islands in the world to escape by U.S. Vogue, a fashion and lifestyle magazine, last year. 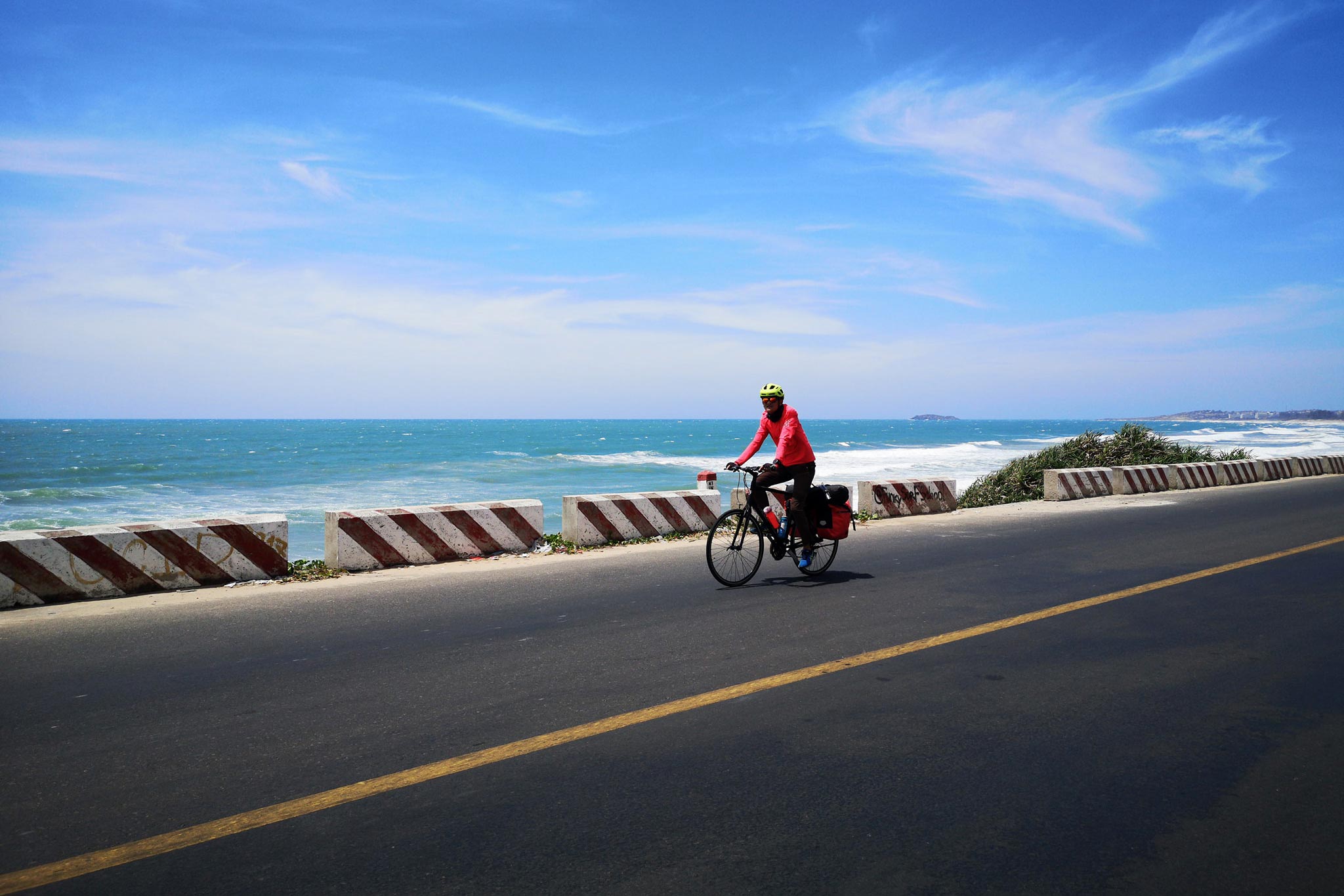 Cape Ke Ga in Binh Thuan Province’s Ham Thuan Nam District is famous for its pristine beach but with huge rocks.
One of the main attractions is a lighthouse around 500 meters from shore. Designed by the French during the colonial era, it is the tallest and oldest lighthouse in Vietnam.
Dung's group reached Mui Ne fishing village, also in Binh Thuan and a 90-minute ride from Cape Ke Ga. 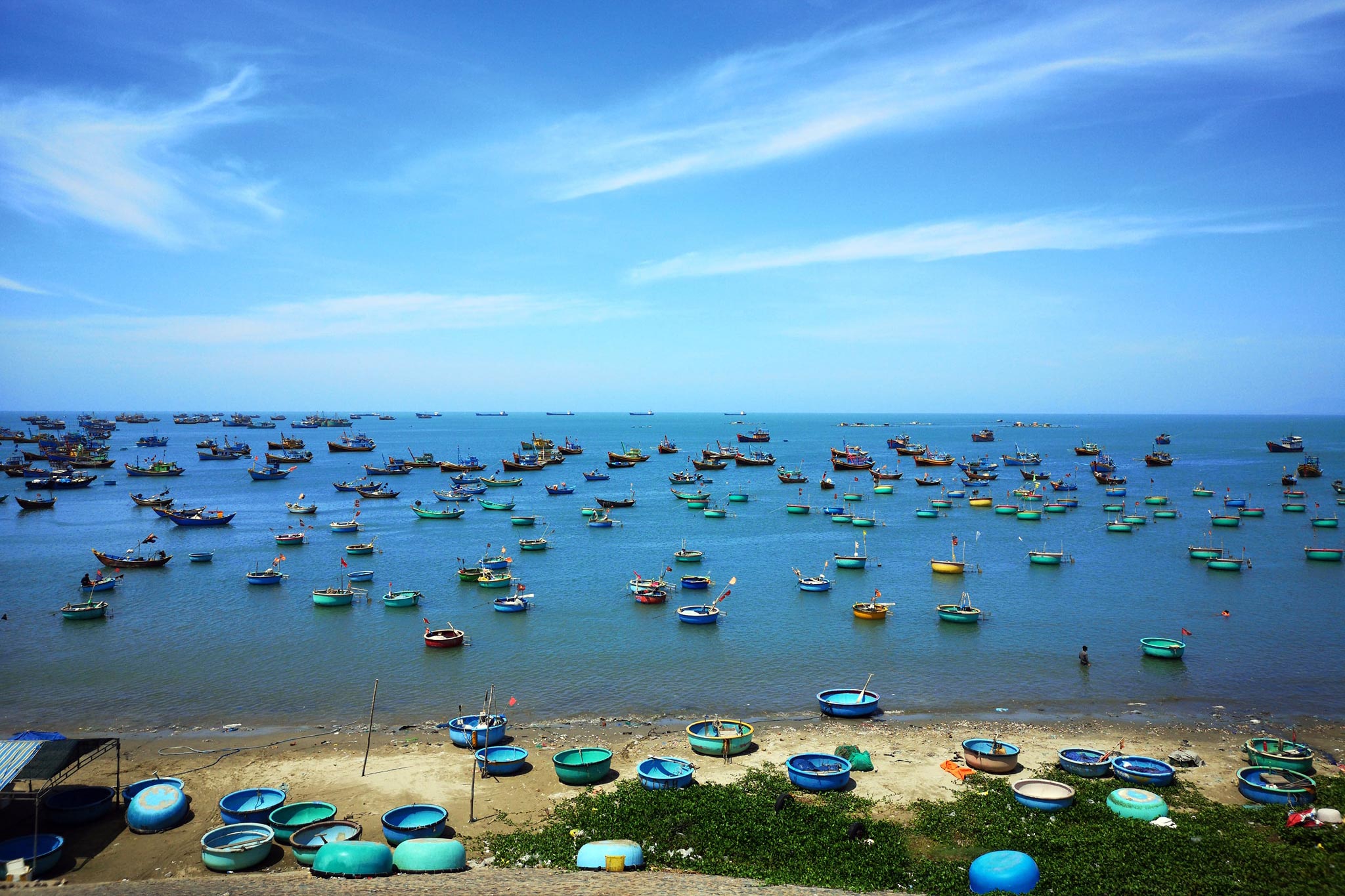 Unlike what Dung had imagined about a white Bau Trang (White Bau), this sandhill in Binh Thuan is yellowish under the sunshine. 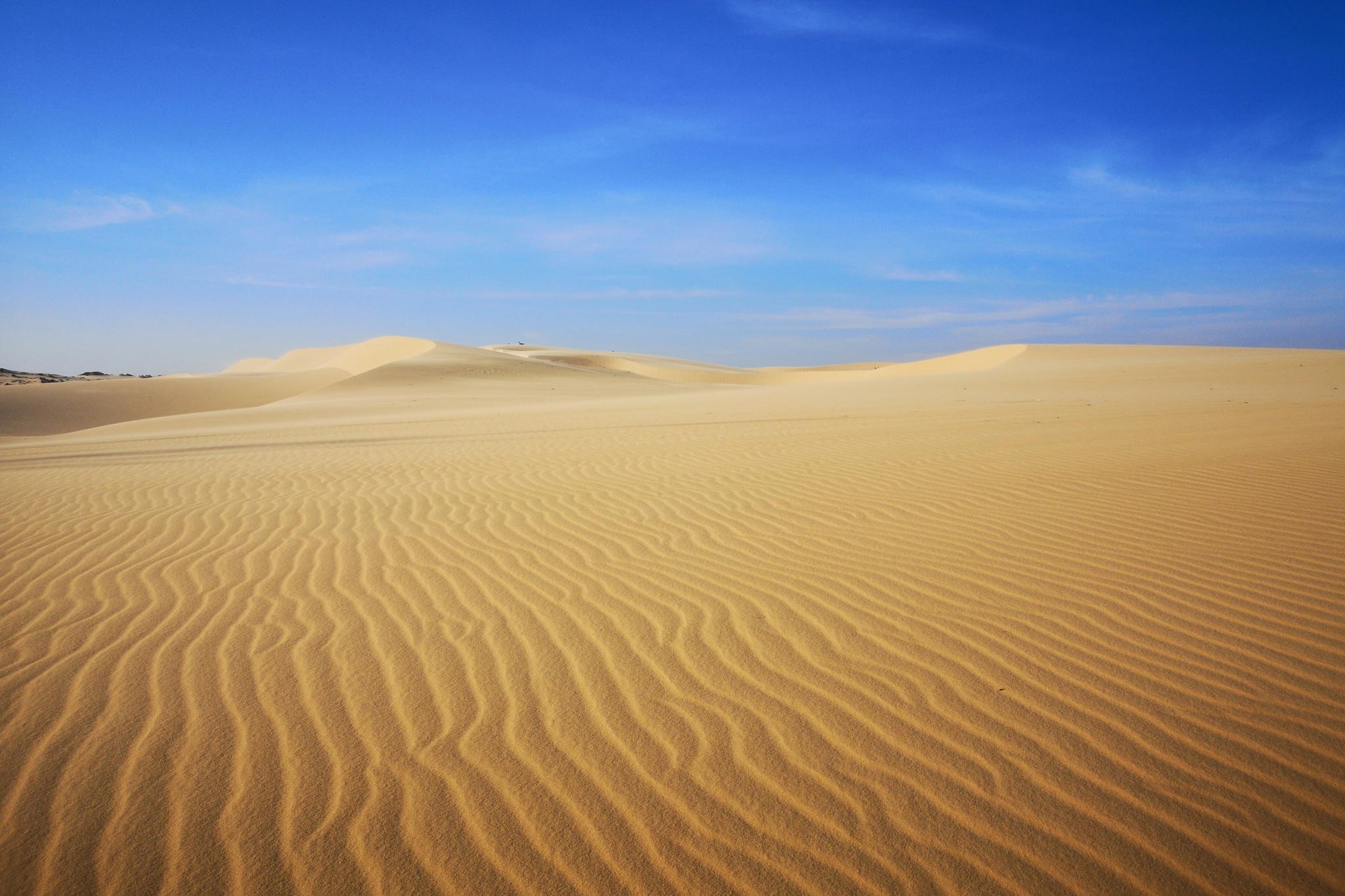 Trees on both sides of DT716 Street along the coast in Binh Thuan's Tuy Phong District provide shade for the cyclists. There is an untouched beach at the end of this road.
"It is easy to cycle slowly and sightsee,” Dung said.

The cyclists’ next destination, Mui Dinh in Ninh Thuan Province.
To reach the beach, the group had to walk about a kilometer on the sand without their bikes, which they parked at a local resident’s home.
There are only a few families living near Mui Dinh beach, and they took the visitors on a boat ride, helped them set up a camp and cooked food for them. 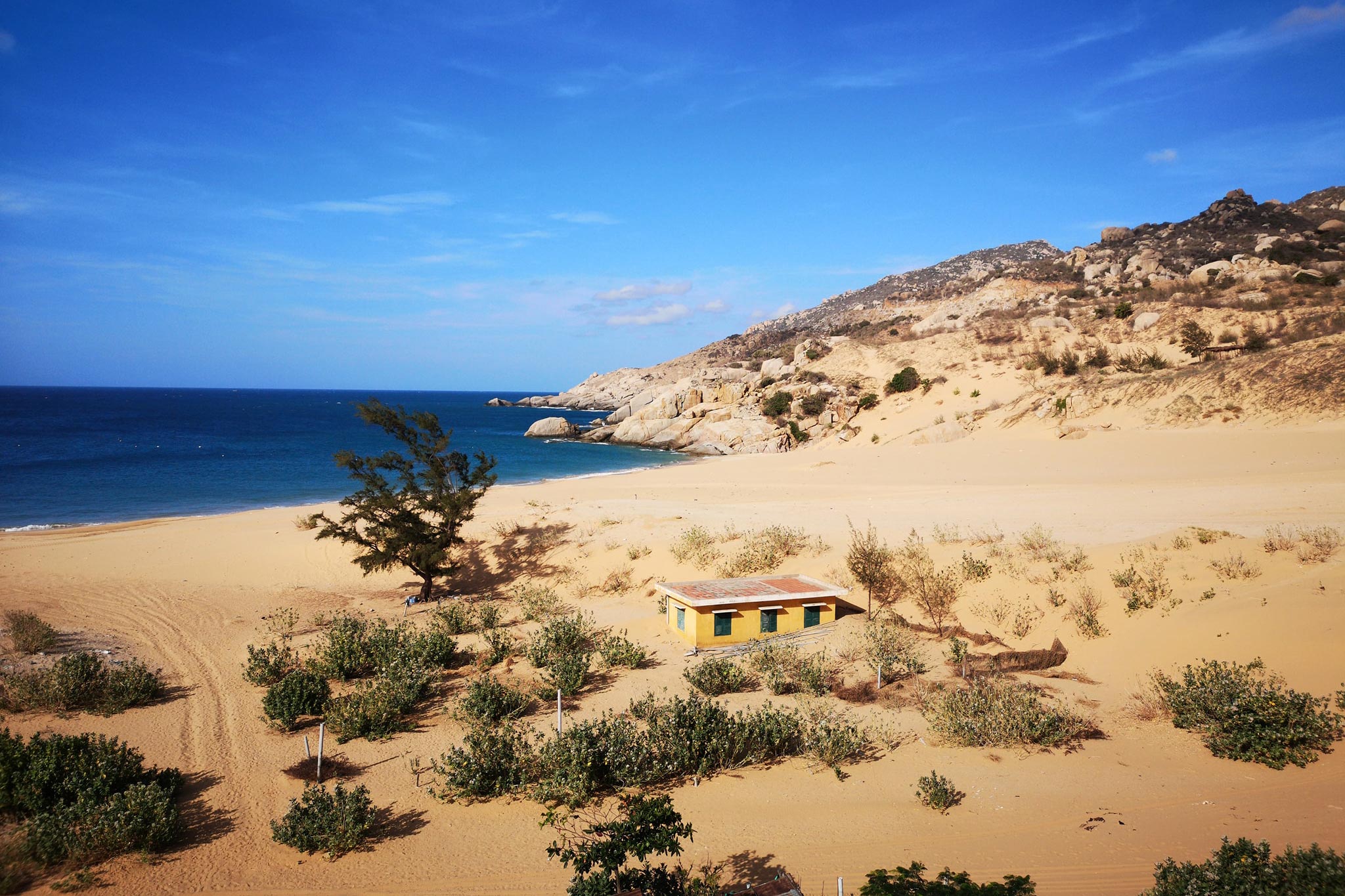 In Phan Rang Town also in Ninh Thuan, the group was welcomed with an idyllic landscape. “I felt lost in the landscape of the region, surrounded by endless rivers and rice fields," Dung said.
Besides its pristine beaches and herds of white sheep, Phan Rang is also famous for its cuisine, especially fish cake noodle soup. 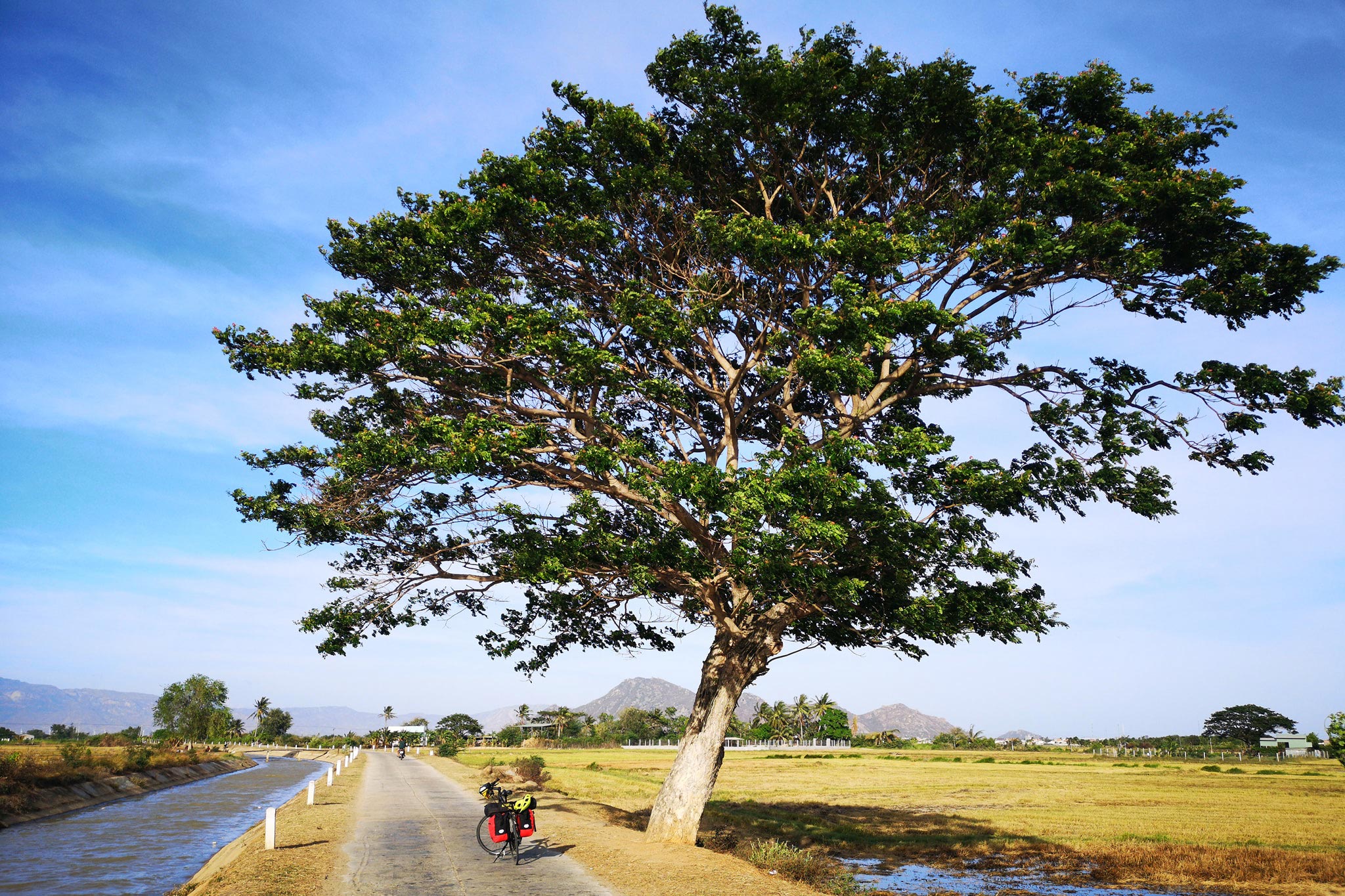 A member of the group stands in front a Cham tower called Po Klong Garai in Phan Rang. The tower is located in a complex with similar-looking structures that was built in the 13th century. Still intact, it is used by the local Cham as a place of worship.
In Ninh Thuan, visitors can also explore vineyards and wind power fields. 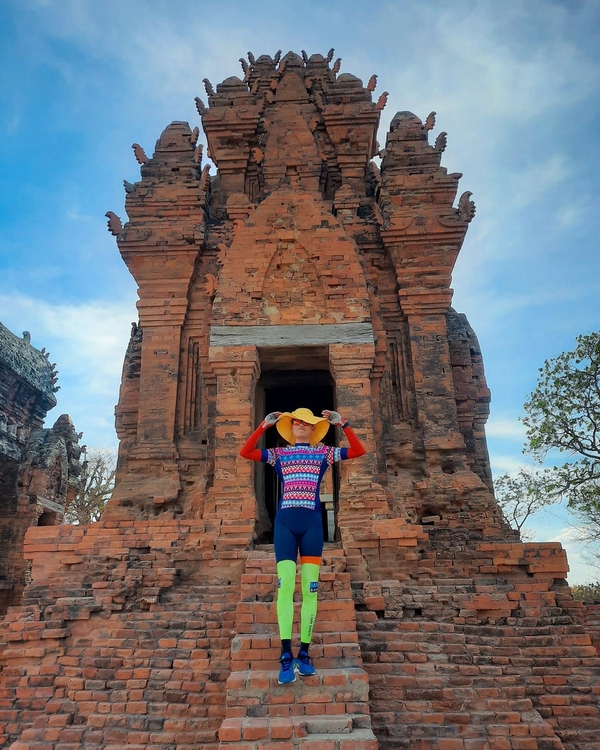 Vinh Hy Bay lies between Ninh Thuan and Khanh Hoa provinces, the latter being home to famous beach town Nha Trang. The five-kilometer road along it has the sea on one side and mountains on the other. 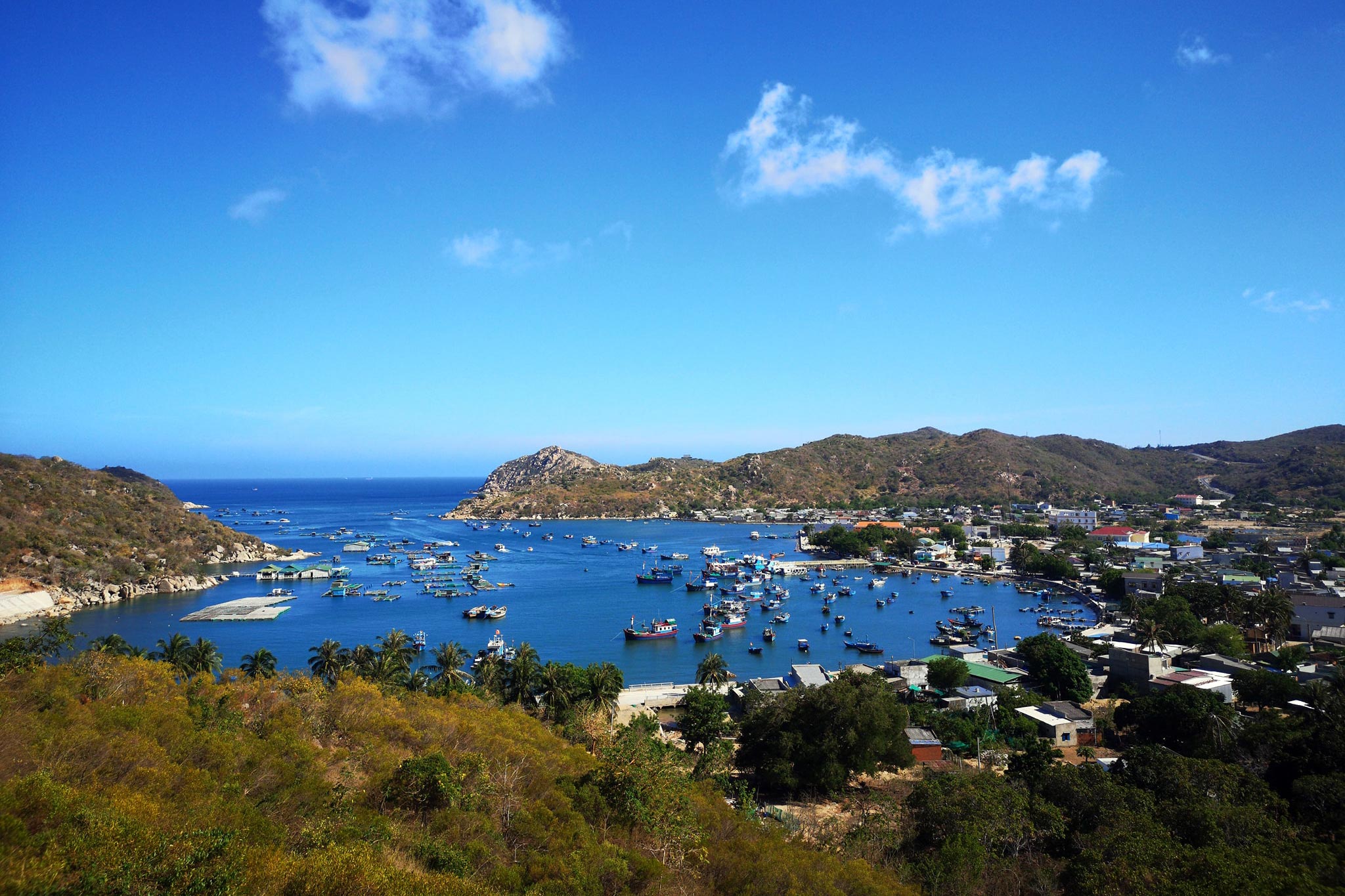 After spending a night in Nha Trang, the group headed to Phu Yen Province. Dai Lanh beach lies in between Khanh Hoa and Phu Yen provinces.
The sea here with its gentle waves can be accessed through two large passes, Ca in the north and Co Ma in the south. 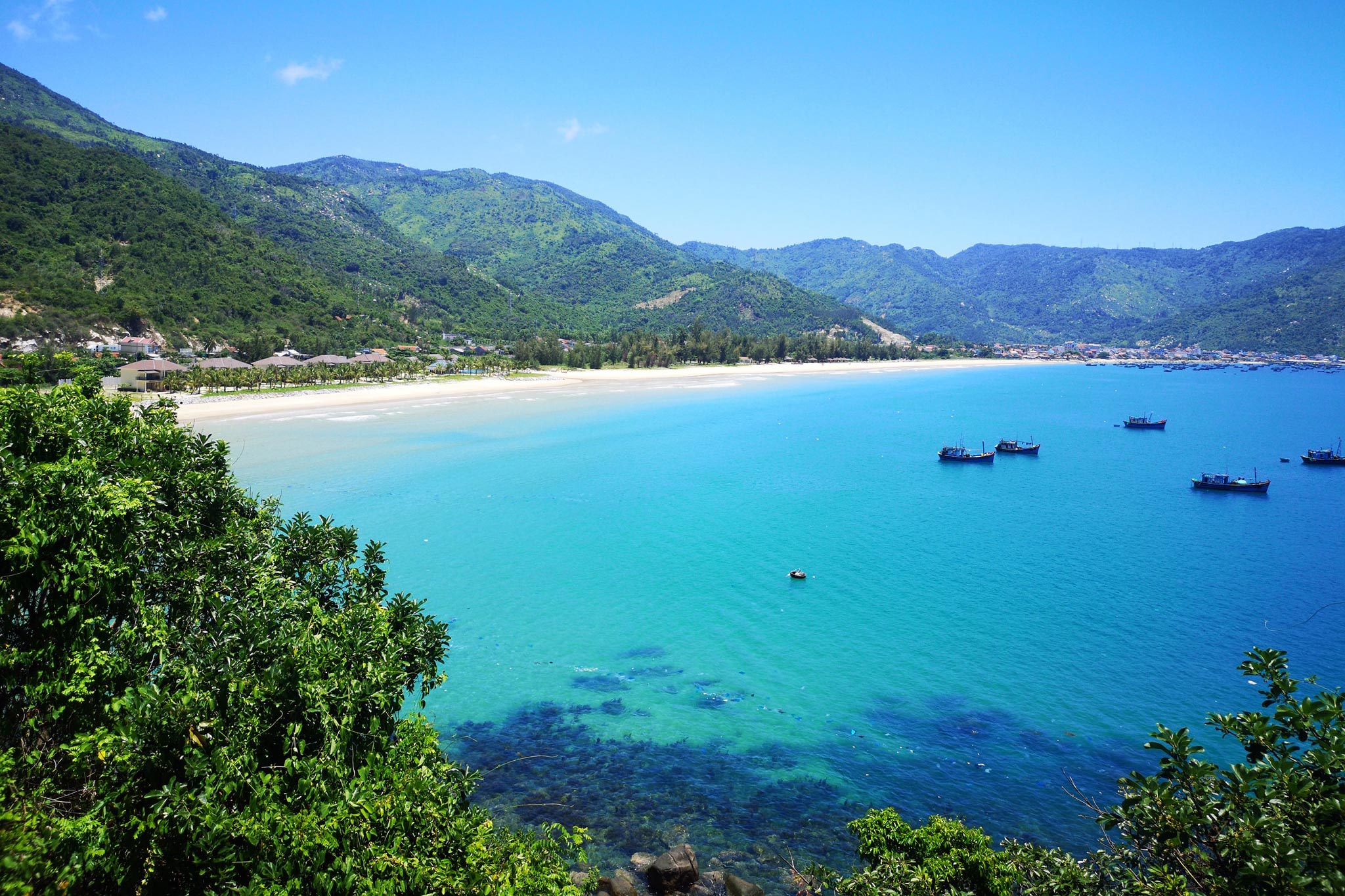 Dung had heard about Bai Xep beach in Phu Yen, where famous Vietnamese movie Toi thay hoa vang tren co xanh (Yellow Flowers on the Green Grass) was shot, but it was his first visit to it.
From here, the group rode to Quy Nhon Town in Binh Dinh, the final destination.
It is typically sizzling hot along the south central coast in April and May, which was when the group made its trip.
“Whenever we rode in the day, we would become exhausted quickly because of dehydration,” Dung recalled. 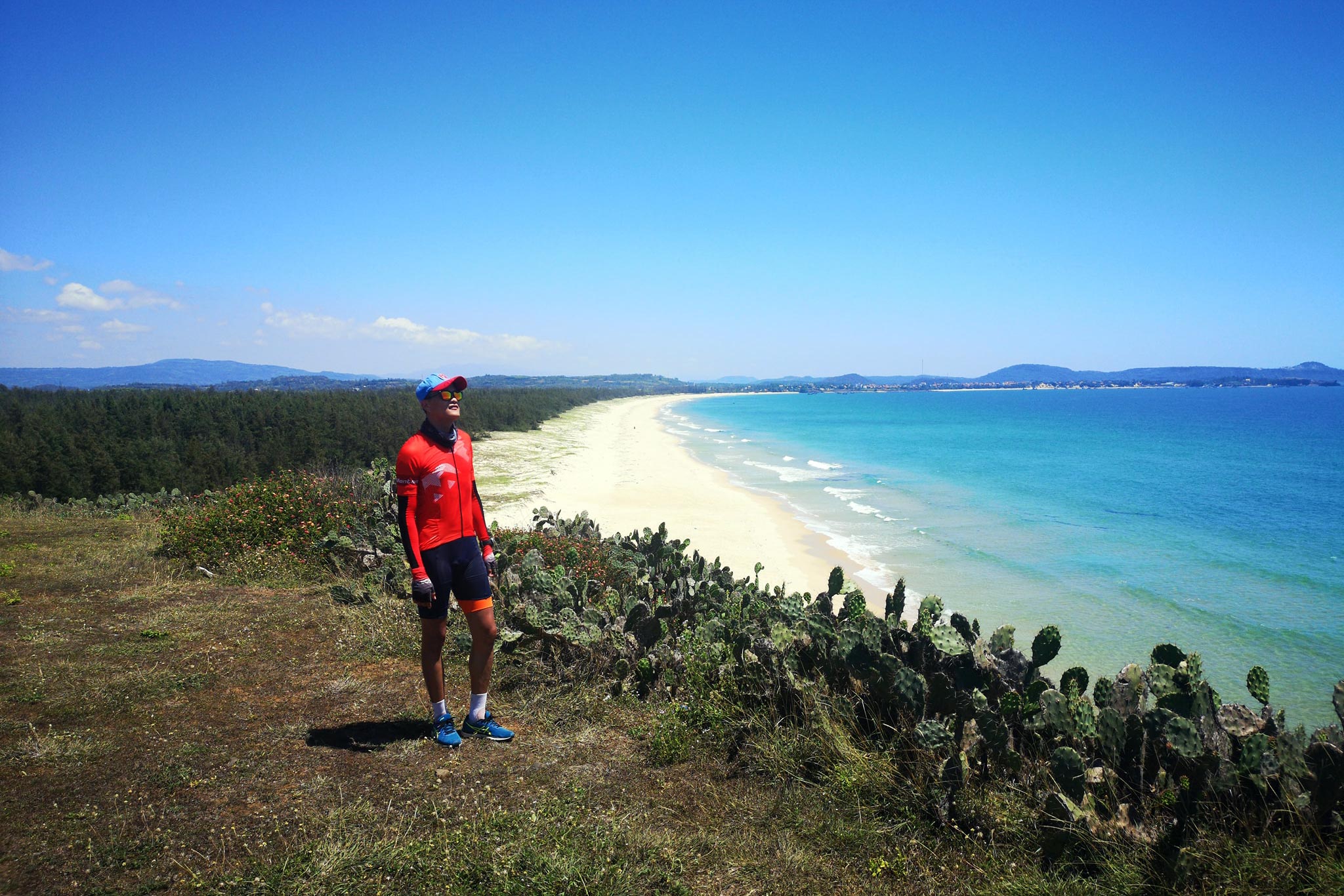