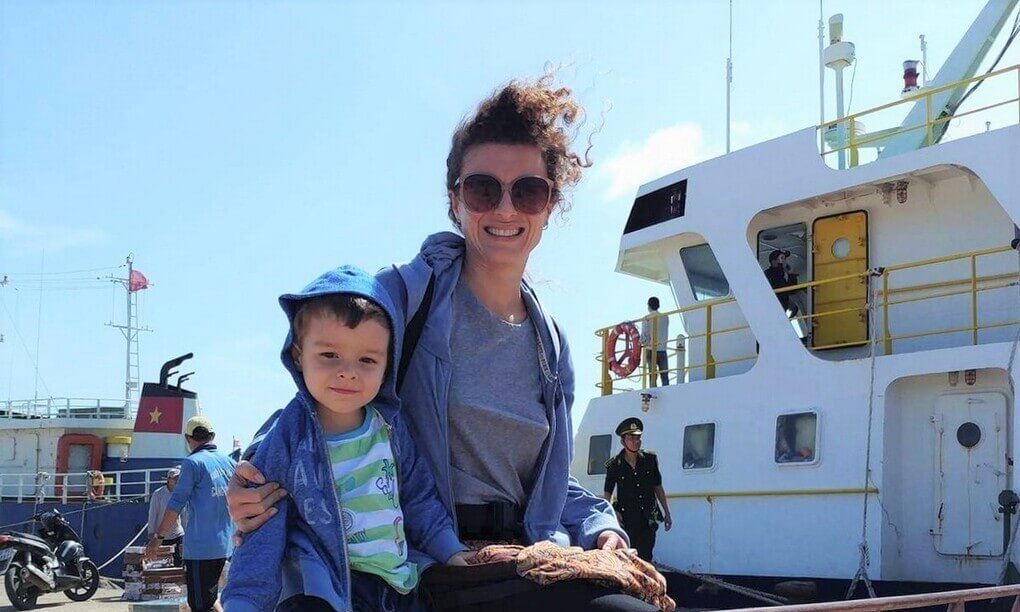 Nguyen Ngoc Hai, Chairman of Binh Thuan People's Committee, signed the approval on September 1, agreeing to a proposal made by the south central province's Border Guard.
Previously, foreign tourists were required to apply for a permit to travel to the island at the Binh Thuan Police’s Immigration Department. They also had to have a travel sponsor. The permit procedures took between three to four days.
Phu Quy, 56 nautical miles (about 104 kilometers) from the mainland, boasts pristine beaches, lush green landscapes and rich seafood. The island is also home to many Vietnamese military bases.
Duong Phung Linh, director of Long Vi resort and head of the Phu Quy Island District Tourism Association, said that since 2015, when the permit requirement went into effect, the number of foreign visitors to his resort has decreased by 50 percent.
"Certainly, the abolition of the travel paper will draw visitors to this island, generating revenue for the local tourism industry," Linh said.
In 2019, Phu Quy Island welcomed about 42,000 tourists, mostly Vietnamese citizens. There are currently three high-speed speed boats that take visitors to the island from the mainland. A one-way trip now takes three hours instead of six, like before.
Phu Quy Island was recognized as a province-level tourist area on June 16.
By 2030, the island is expected to welcome 74,000 tourists a year, including about 6,000 international visitors. By then, its total tourism revenue is expected to be about VND380 billion ($16.3 million) per year, helping create 2,000 jobs.
Foreigners will still be monitored closely despite the removal of the travel permit to ensure national security, said Colonel Nguyen Ngoc Hao, Commander of the Border Guard Command in the province.
According to a government decree, foreigners staying or residing in Vietnam are required to have a passport and a travel permit issued by the provincial police to be able to visit border sea areas or islands or archipelagos (except for tourism areas or economic zones).
Viet Quoc
VNE
Posted at 2020 Sep 06 08:42
Go back