Po Klong Garai is the most spectacular and beautiful structure of its kind that has remained in Vietnam. 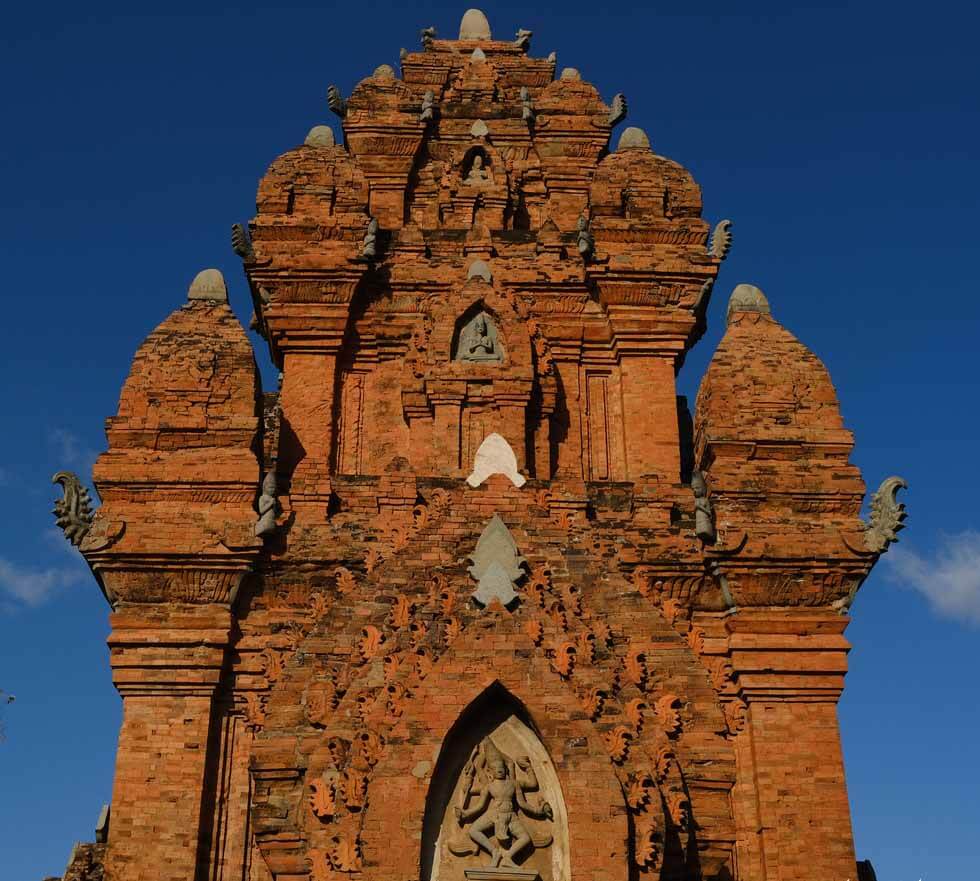 Apart from green vineyards and the pristine beaches of Ninh Chu it is known for, Ninh Thuan, a coastal province in south-central Vietnam, is also home to the complex of Cham temples.
Located on Trau Hill in Do Vinh Commune, the complex relic of Cham temples Po Klong Garai is around nine kilometers away from the city of Phan Rang - Thap Cham to the northwest.
The temple towers have stood firmly on the sunny, sandy land for more than seven centuries.
Po Klong Garai is the most spectacular and beautiful structure of its kind that has remained in Vietnam.
It is widely known as the symbol of the ancient Champa Kingdom.
The temple complex was built between the end of the 13th century and the beginning of the 14th century in the era of Cham King Po Klong Garai, also known as Che Man King. 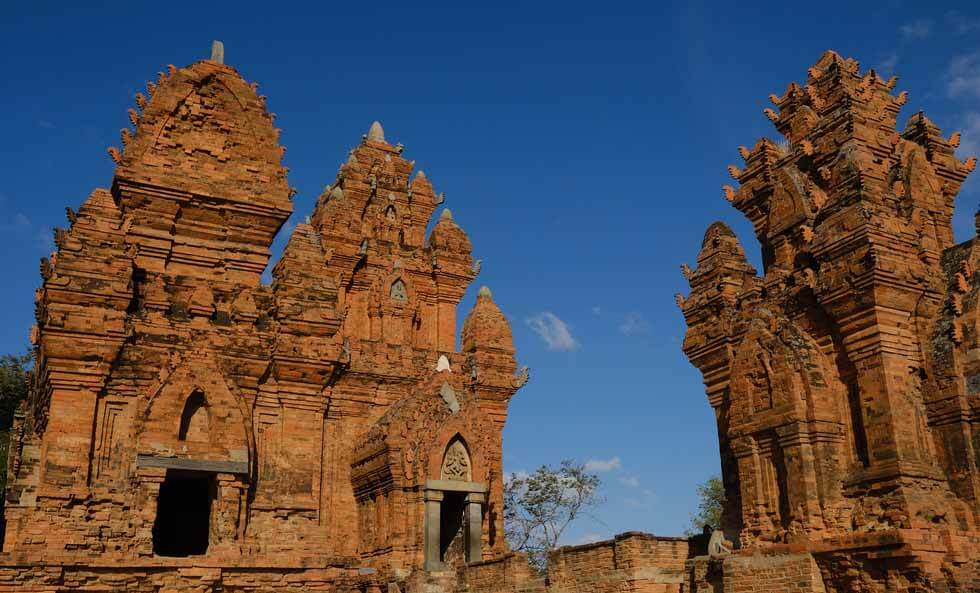 The complex includes three towers with the main one being the tallest at 20.5 meters high.
The fire tower and the gate tower are 9.31 meters and 8.5 meters high, respectively.
The ancient complex, which reached its peak under the Cham dynasty, was designated as a Vietnamese national heritage site in 1979. 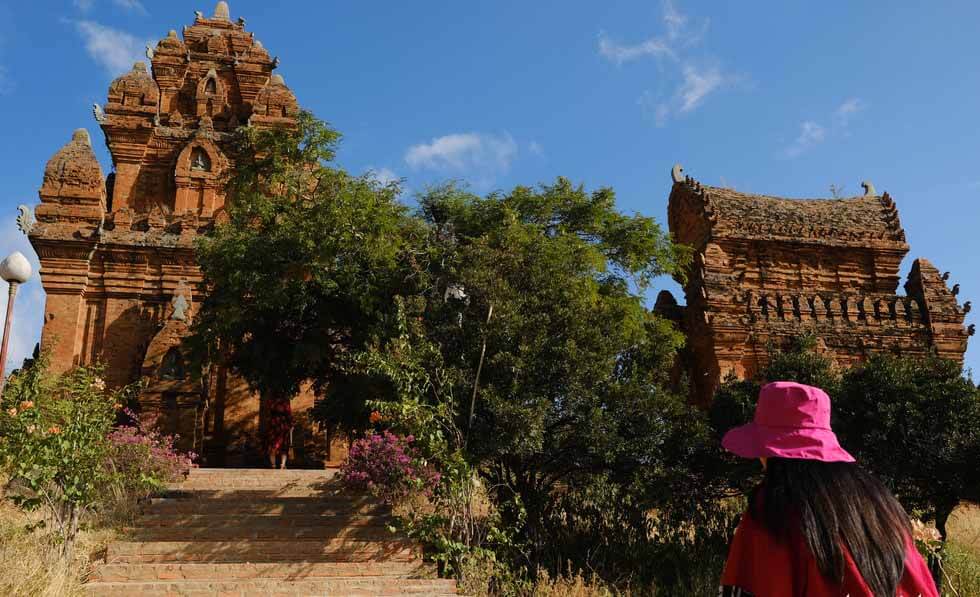 It was also recognized as a national relic by Vietnam's prime minister.
Nowadays, Po Klong Garai has become one of the most popular attractions of Ninh Thuan Province. 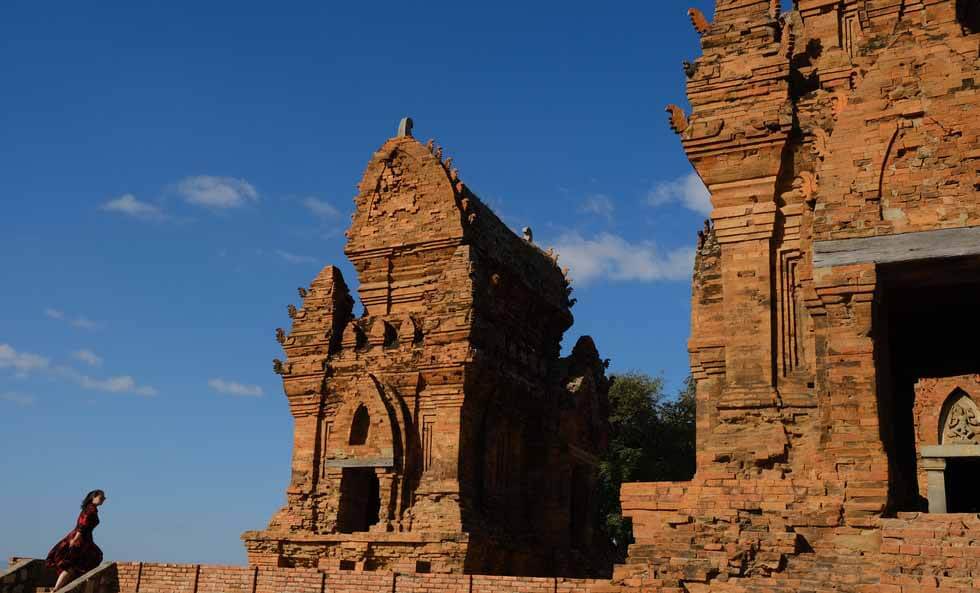 As time goes by, the relic still retains its own charm, making it a popular destination among all of the vineyards and beaches.
Kim Thoa - Tan Luc / Tuoi Tre News
Posted at 2020 Oct 21 09:42

5 Things You Need To Know Before Visiting Vietnam

Vietnam is a beautiful country and the one that comes with impressive and stunning nature, history, and culture. All of this makes it an ideal place for tourists from all over the globe. Because you are reading this, we know that you are planning to visit Vietnam. Here are the top things to know before you start your trip.