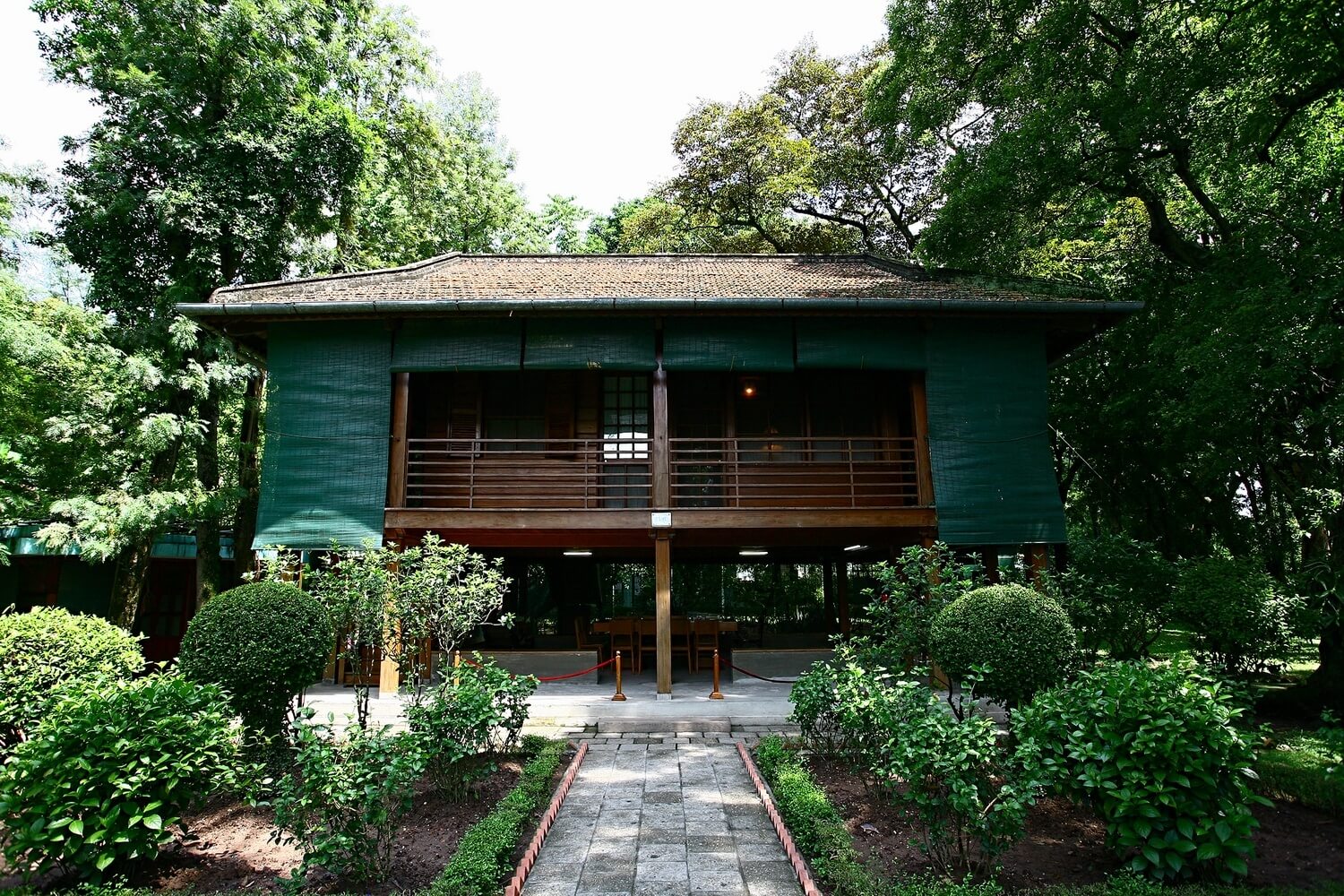 Built in 1958, the tile-roofed stilt house at 1 Hoang Hoa Tham Street in Ba Dinh District has a single floor and measures 10.5 metres in length and 6.2 metres in width. It resembles the style of the traditional of the Tay – Thai ethnic stilt houses in Viet Bac, the northernmost region of Vietnam consisting of six provinces, Cao Bang, Bac Kan, Lang Son, Ha Giang, Tuyen Quang, and Thai Nguyen. Viet Bac was the name of the region in the time of war against the French colonists (1945-1954).
Prior to the construction of the house, Ho Chi Minh, known affectionately in Vietnam as Uncle Ho, had discussed its design thoroughly with architect Nguyen Van Ninh. He wanted it to resemble his previous stilt house in Viet Bac, with the ground floor being open and the first having a working room and a bedroom with a bookcase as a wall between them and surrounded by a verandah. 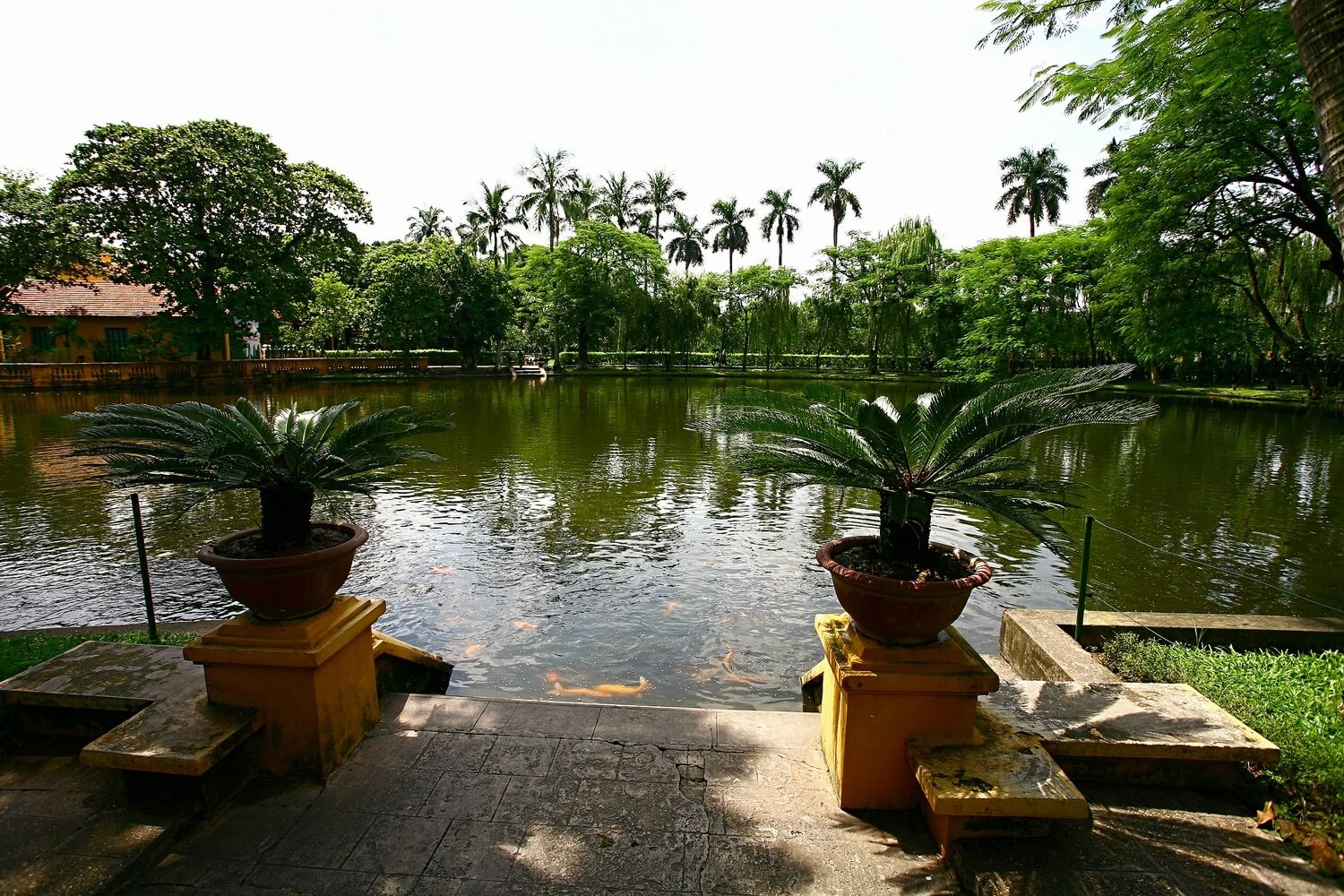 In front of the house is a pond where Ho Chi Minh often fed the fishes as a way of relaxation.
President Ho Chi Minh lived and worked here from 1958 until his death in 1969. It witnessed many monumental decisions made for the country, making it an architectural, cultural and political heritage of Vietnam. 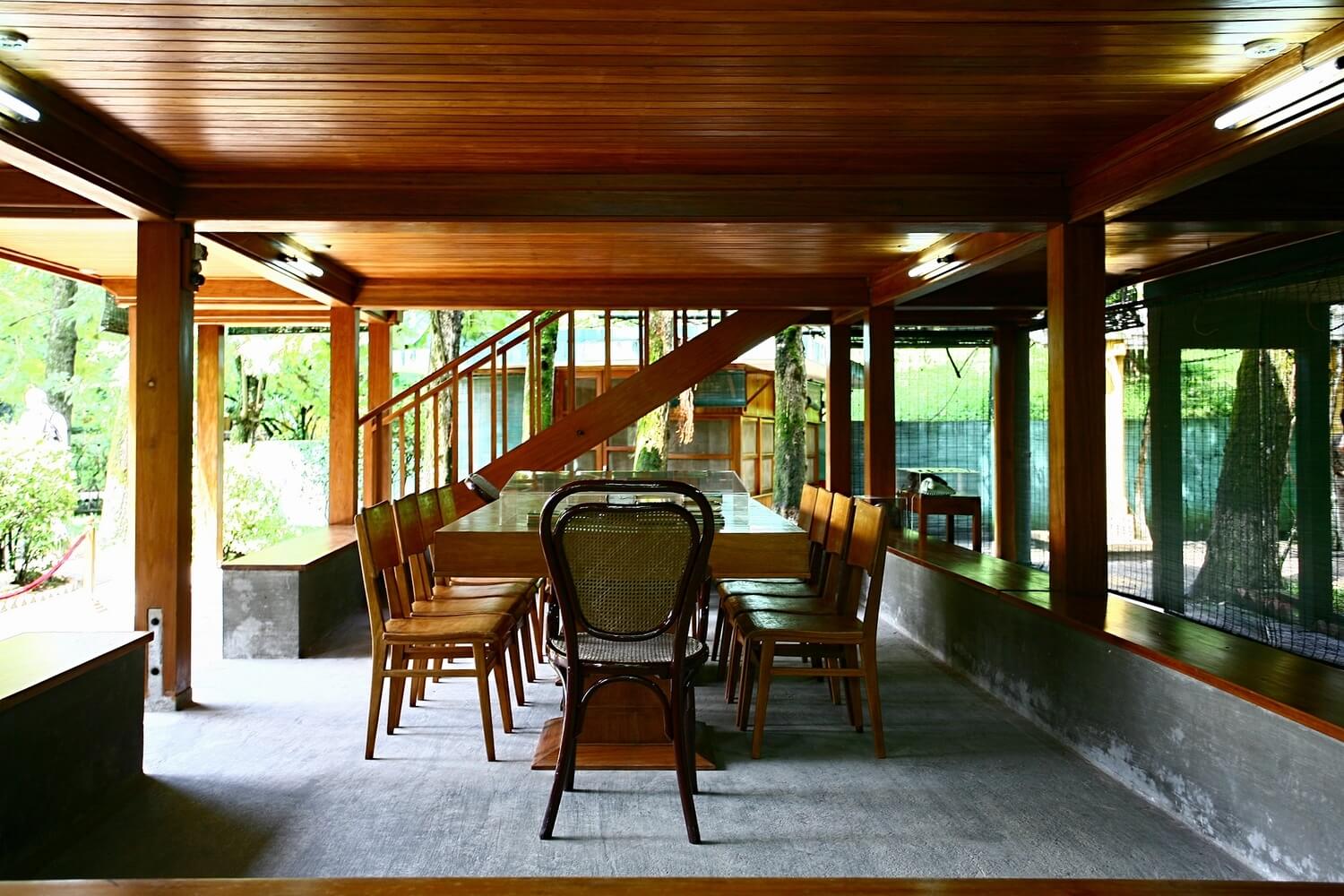 The ground floor is an open space with a working desk, where Ho Chi Minh usually worked in summer. He frequently held meetings of the Politburo and with visitors here. 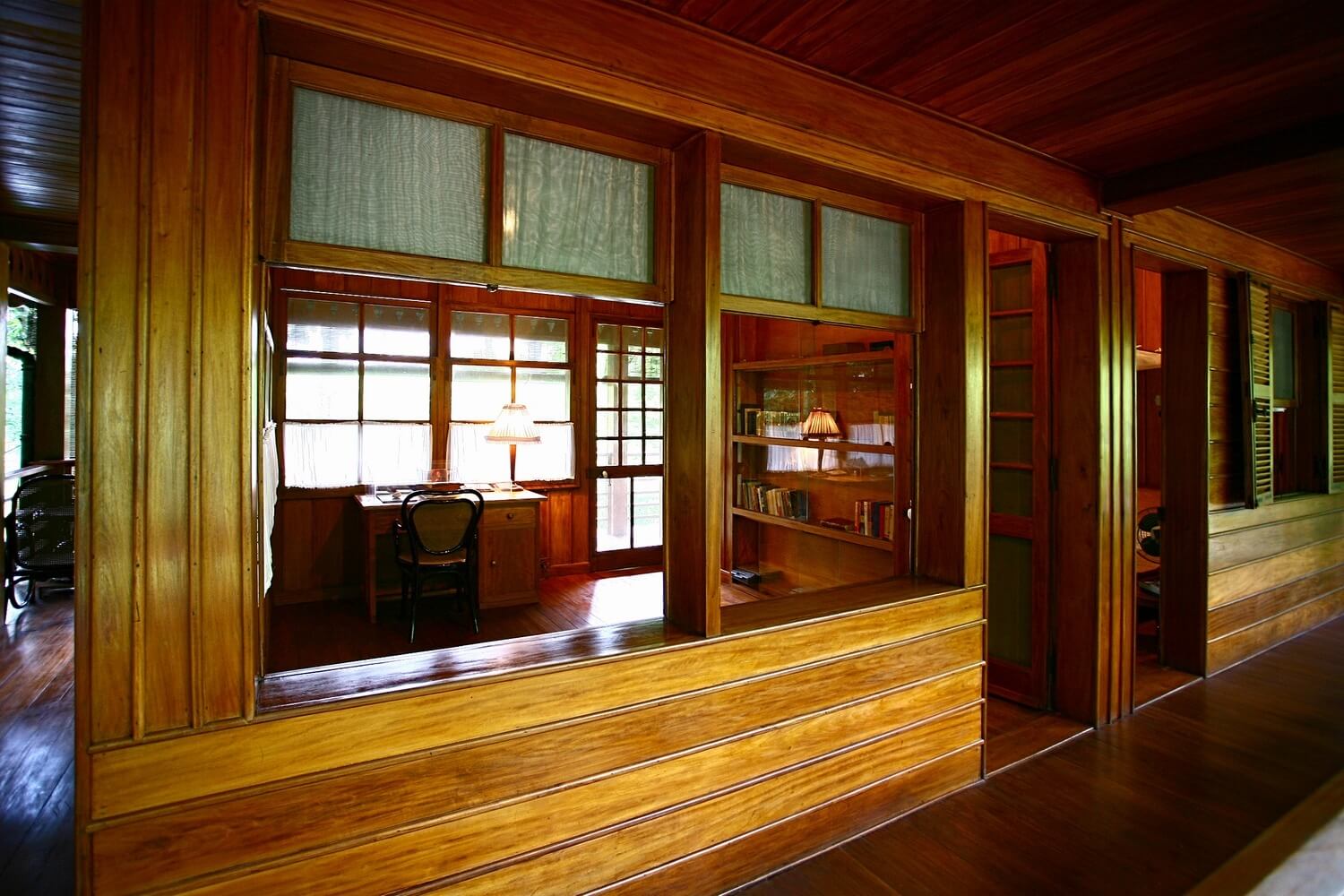 The first floor has a working room and a bedroom. 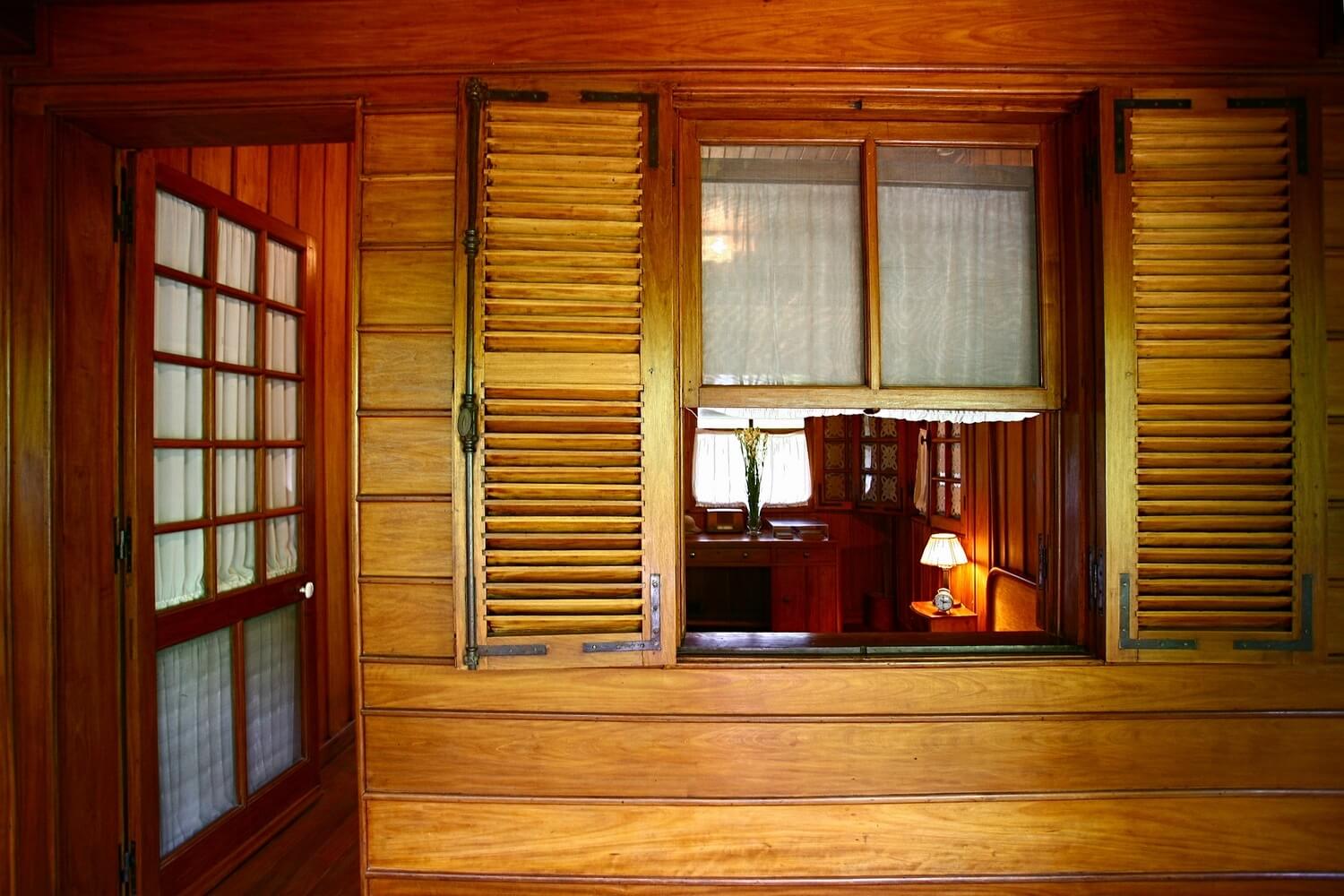 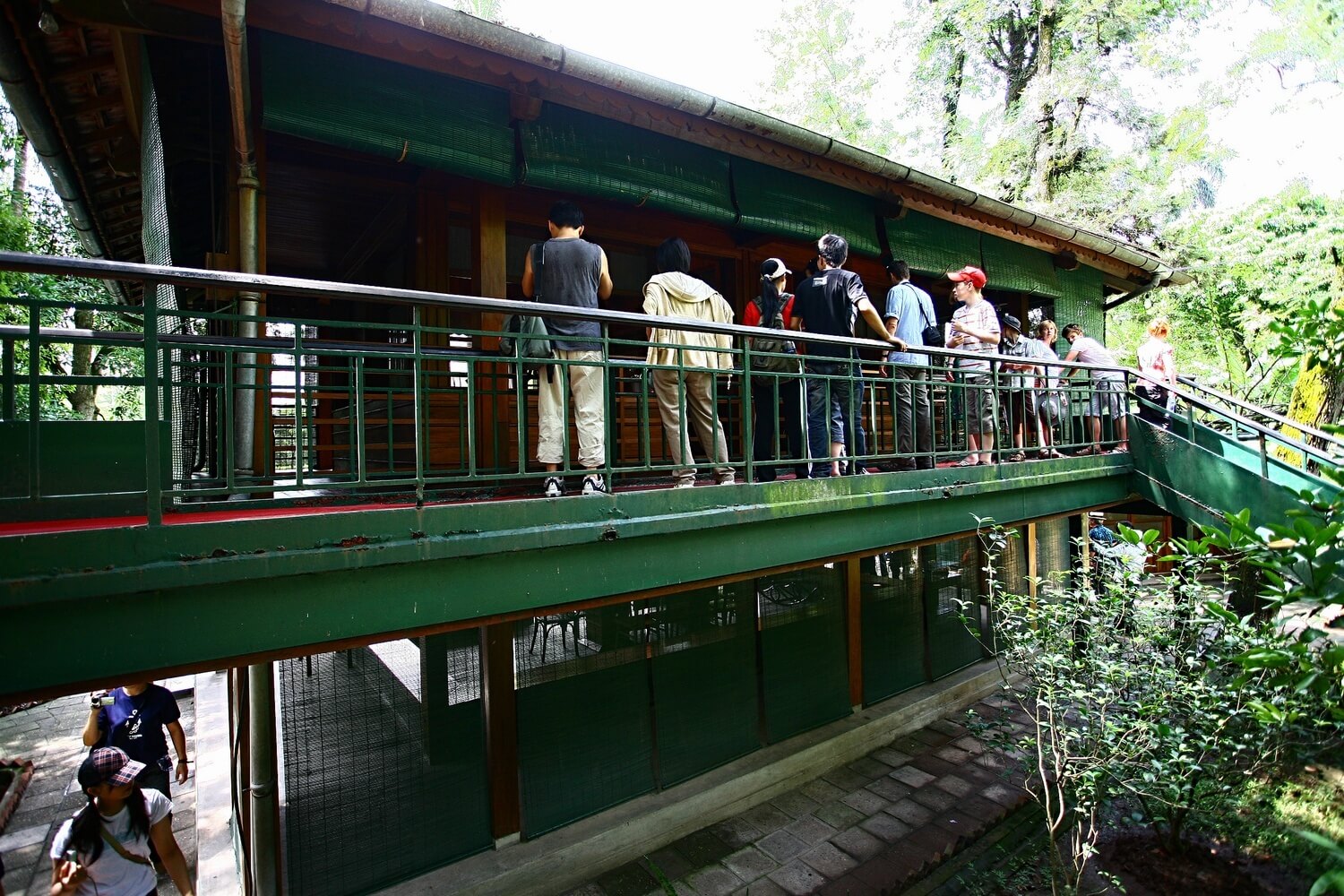 Tourists can visit the stilt house through a separate staircase, built after President Ho Chi Minh passed away. Since 1970 the historic site has received over 80 million visitors. 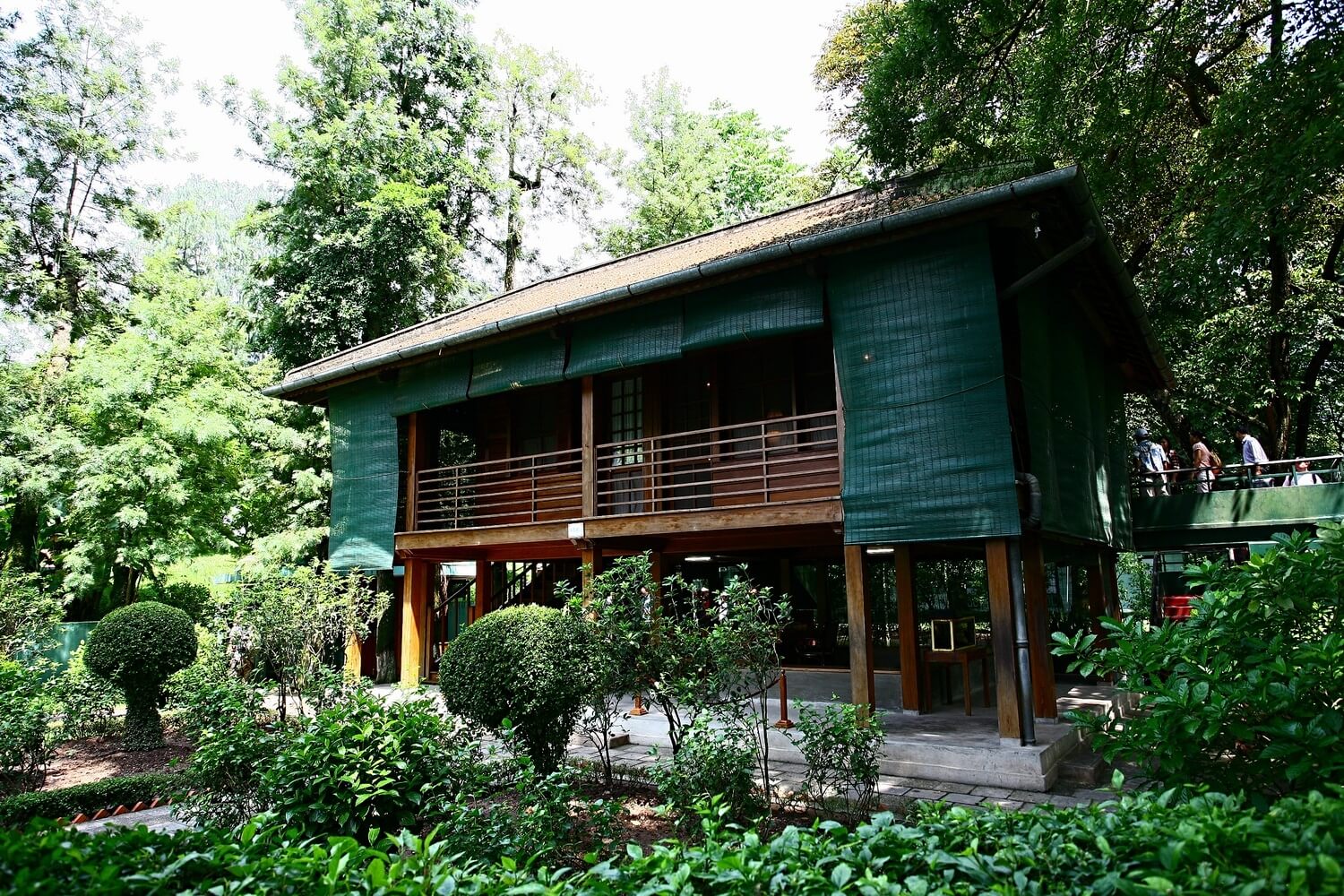 Surrounding the stilt house is a garden with plants brought from all over the nation.
The stilt house reflects the simplicity and humbleness of President Ho Chi Minh, who preferred it to the opulence of the Presidential Palace. 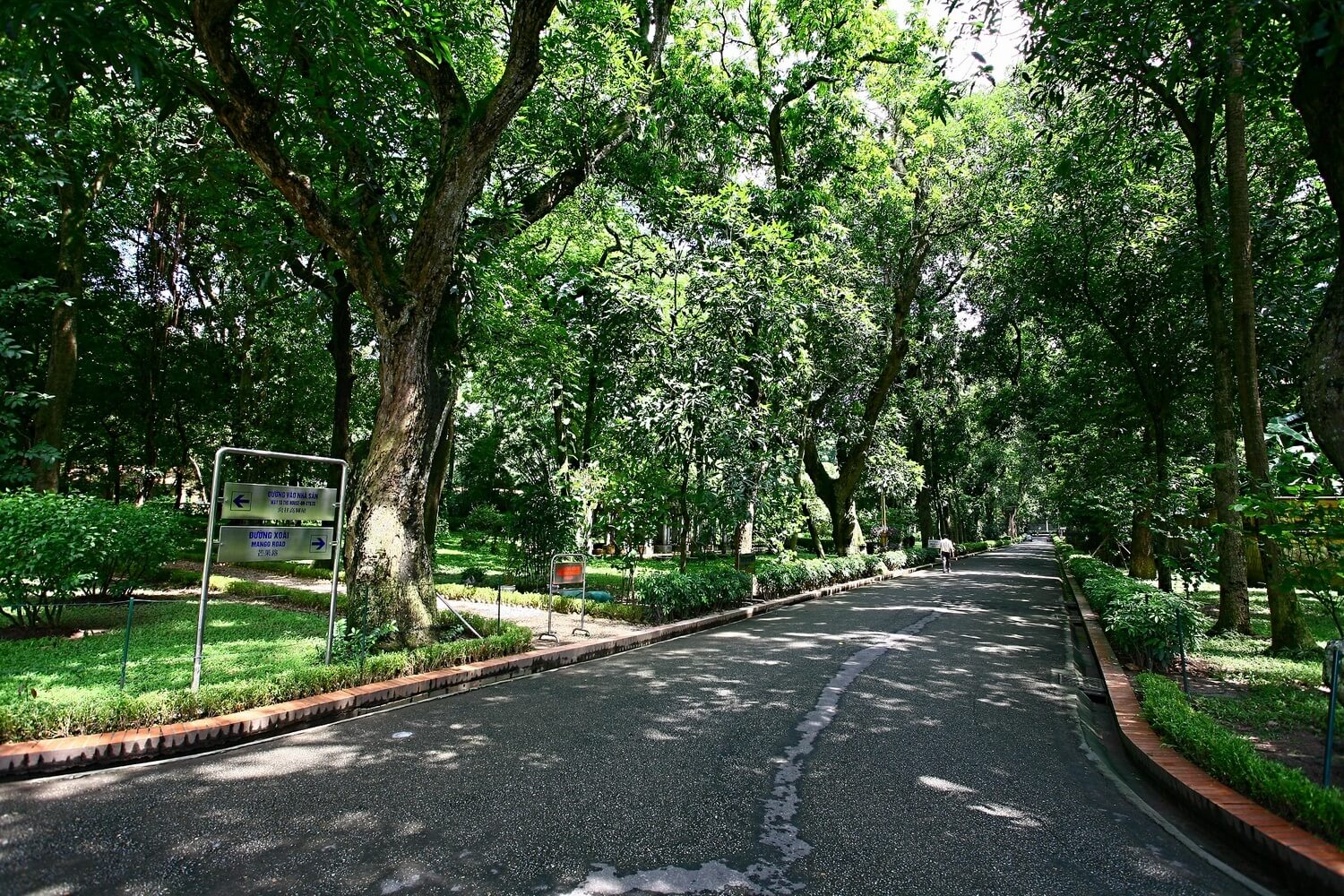 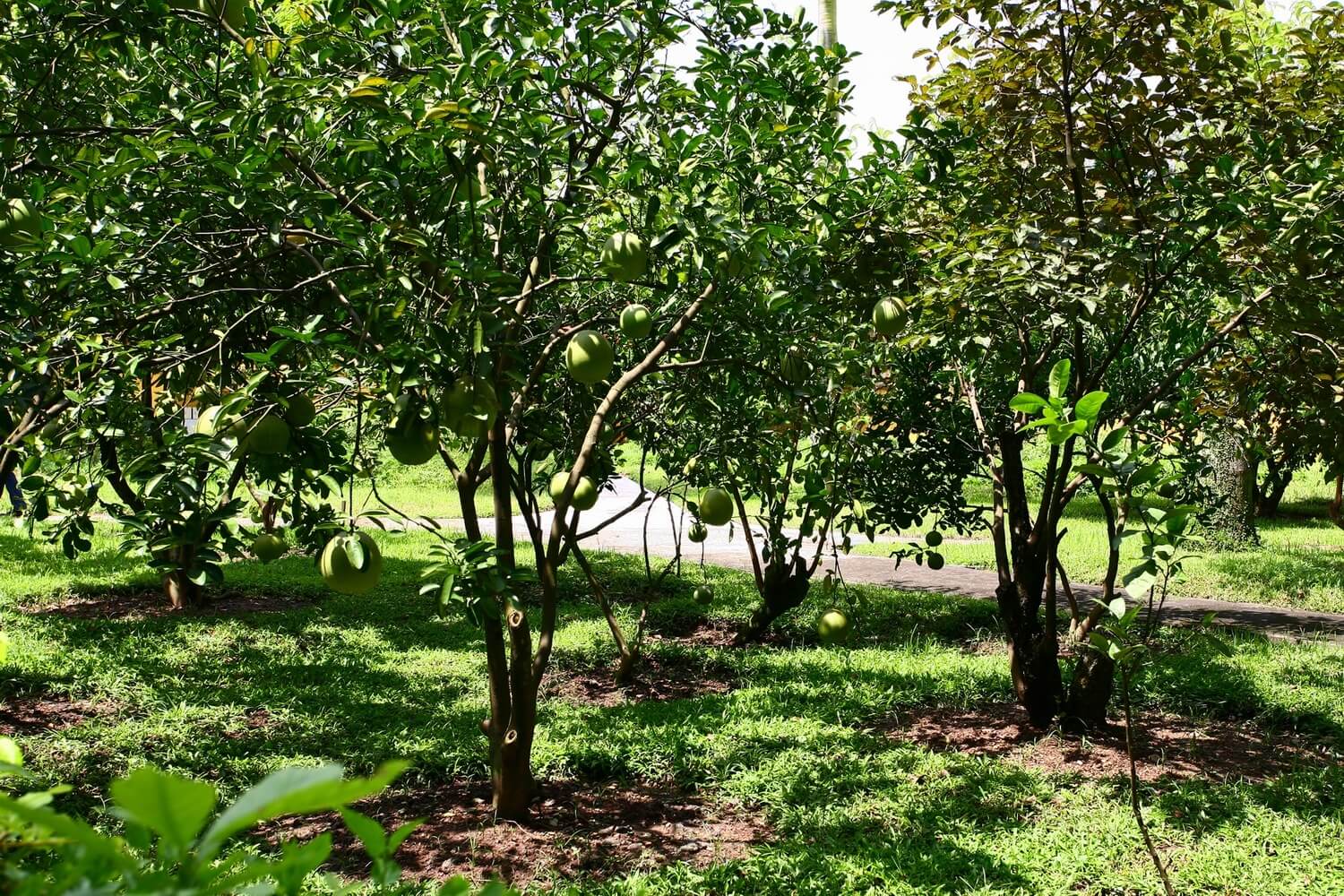 The garden is filled with trees bearing fruits. 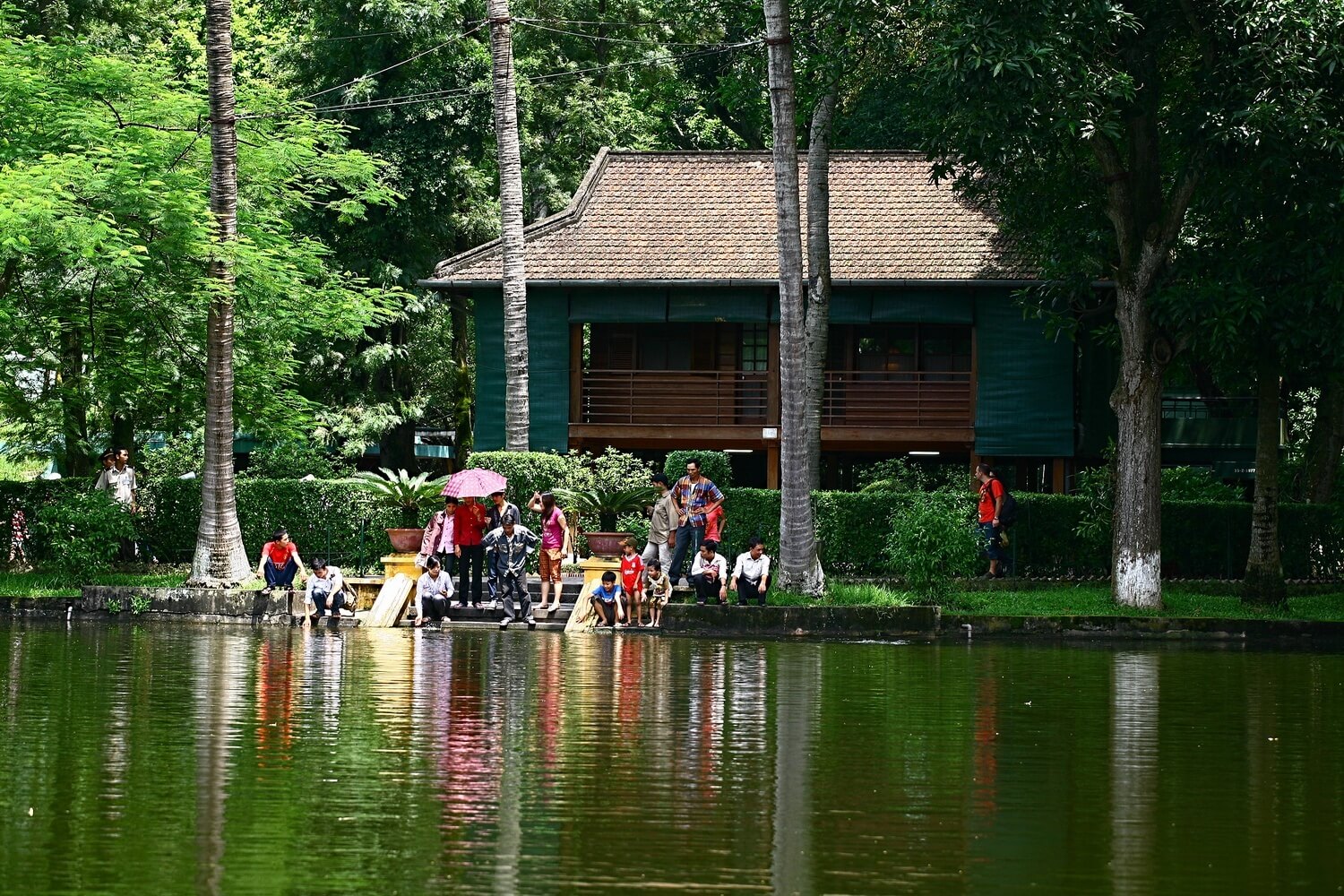