Sac Forest Tourism Area in Can Gio's Long Hoa Commune includes a mangrove coverage of ​​over 70 ha. Located 50 km from the city center, one of its most animated attractions is a colony of about 1,500 monkeys, affording the spot its popular ‘monkey island’ moniker. 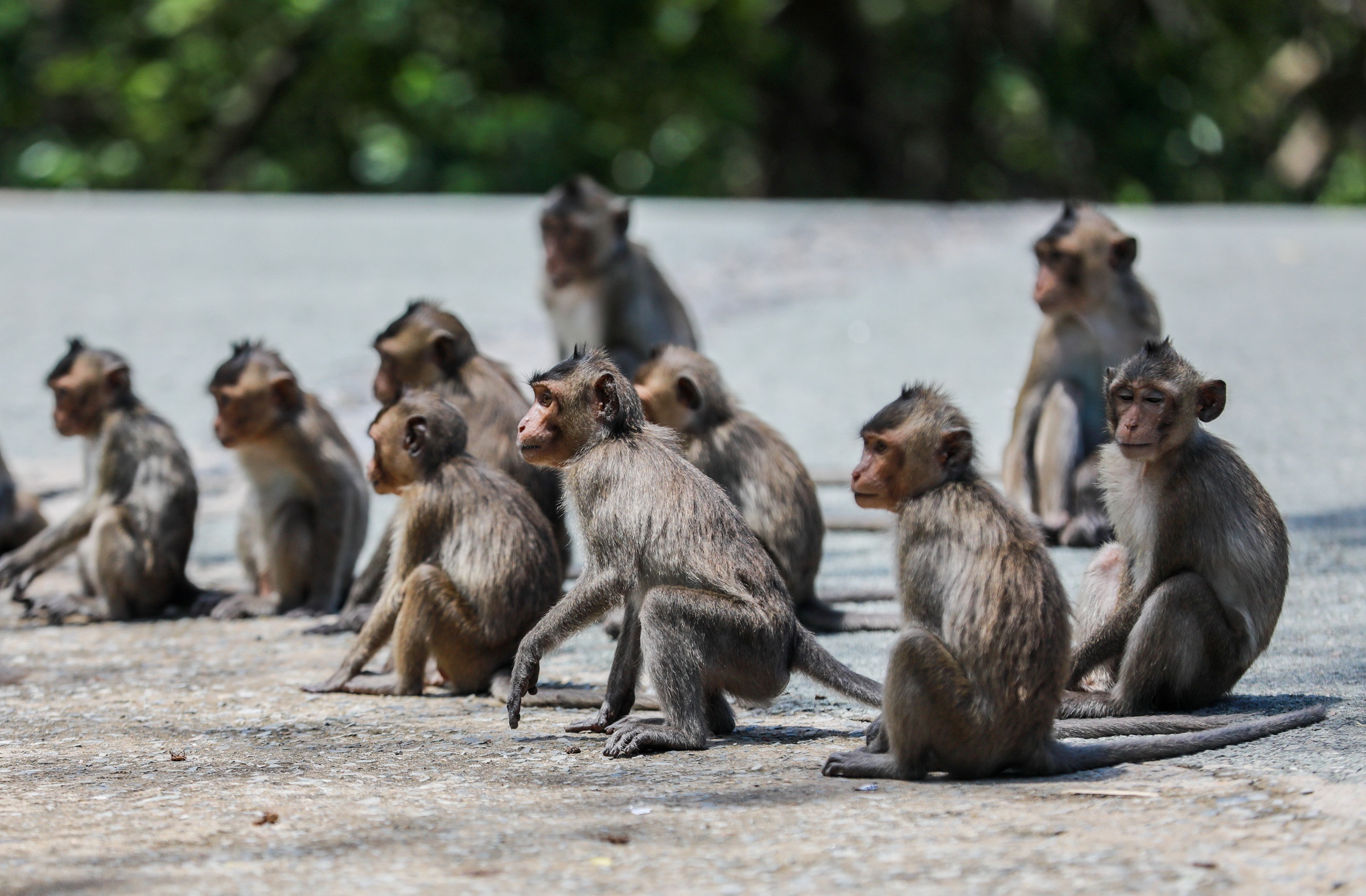 According to the complex's management board, after 1975 the entire Can Gio mangrove forest was bare due to the destruction of dioxin, also known as Agent Orange dropped by American soldiers during the Vietnam War.
Following efforts to reforest the local ecosystem, by the early 1990s monkeys began to reappear and multiple to their current numbers. Monkeys are scattered throughout the tourism area, though they seem to gather at the gate hoping to be fed.
However, feeding monkeys at some tourism venues in Vietnam has been criticized. Last year, wild monkeys were seen scavenging in garbage dumps and being fed by tourists on Son Tra Peninsula in Da Nang. Tran Thang, head ranger for the central city's Son Tra and Ngu Hanh Son districts, said feeding monkeys has made them reliant on humans for food instead of capable of finding it on their own in the jungle. By feeding monkeys, visitors are also at risk of diseases. 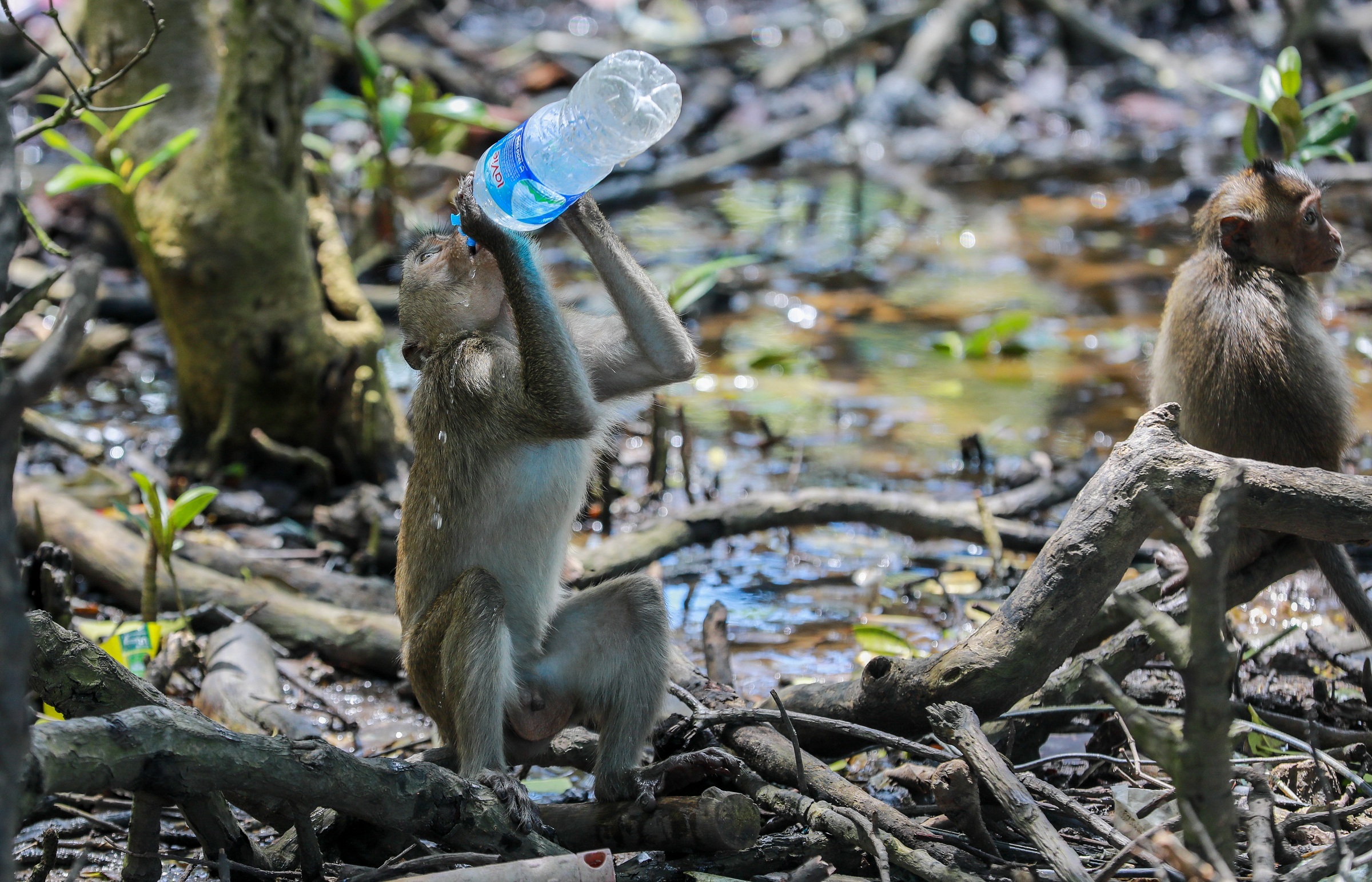 Monkeys are indiscriminate when it comes to eating and drinking, many digging up trash to find food. 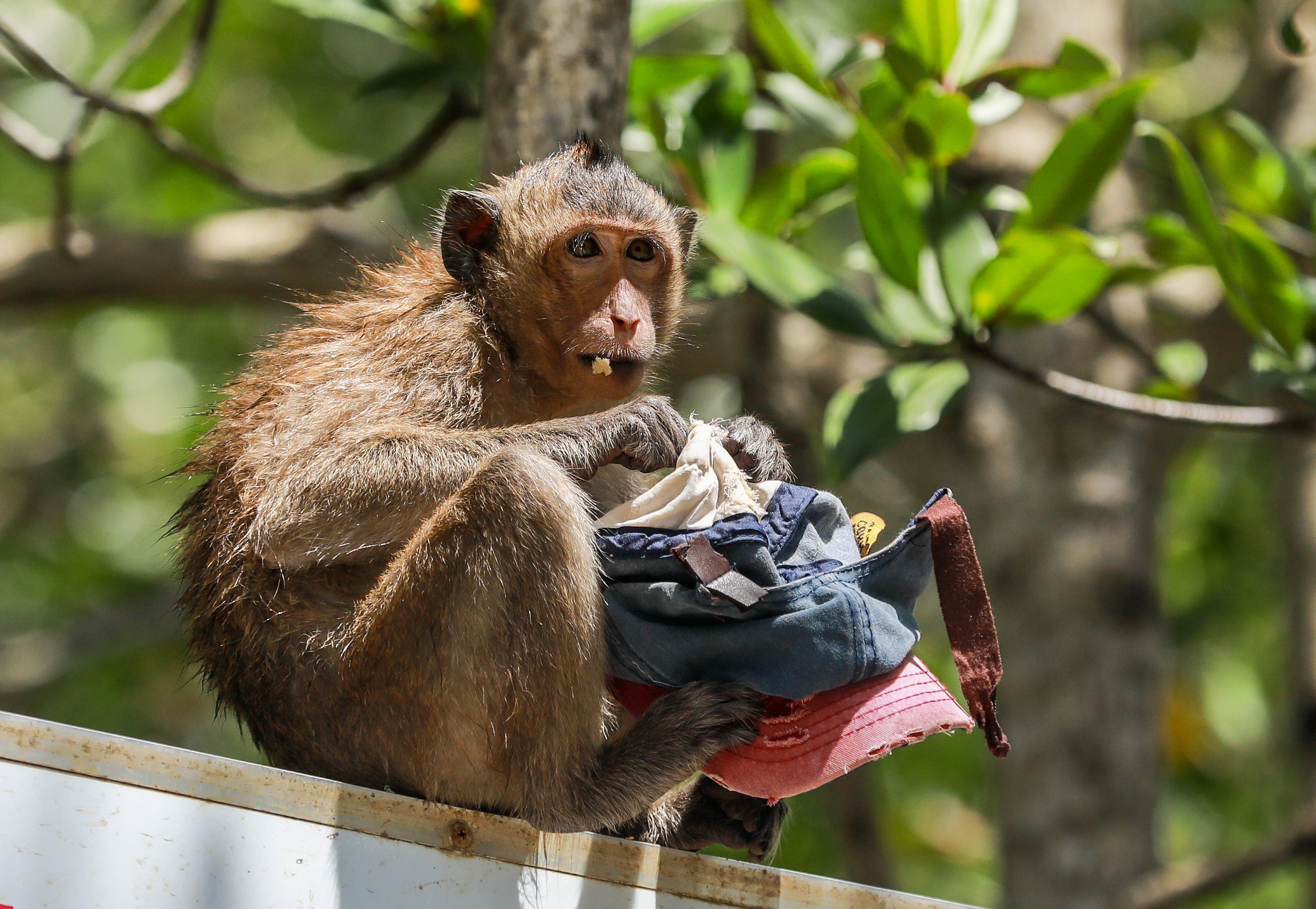 Management staff at Sac Forest Tourism Area often remind visitors to protect their personal items such as cameras, phones, hats and glasses in case these get snatched by inquisitive monkeys. Tight-knit monkey families are common across the tourism area. Mischievousness monkeys are known for their high entertainment value. 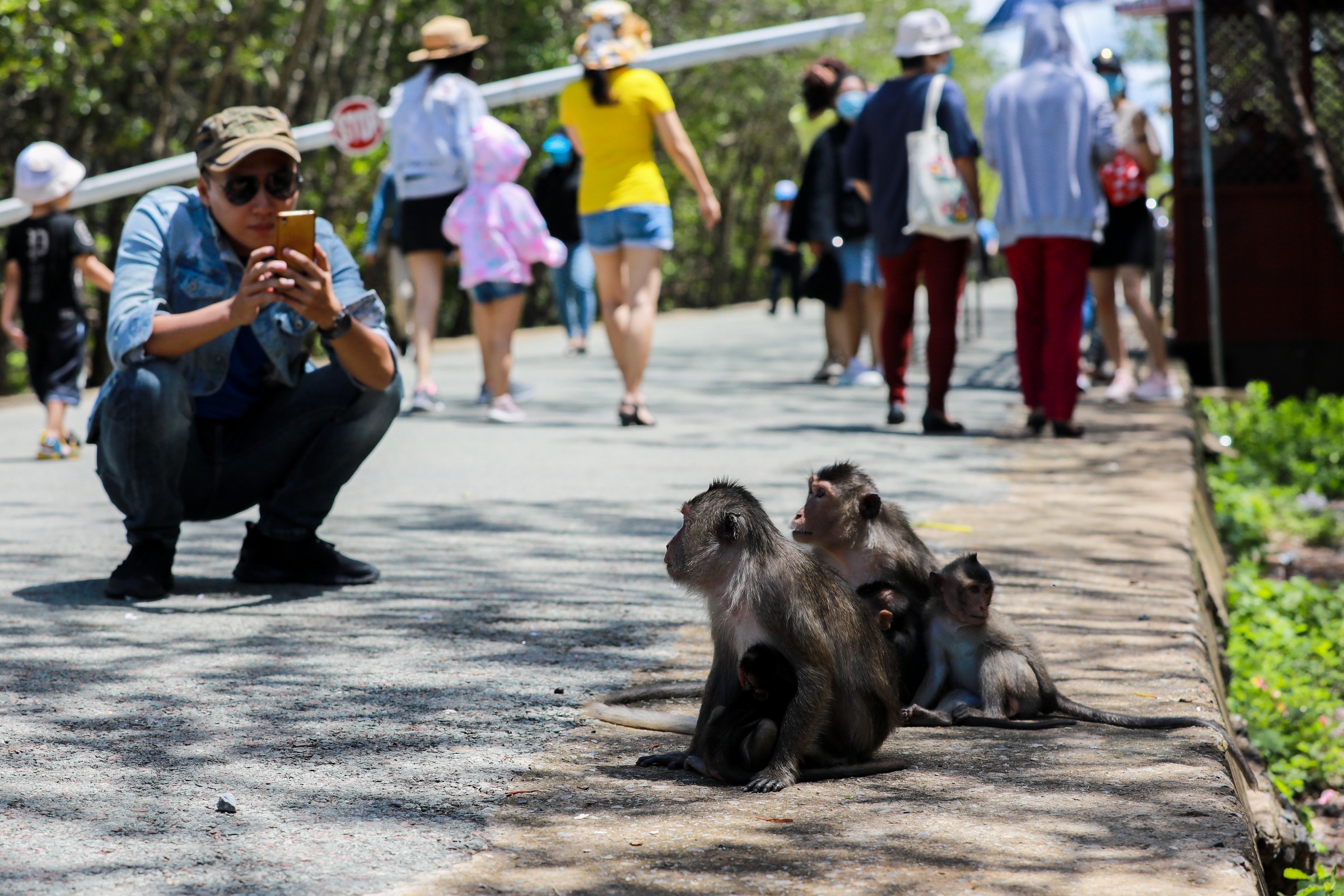 "Although a bit disturbing, they are very lovely. I love seeing offspring carried on their parents' backs," visitor Tuan said, snapping away on his phone. 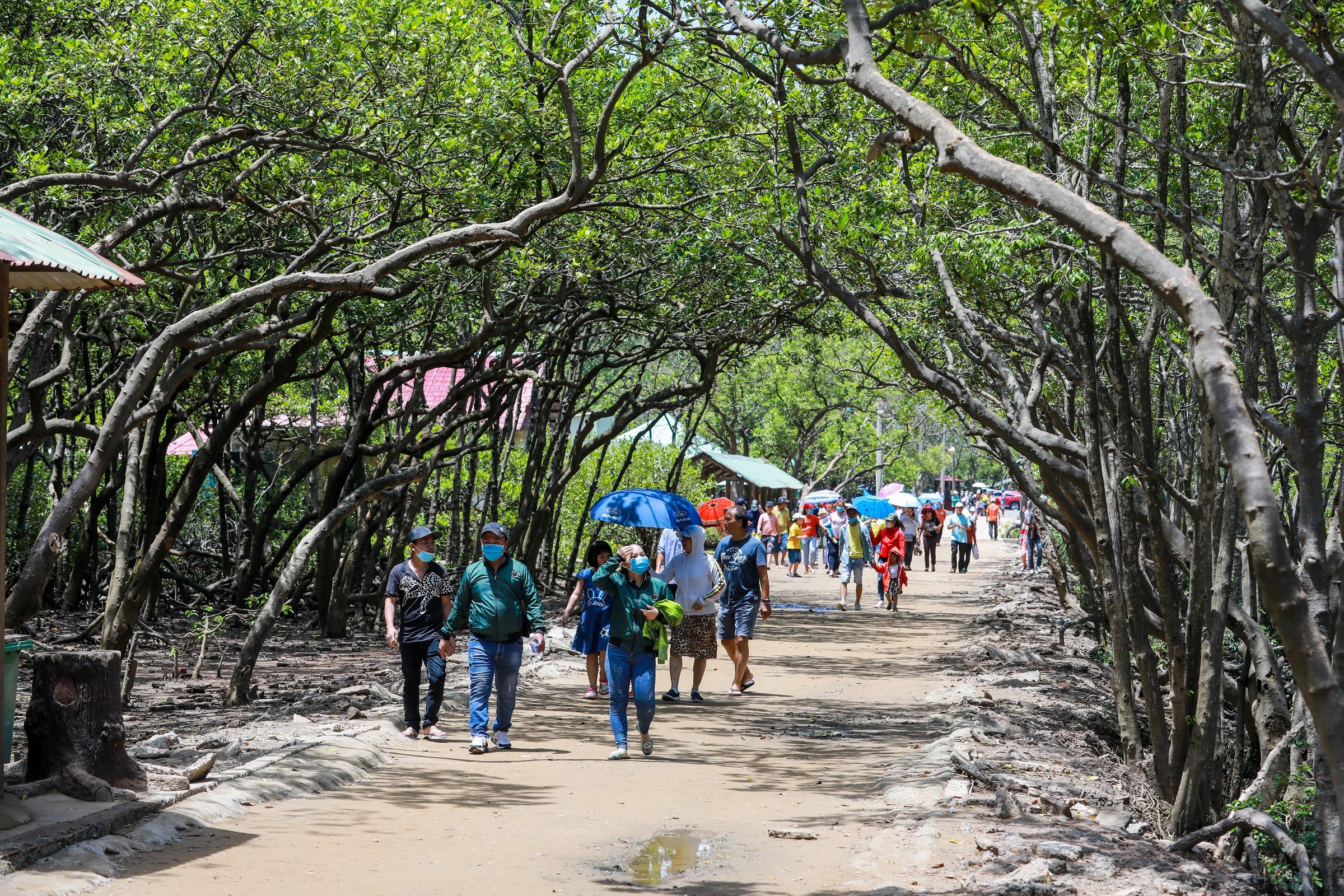 A paved walk through the forest offers a chance to breathe some fresh air, learn about the mangrove system and the history of Can Gio where the country's guerrillas were based during the Vietnam War.