Around 100 nautical miles away from the southern coast of Vietnam lies Tho Chau Islands, also spelled as Tho Chu, an oceanic pearl preserving untouched nature, leading some to refer to it as a hidden paradise. 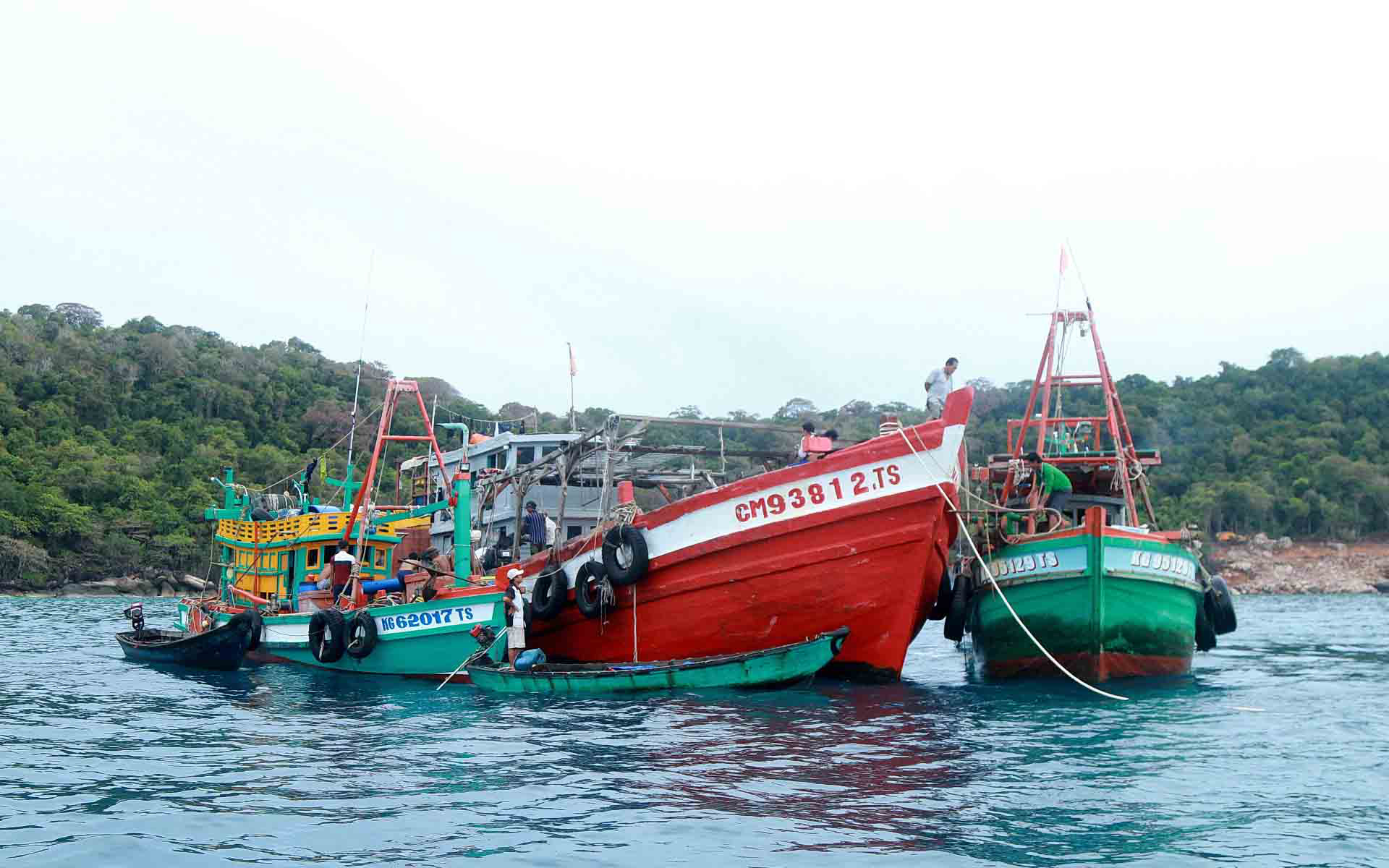 Tho Chau is also the furthest offshore island commune in an inlet of the Gulf of Thailand that adjoins the southwestern coast of Vietnam.
It is administered by the Mekong Delta province of Kien Giang and is 100 nautical miles off the provincial capital city of Rach Gia.
In recent years, offshore fishing crews from the provinces of Quang Ngai, Binh Dinh, Khanh Hoa, Ninh Thuan, Ben Tre, Ca Mau, and others have stayed in this area for months at a time, according to Lt. Col. Doan Ngoc Giang, head of the Tho Chau Border Post.
“Tho Chau is considered a significant fishery and also an important base for fishing logistics, which makes it a hectic, lively market in the middle of the sea,” he added.
Thriving fishing crews have helped nourish an array of support services in the area, such as charter ships which procure the fishermen’s catch in exchange for ice, gasoline, and other necessities, all while bringing food and fresh water to the island.
Tho Chau consists of multiple islands, many of which have their natural features perfectly intact and free from human interference.
The view from the top of the Tho Chau lighthouse provides its visitors with a panoramic view of the archipelago, while Hon Nhan Island greets its guests with a spectacle of birds filling the sky in droves and coral reefs gracing the ocean with their beauty.
The charm of the island draws in an increasing number of tourists from Ho Chi Minh City as well as the Mekong Delta and northern regions every year.
Many refer to Tho Chau as a hidden paradise. The islands are to become a tourism-oriented commune, according to local plans.
One company is mulling over proposals to operate a high-speed ferry route between the tourism hotspot island Phu Quoc and Tho Chau, which will shave two hours off the current four-hour journey time, bringing the hidden paradise gradually closer to the coast.
Posted at 2020 Jun 26 18:07

Po Klong Garai is the most spectacular and beautiful structure of its kind that has remained in Vietnam.

5 Things You Need To Know Before Visiting Vietnam

Vietnam is a beautiful country and the one that comes with impressive and stunning nature, history, and culture. All of this makes it an ideal place for tourists from all over the globe. Because you are reading this, we know that you are planning to visit Vietnam. Here are the top things to know before you start your trip.