Photographs of the Mau Son range in northern Vietnam, taken over several years by a local lensman, reveal its diverse charms. 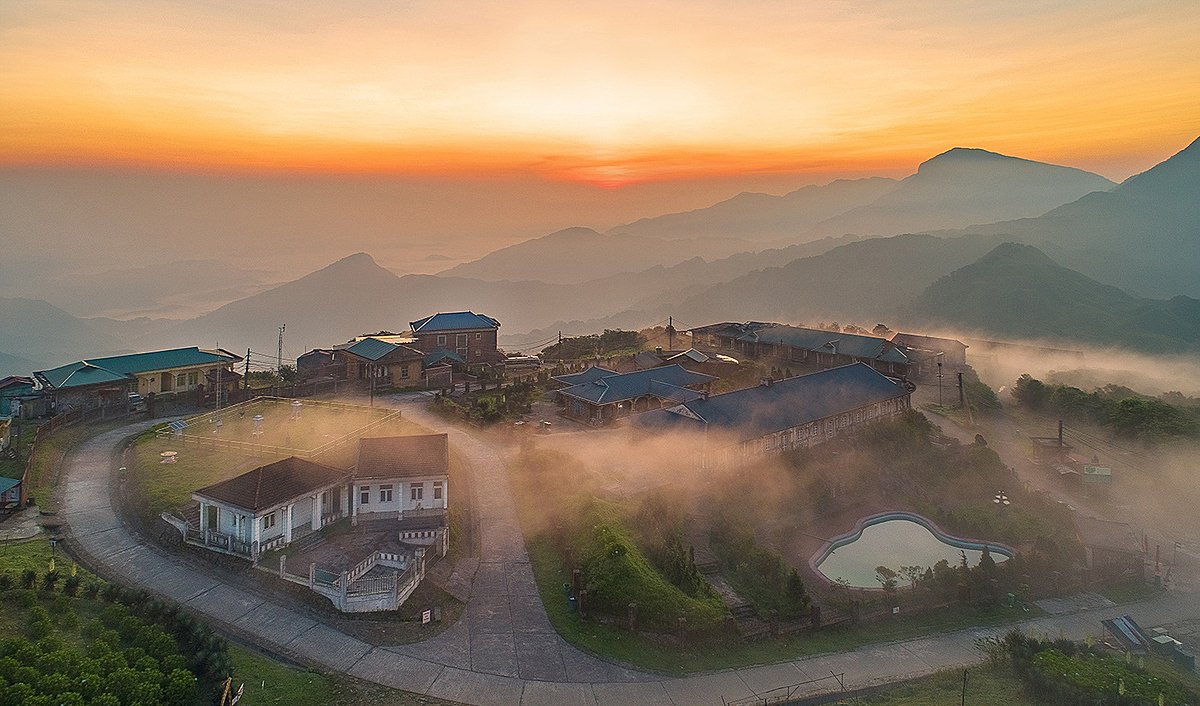 Wispy clouds cast a mist over one of Mau Son peaks at more than one kilometer above sea level in Lang Son Province, which borders China and 180 kilometers to the northeast of Hanoi. Each season, including the cloud hunting season from August to March, casts Mau Son in a unique light. Adding to the scenic diversity are its inhabitants, including the Dao, Tay and Nung ethnic communities.

The photographs are part of a series by Lang Son resident Bui Vinh Thuan.

The Mau Son mountain range stretches from Mau Son Commune in Loc Binh District to Cong Son Commune in Cao Loc District. A part of the mountain is on the China border, marked by the Chi Ma border gate at the bottom. Visitors to Mau Son during April and May every year will have the chance to see locals plant rice on terraced fields next to anise forests. Besides rice, locals use the fields to plant corn in early summer, presenting a completely different look. 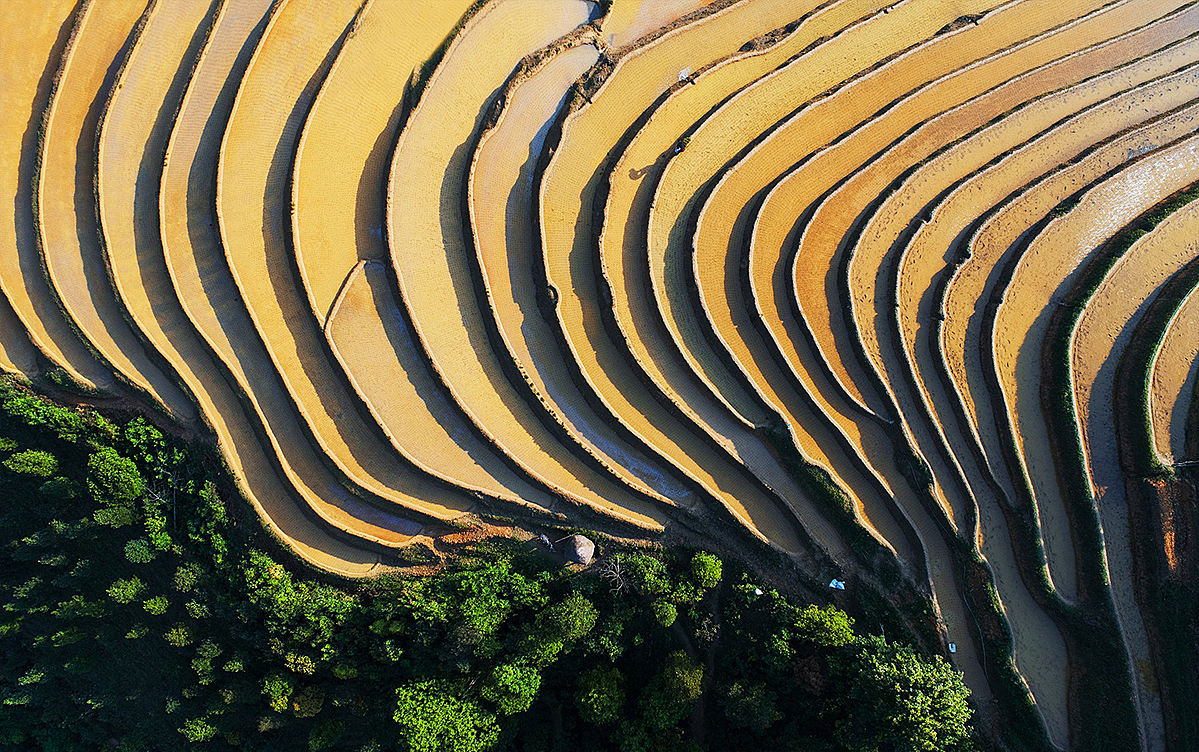 A 7-meter waterfall in Mau Son. There are over 10 large streams that flow across the northern and southern slopes, creating many waterfalls with clear water all year round. Travelers can enjoy themselves outdoor camping, swimming by waterfalls and enjoying the sight of hydrangeas, a flower species that blooms profusely every summer. 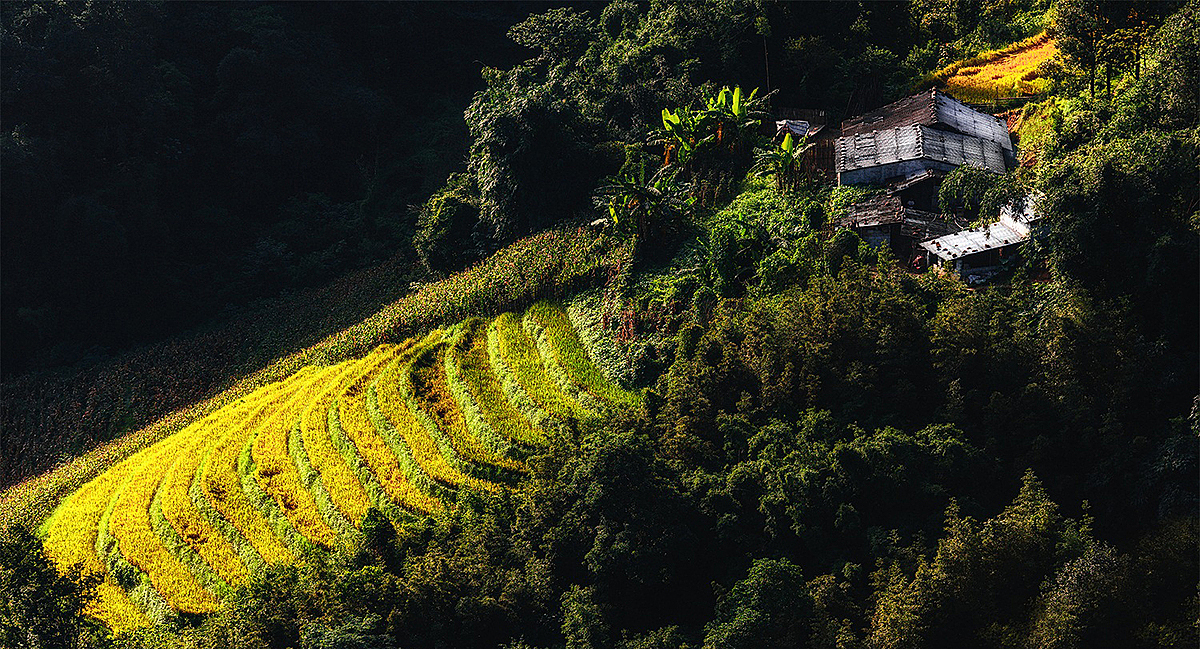 The mountain is submerged in the golden color during rice harvest season during July and August.

The mountains turn golden as the rice crop ripens in July-August and are a sight that draws thousands of visitors every year. The different shades of green and yellow formed by the fields and surrounding trees and shrubbery, not to mention the brown and other hues of the farmer’s huts are a visual delight and a photographer’s dream.
A view of a 3 km traffic jam on the opening day of tourism festival on June 2019. Thuan shared this place is packed with tourists during the summer since there are many tourism events featuring running, cockfighting and others happening in June. An aerial view of a 3 km human snake moving up and down a hill on the opening day of a local annual tourism festival in June 2019. The festival is one of the activities that Lang Son undertakes every year to promote the province’s attractions in general and that of Mau Son in particular.
Thuan said that the place gets packed with tourists in summer because there are many entertaining events organized at this time, including folk games and folk music concerts. Mau Son on a winter day in January 2016. This is a rare occurrence, but the snowfall showcases the wide range of weather events that the range hosts.
Although the snow season helps this place attracts many tourists, the icy weather can cause damages to local crobs. 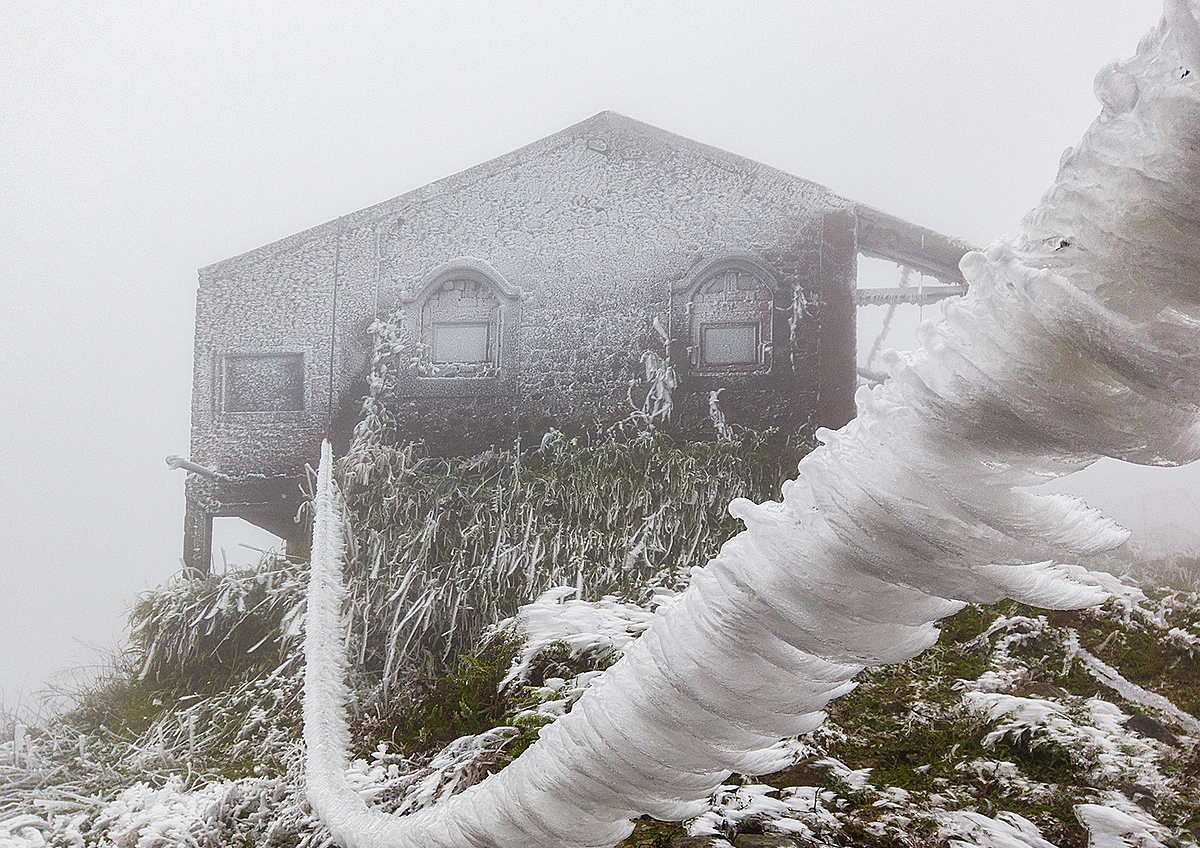 An elderly man from Dao ethnic group, a minority group that account for 95 percent of local population, in spring cherry blossom season.

A woman from the Dao ethnic minority in her traditional, homemade finery smiles beside a peach tree with its pink blossoms. The Dao account for 95 percent of Mau Son's population. White plum flowers frame the way to a house in a Mau Son village. Thuan, the local photographer, said: "Nature has bestowed Mau Son with fresh air and magnificent mountain landscapes, so you can see the vivid scenic changes that the four seasons display every year."
Posted at 2020 Jul 29 16:43
Go back