If you are planning to visit former imperial capital Hue in central Vietnam, these are two nature-friendly resorts beside the iconic Huong (Perfume) River worth trying. 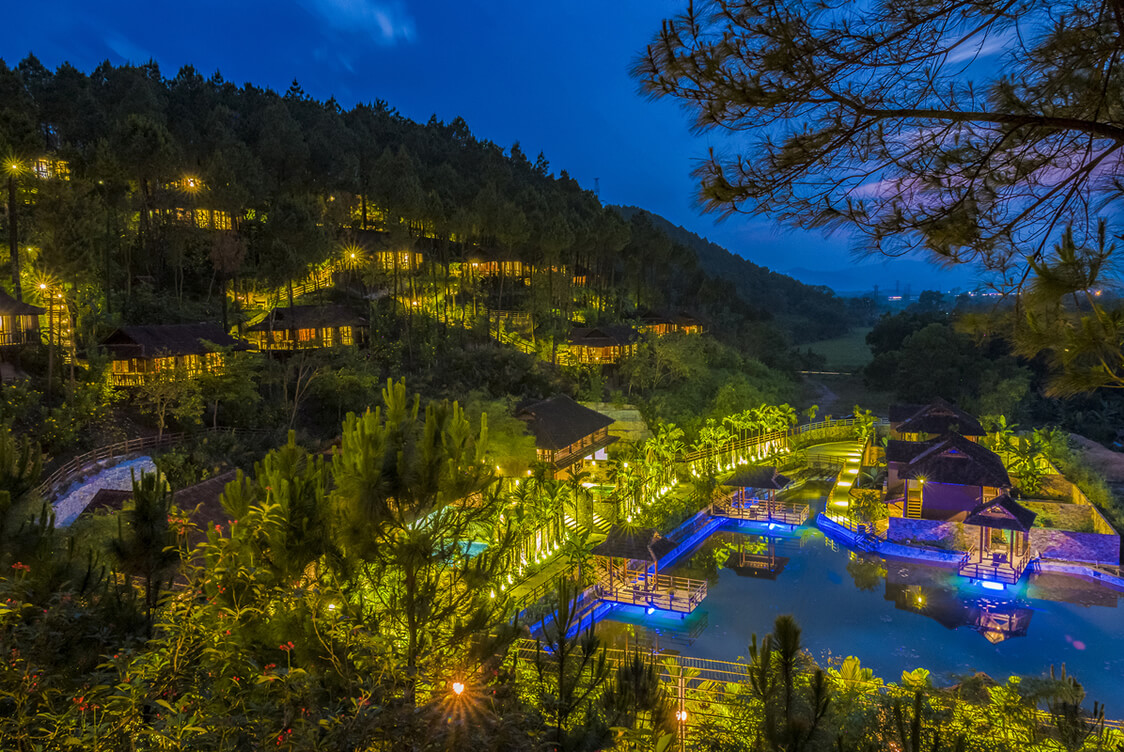 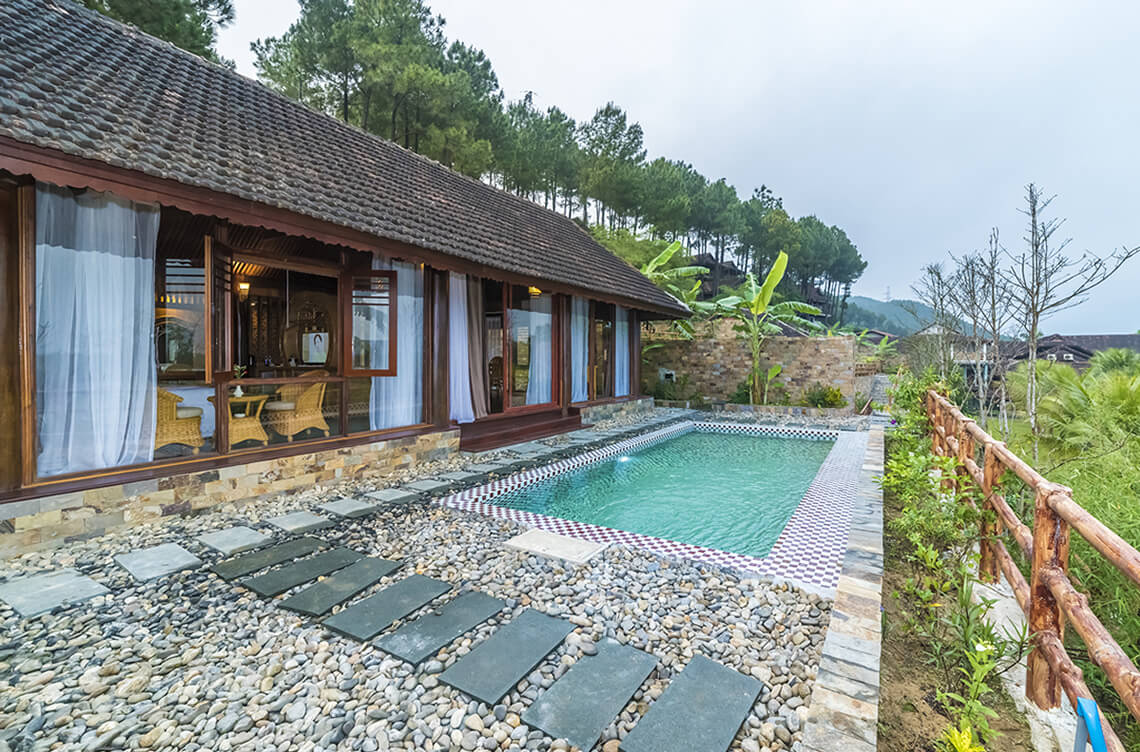 The resort features a mix of modern and traditional architecture with all 97 bungalows and villas stretching along the hillside. The interior is mainly made of wood, bamboo and rattan. Each room costs VND2 million ($87.03) a night. 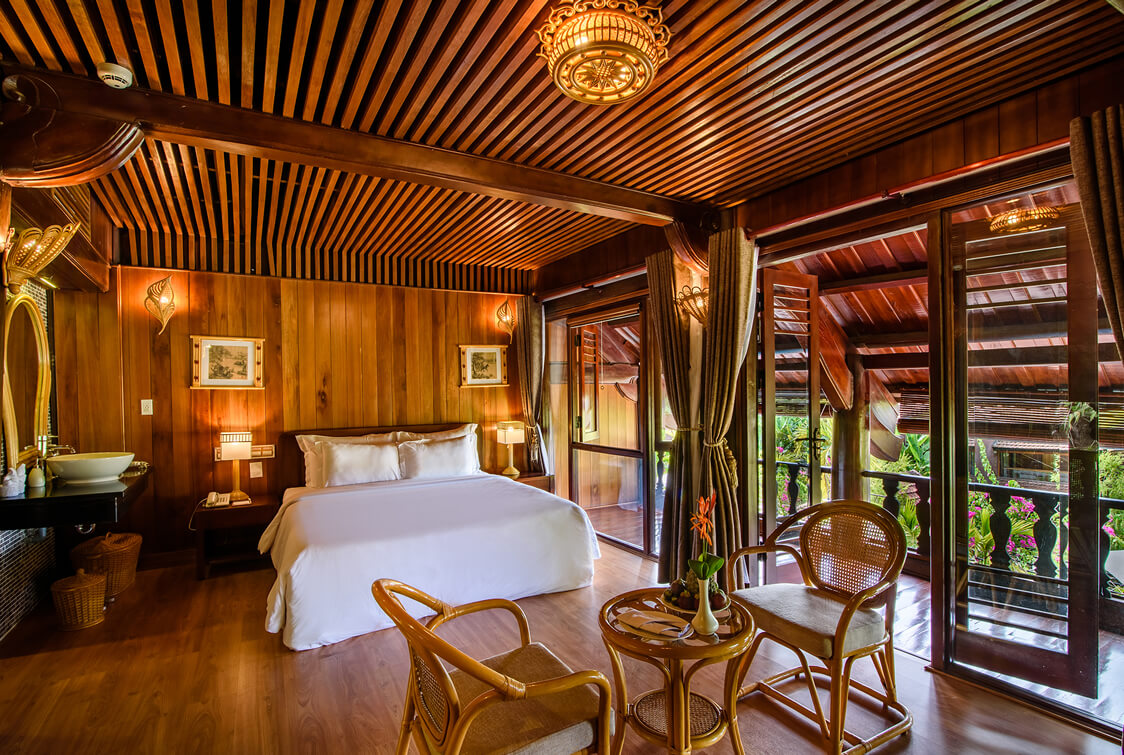 Rooms are designed in the style of a hand-made traditional wooden house (nha ruong co), a cultural feature stemming from Nguyen Dynasty, Vietnam's last royal family that ruled the country from 1802 to 1945. Many rooms feature additional Chinese Honeysuckle flowers. 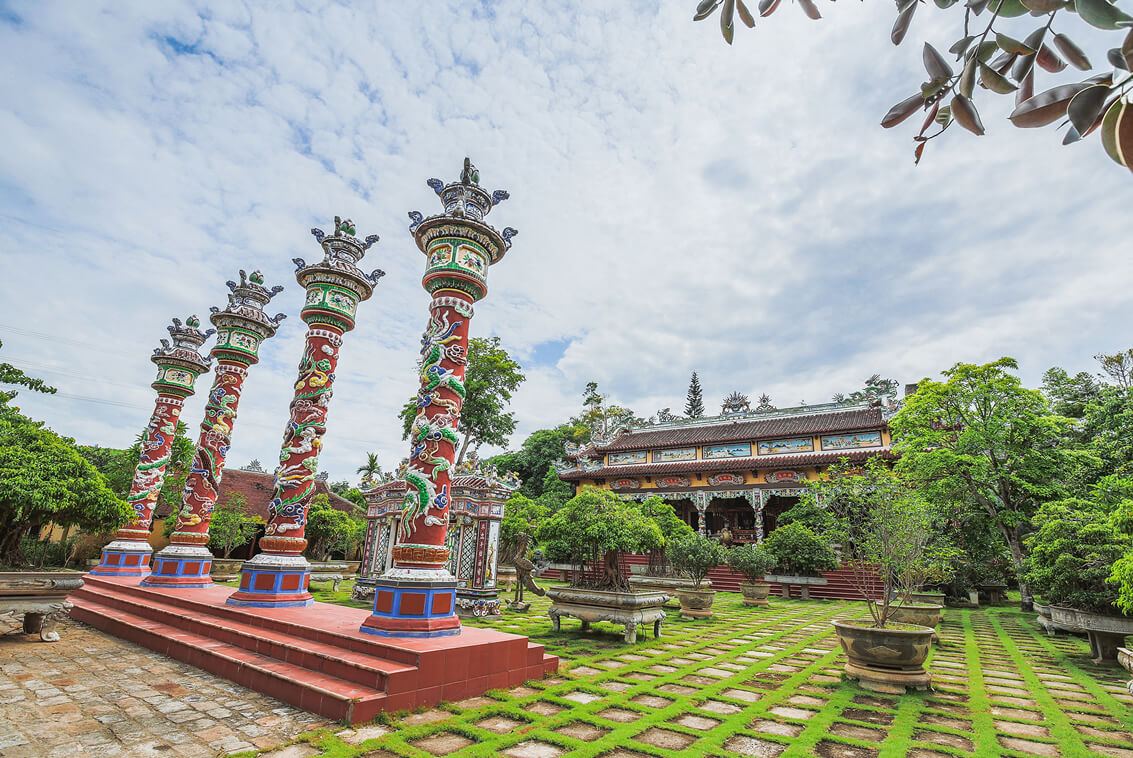 Inside the cultural village of the resort, there are ancient houses of more than 200 years in age and a Guol house depicting daily life of the Co Tu ethnic minority. The Co Tu are known as the "People of the Forest" for their strong affinity with nature.

While staying at the resort, visitors could participate in recreational activities like cycling, boating, fishing and waterfall bathing, or experience rustic life in a bamboo village. Entry costs VND100,000 a person.
Hue Ecolodge
The Hue Ecolodge resort is in Luong Quan Village of Thuy Bieu Ward, about five kilometers from downtown Hue. The resort is surrounded by a garden of Marian plum trees in the middle of a peaceful village.
It lies near the tomb of King Tu Duc who reigned for over 35 years from 1848, the longest of any Nguyen Dynasty ruler, and Thien Mu Pagoda, the oldest in Hue. 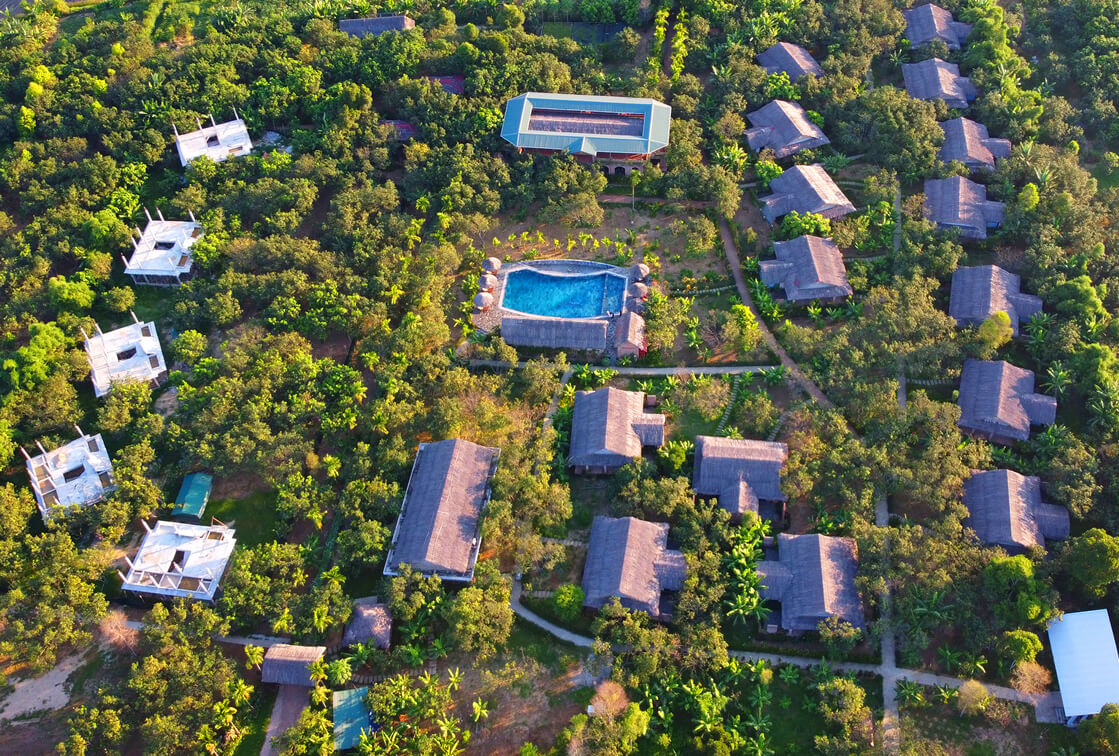 Paths across the resort are decorated with Hue’s famed fruit trees, including Thanh tra, a local pomelo variety. 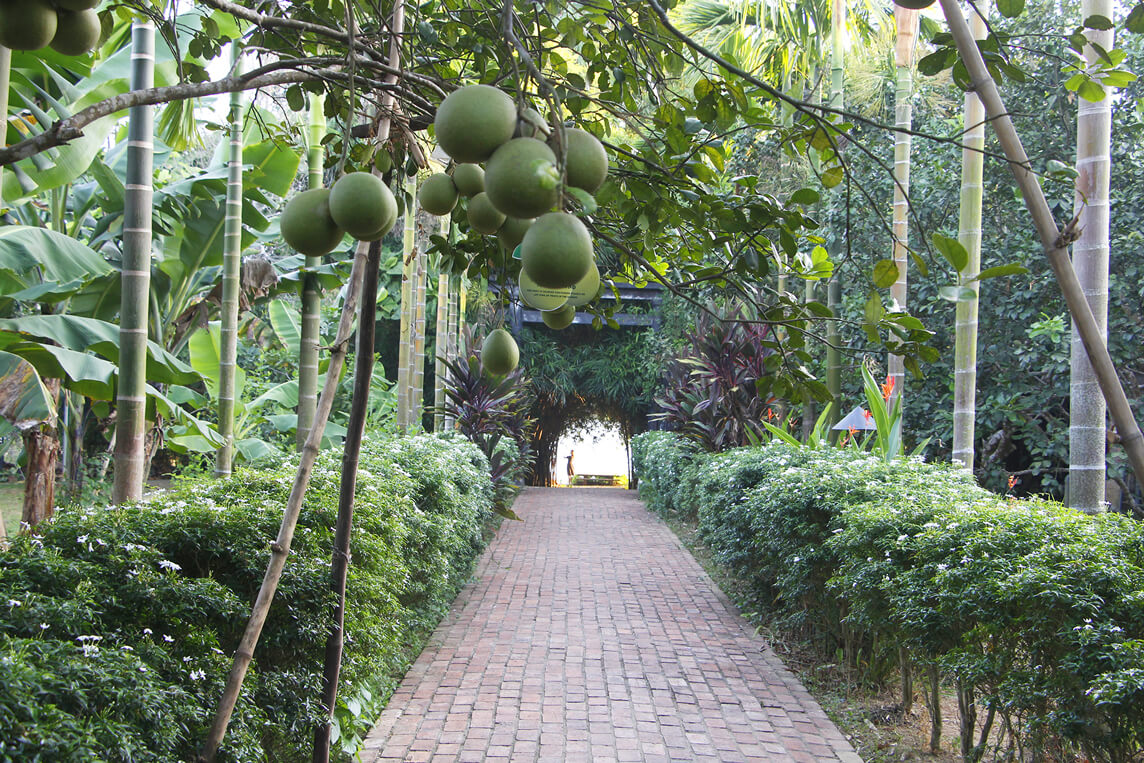 Thatch-covered bungalows are located separately in the middle of the Marian plum garden. 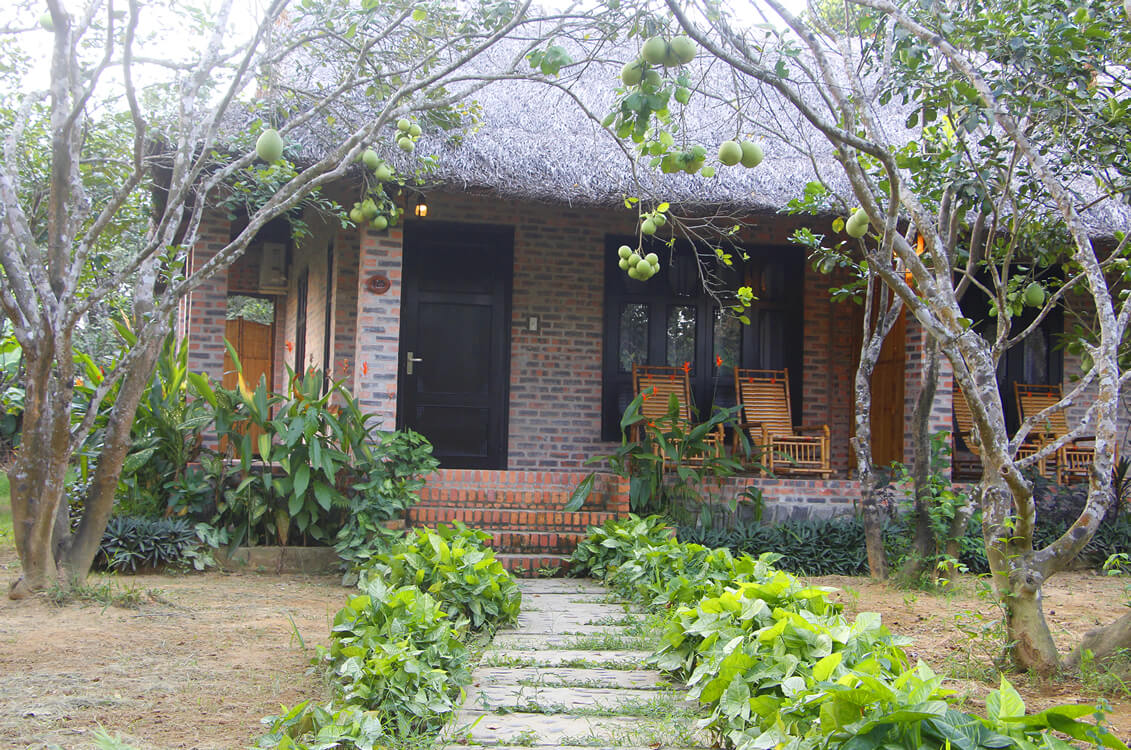 All rooms are designed in a royal, typically ancient style, each priced at VND950,000 a night 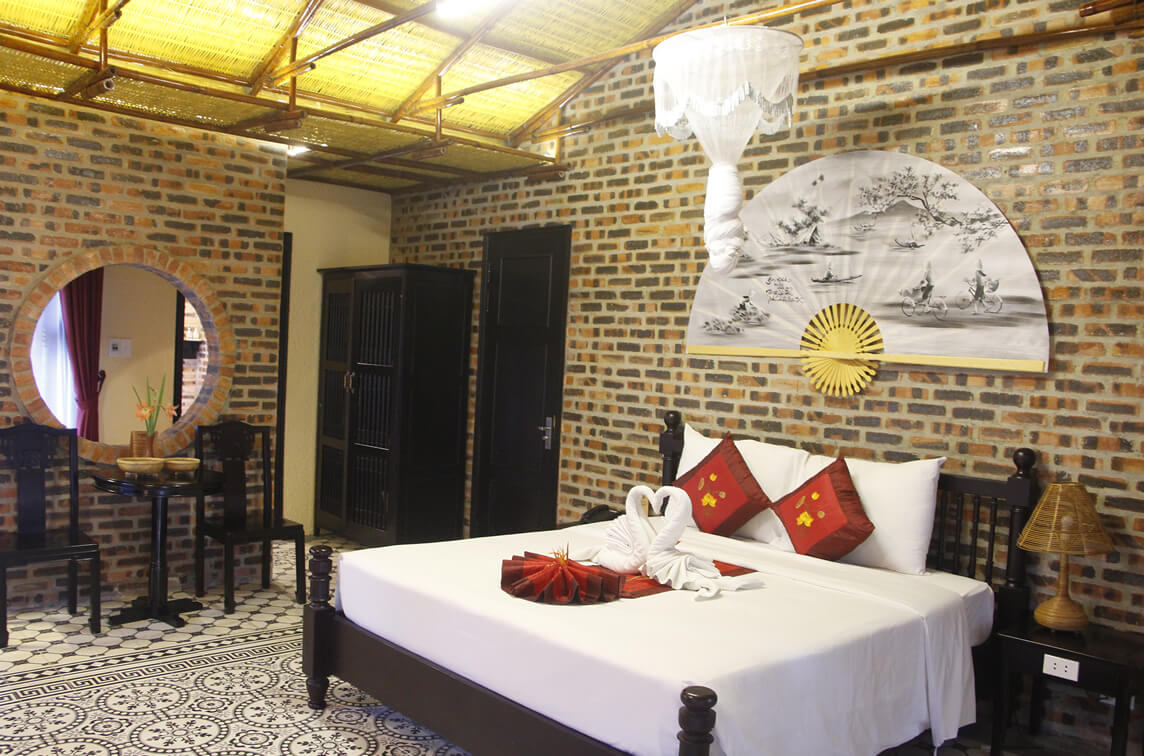 The 7 best road trips in Vietnam

With misty mountain passes in the north, bumpy rice field-flanked tracks in the south and glorious coastal highways stretching along its spine, Vietnam just begs to be explored on four or – more commonly – two wheels.