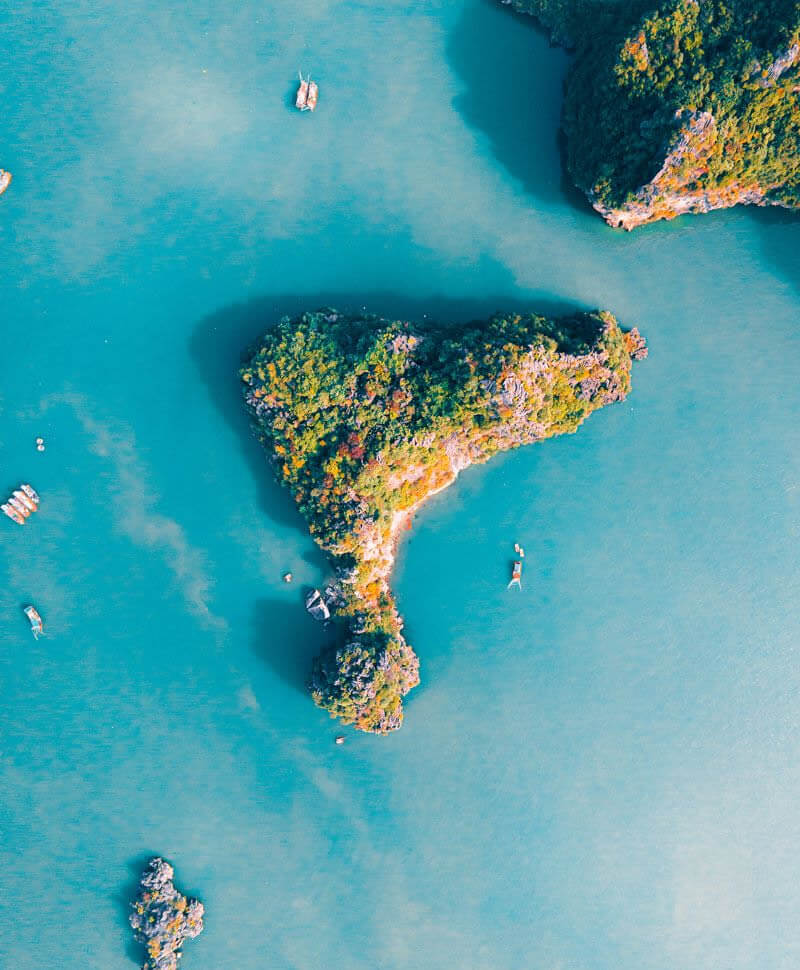 A corner of Ha Long Bay, a UNESCO heritage site and a popular tourist hotspot in the northern Quang Ninh Province, is humorously likened by the young photographer as "chicken thighs" from above.
Since its recognition as a UNESCO natural world heritage in 1994, Ha Long Bay has found a spot on the global tourism map, with travel bloggers and filmmakers hailing its emerald waters and thousands of towering limestone pillars topped by rainforests.

The tomb of Emperor Khai Dinh, located on the slopes of Chau Chu Mountain about 10 kilometers from downtown Hue, is shrouded in mist.
The site is much smaller than those of other Nguyen Dynasty (1802-1945) rulers. At the entrance, there are 37 steps leading to the main gate with dragons carved along the walls. Khai Dinh reigned from 1916 to 1925. 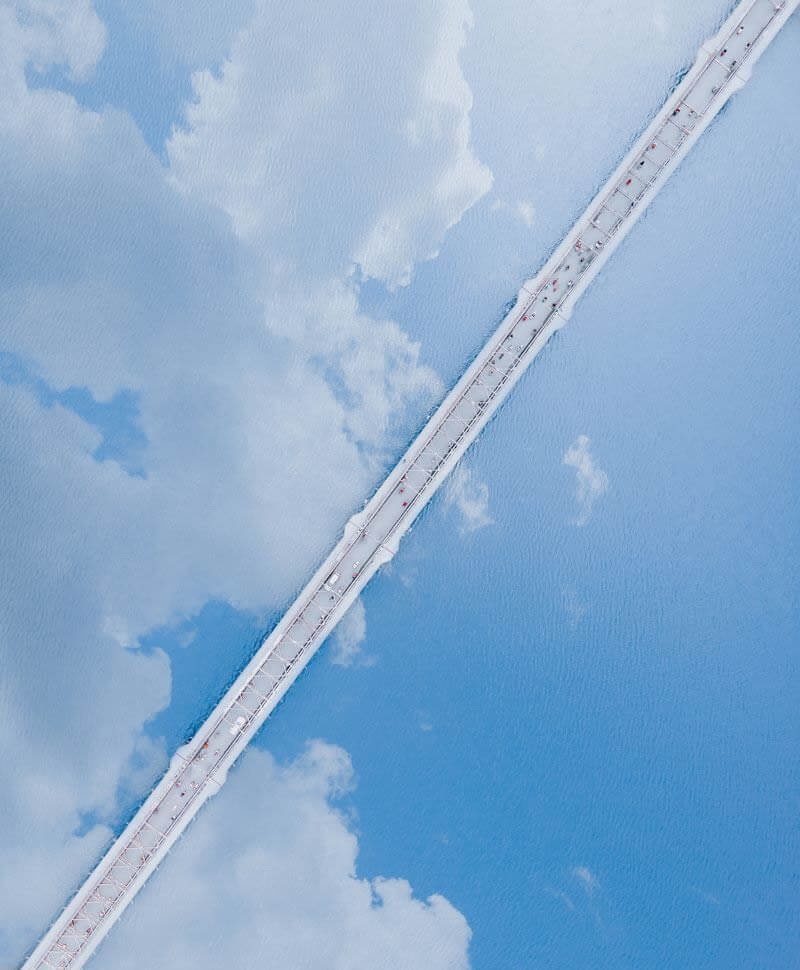 Truong Tien Bridge, a symbol of Hue, resembles a white streak in the sky caused by a plane passing by.
Built in 1899 during the reign of King Thanh Thai, the 10th Nguyen Dynasty emperor, the 400-meter bridge across Huong (Perfume) River was designed by Gustave Eiffel, the architect who designed the Eiffel Tower in Paris and Statue of Liberty in New York.
It has undergone several repairs following natural disasters and wartime bombings.

Located on Tam Giang, the largest lagoon system in Southeast Asia, Ngu My Thanh floating market in Quang Dien District is considered Hue’s busiest, with boats converging here from dawn.
Viewed from above, the thick layer of green moss at the bottom of Quang Loi lagoon, part of the Tam Giang system, can be clearly seen. 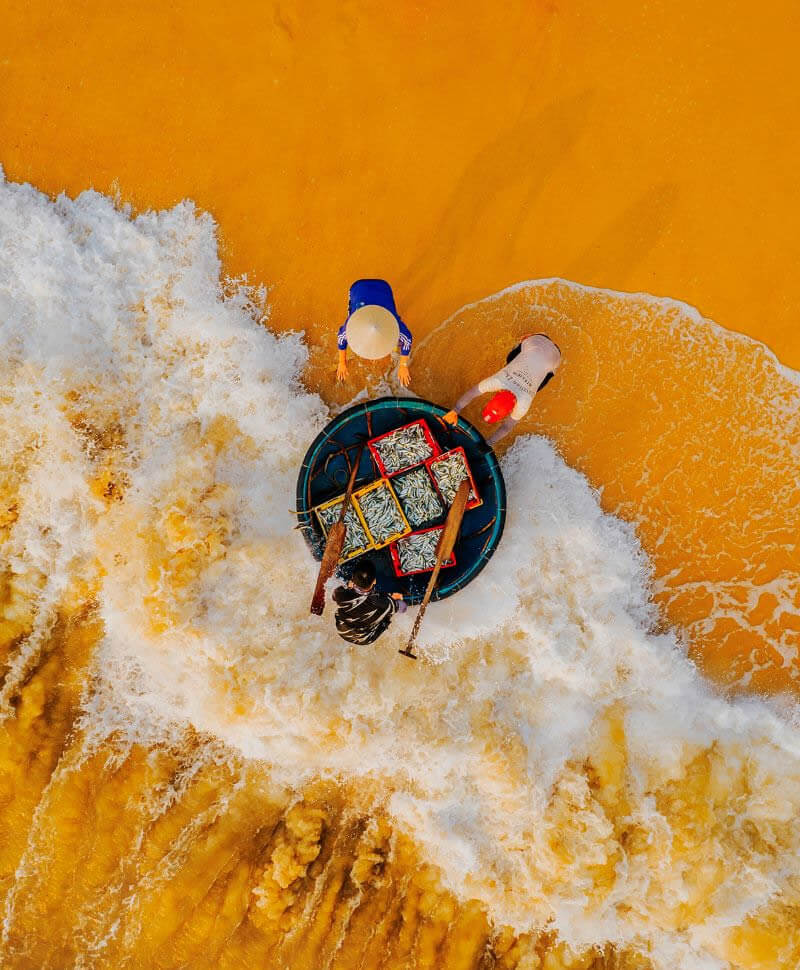 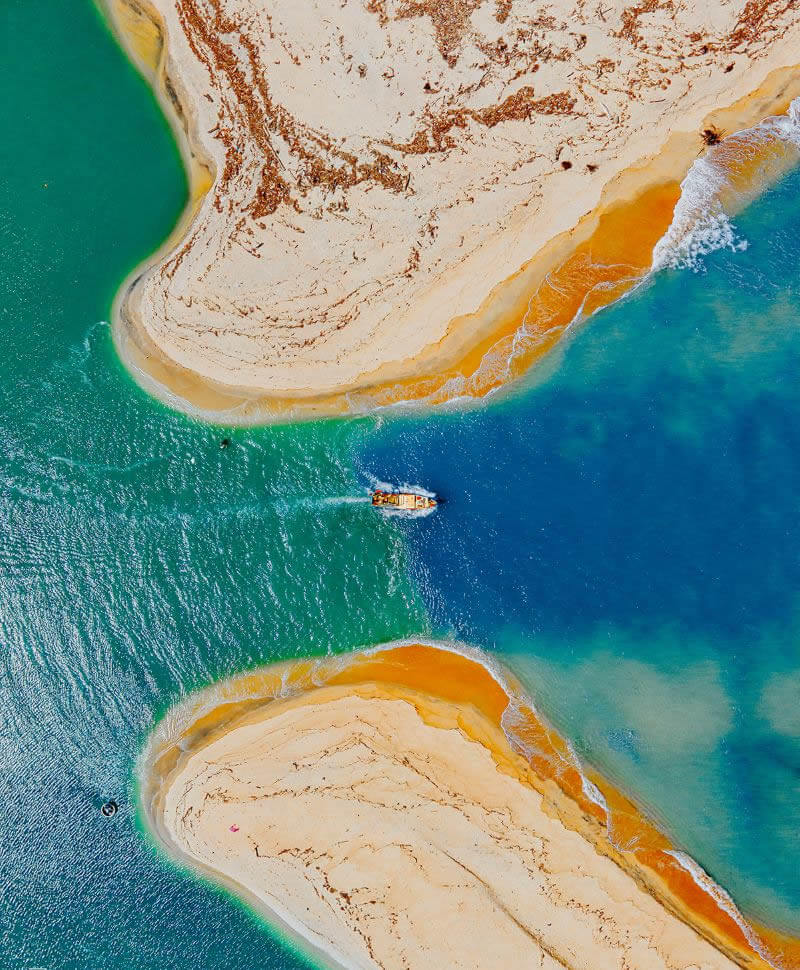 Co Luy estuary in the central province of Quang Ngai is where the river meets the sea, with two distinct water colors. 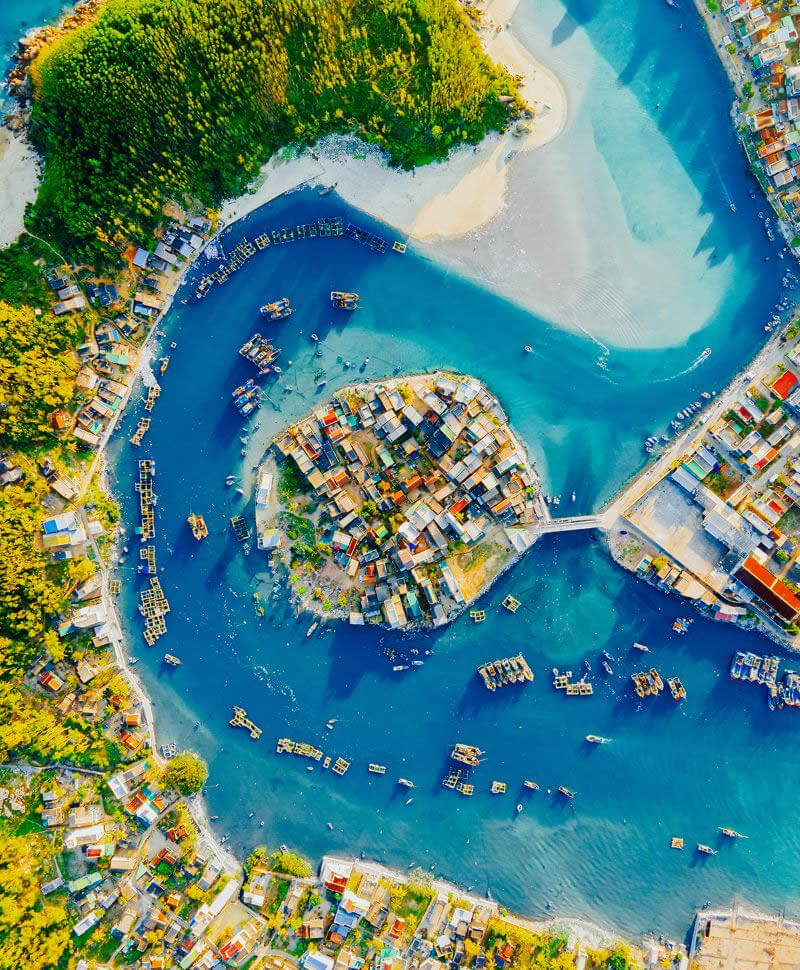 Con (Islet) Hamlet in the middle of a river in Quang Ngai Province.
Born in the nearby Quang Nam Province, Tai started his journey capturing the beauty of Vietnam more than a year ago. Up to now, he has set foot in about 30 provinces and cities. Tai's photos taken from above have been posted on travel groups on social media, receiving public attention from travel lovers. 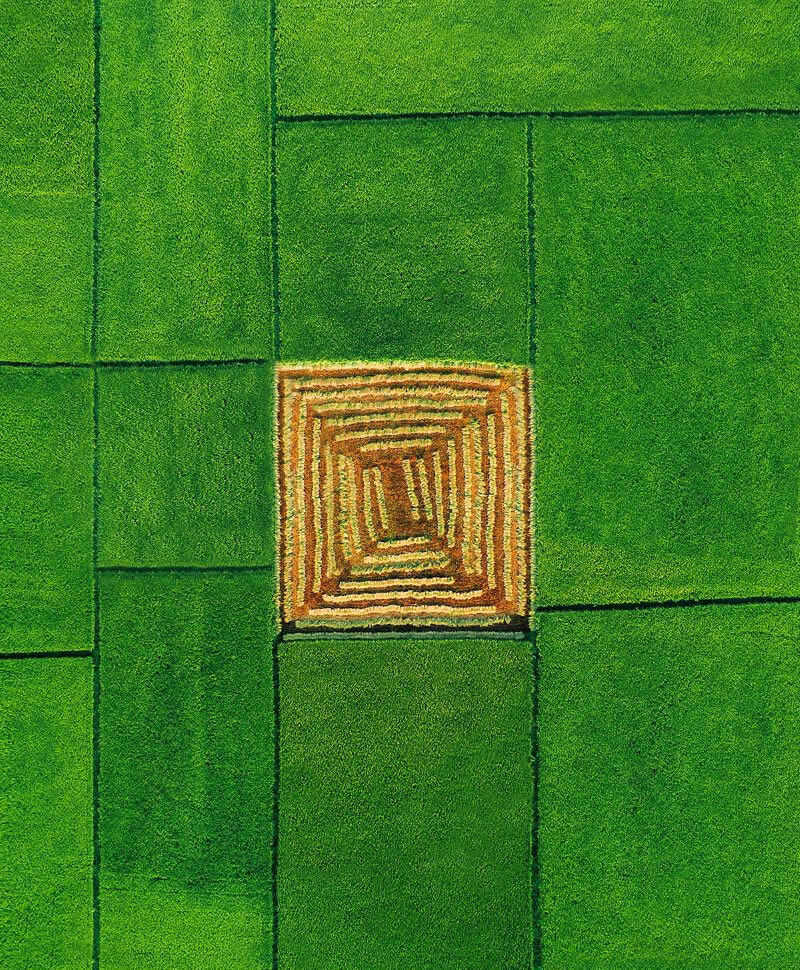 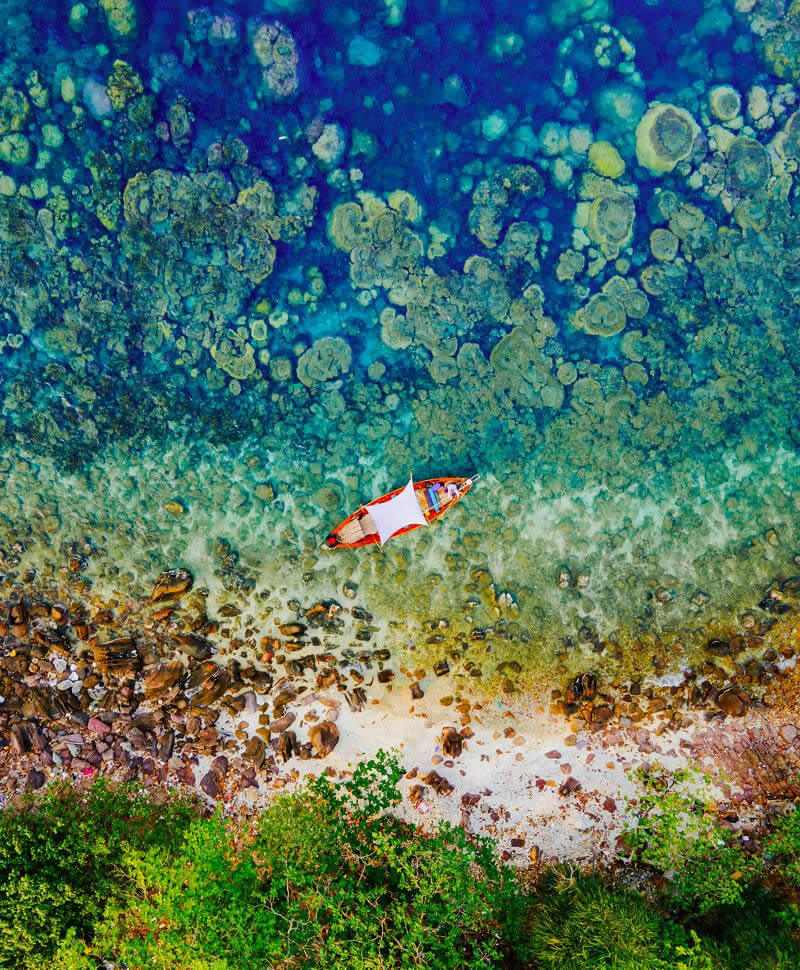 Hon Bang is a tiny islet located off Ganh Dau's northern coast on Phu Quoc, Vietnam's largest island off Mekong Delta province Kien Giang.
The islet is surrounded by coral reefs teeming with a diverse, untouched marine ecosystem.
One of the few uninhabited islets on Phu Quoc Island, it has no tourism services, luxury resorts or fancy restaurants.
Photos by Le Van Anh Tai
By Huynh Phuong
Posted at 2021 Jul 20 10:31

The market, the biggest festival of the northwestern mountain tribes, is expected to attract more tourists after the Covid-19 pandemic.

Hoi An Town in central Vietnam is eighth on this year’s annual list of 10 cheapest tourist destinations in the world.