Vietnam's beauty comes to life through lens of Saigon photographer

HCMC-based photographer Pham Huy Trung has depicted the beauty of Vietnam’s natural landscapes and daily life in a photo series. 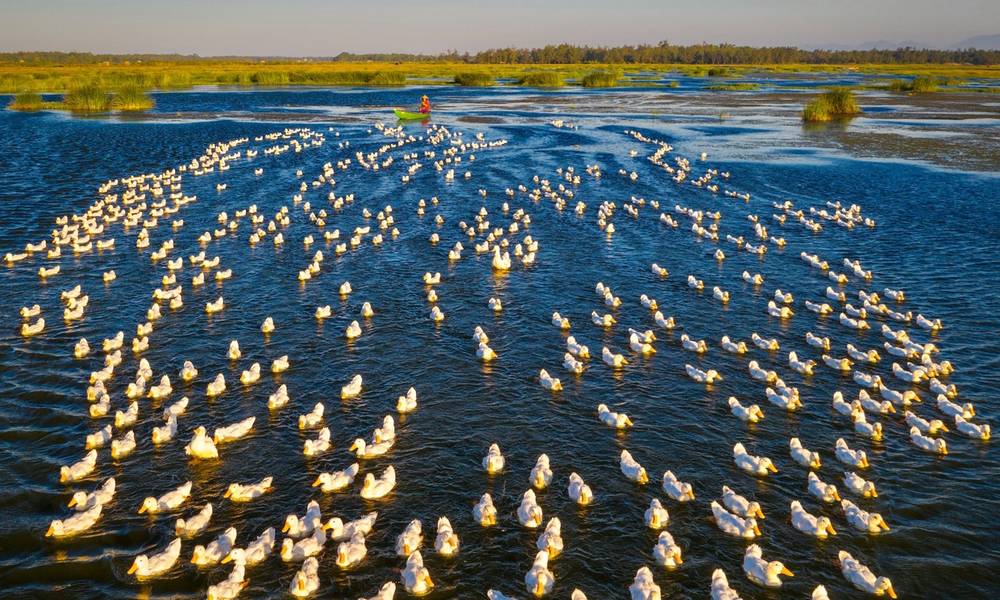 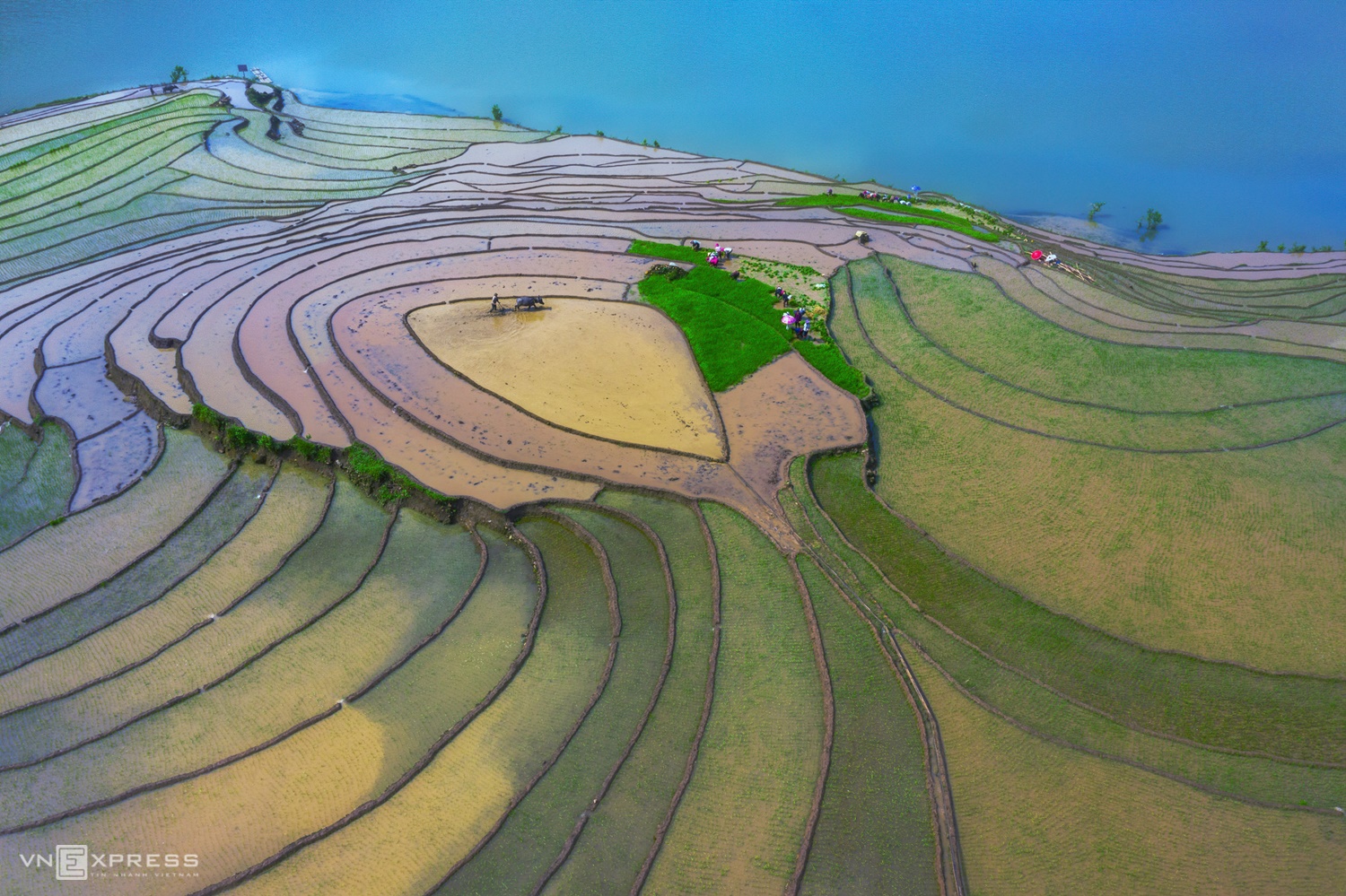 Terraced rice fields in Muong Hum Valley, Bat Xat District of northern highlands Lao Cai Province.
From late May to the end of June each year, local farmers flood their fields soon after the first summer rains and start transplanting rice seedlings for the new crop. 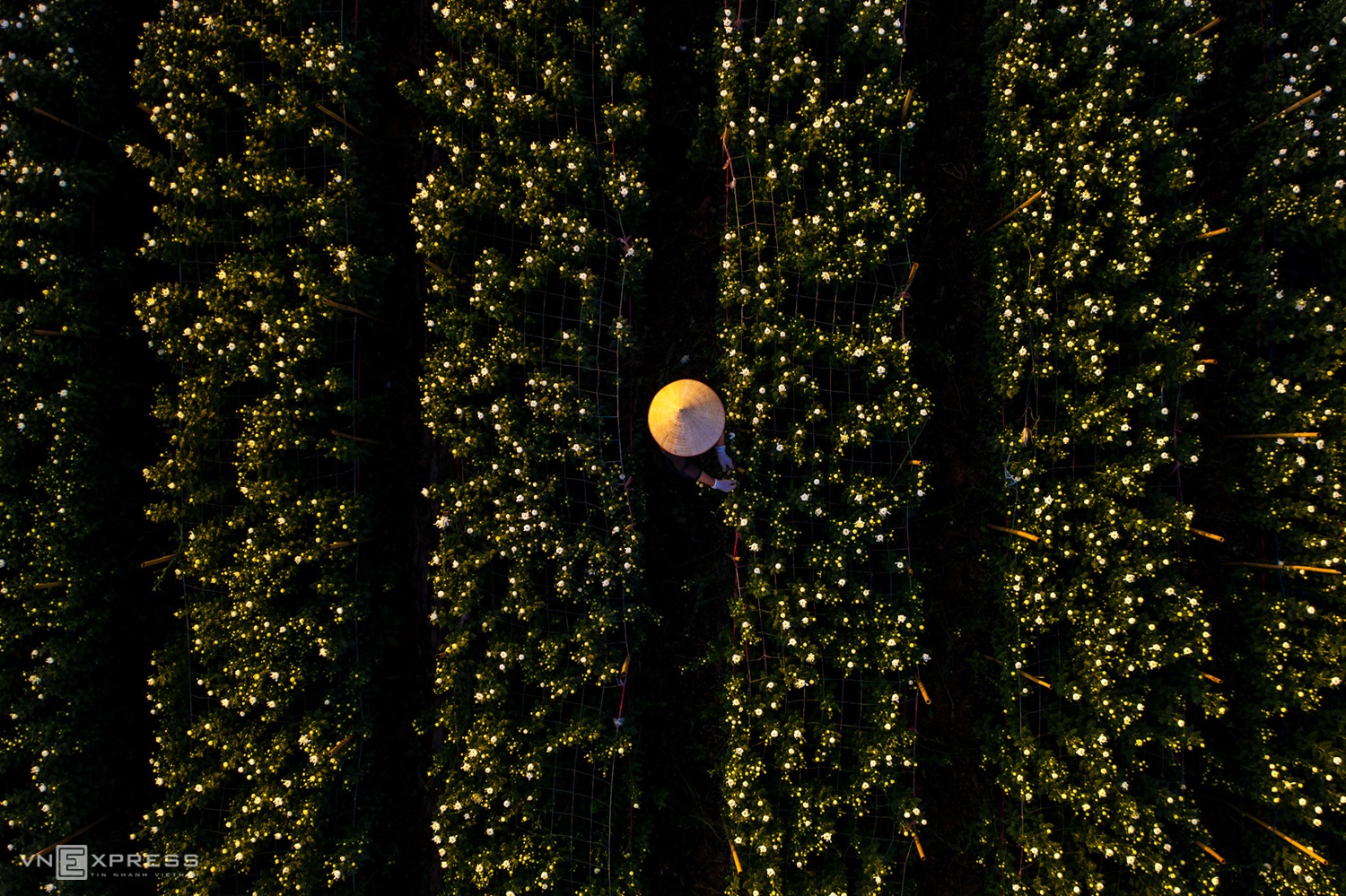 A woman tends her flower garden in Tay Tuu Village, about 20 km from Hanoi's center. Covering a total area of over 200 ha, Tay Tuu is one of the main flower suppliers to the capital and surrounding areas, especially during the Lunar New Year holidays. In 2017, it was recognized as a traditional craft village of Hanoi. 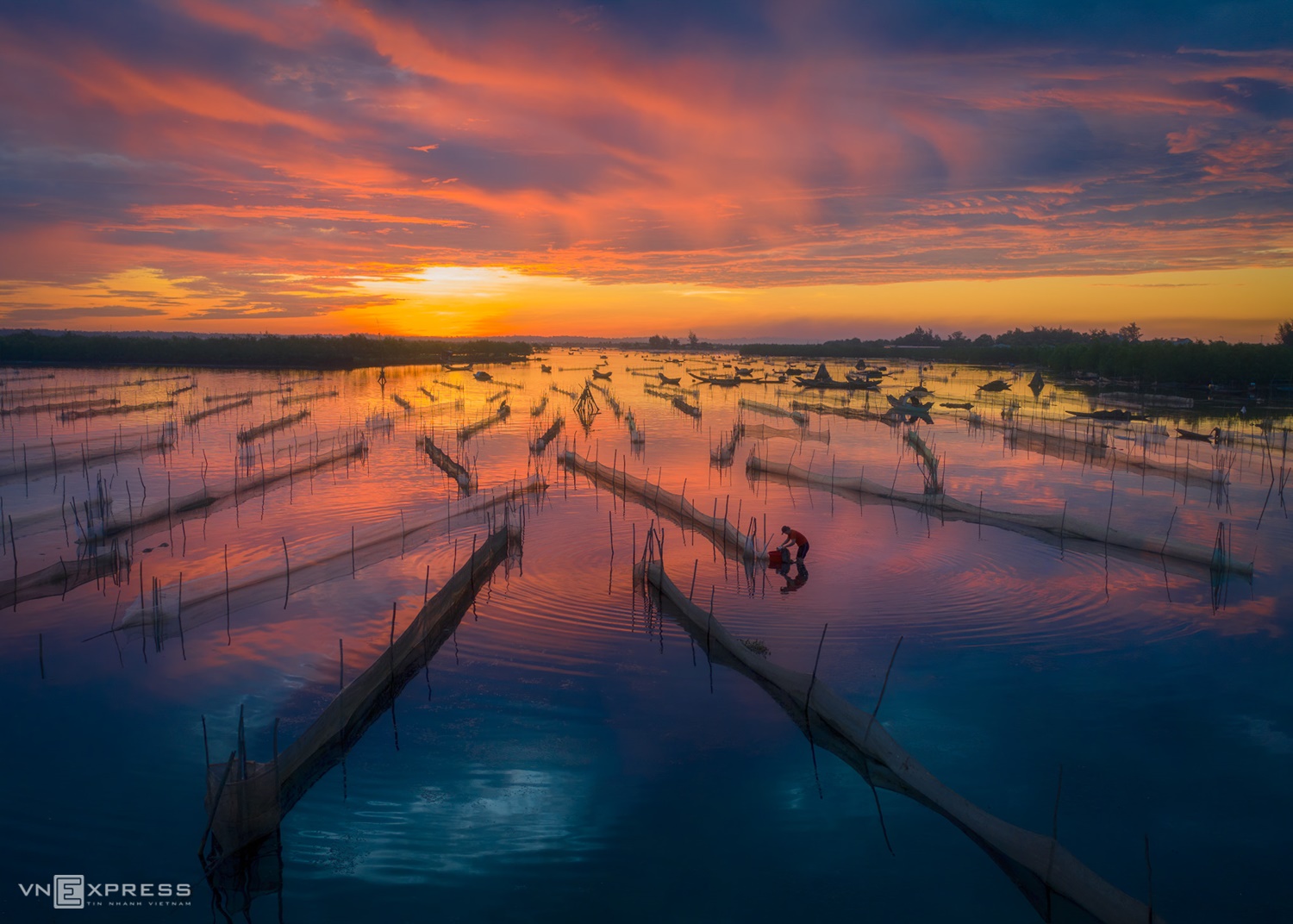 On Quang Loi Lagoon, part of the Tam Giang brackish water system of central Thua Thien–Hue Province, fishing is the main livelihood of locals who reside on their boats all year round. 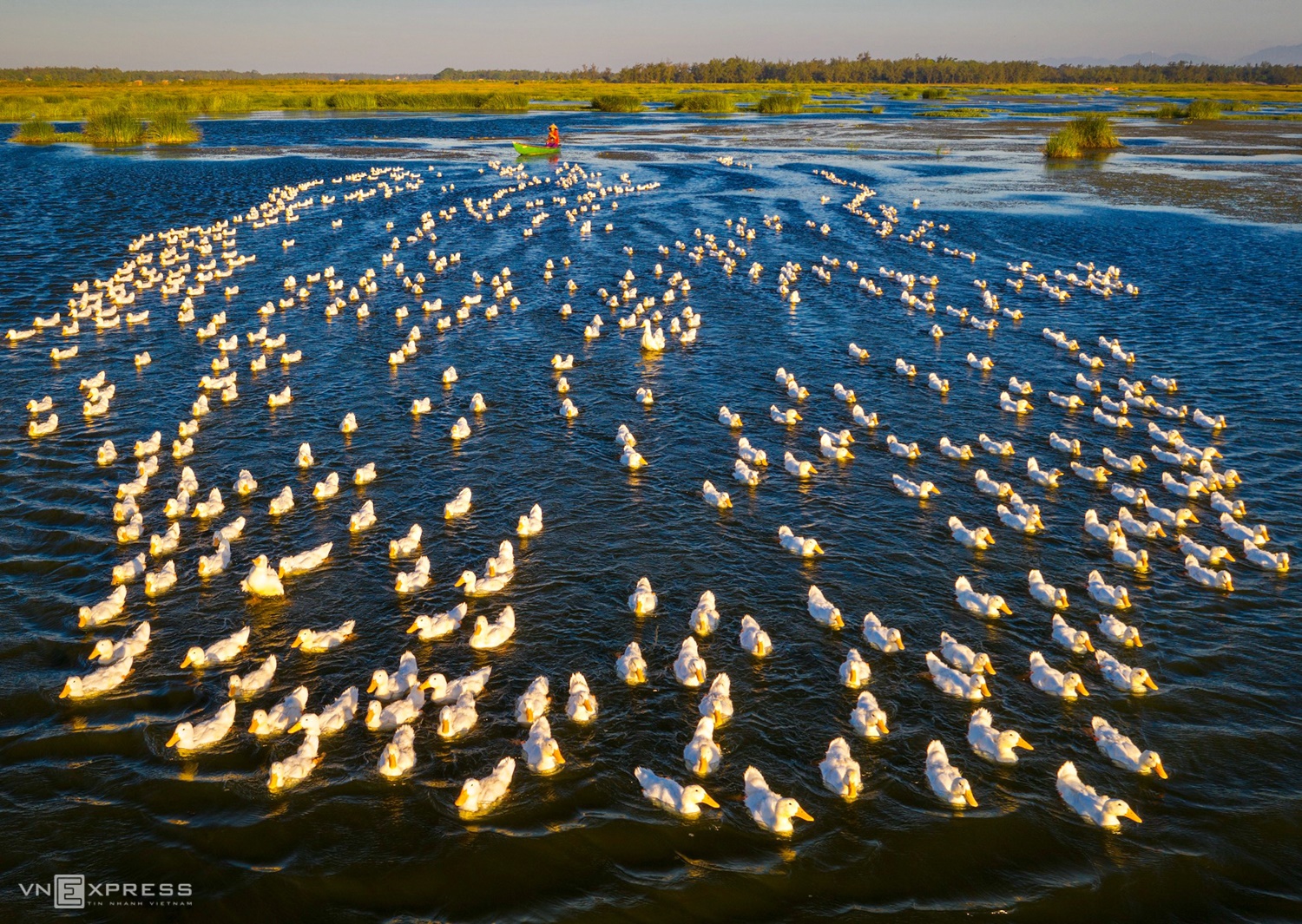 A woman herds ducks in a flooded field on the outskirts of Quang Nam Province in central Vietnam. A farmer wades into a flooded field in Quang Nam to harvest water chestnuts, an aquatic vegetable that grows in marshes under water. Water chestnuts are grown in many countries for its edible corm, and is a common ingredient in Chinese dishes such as water chestnut cakes. 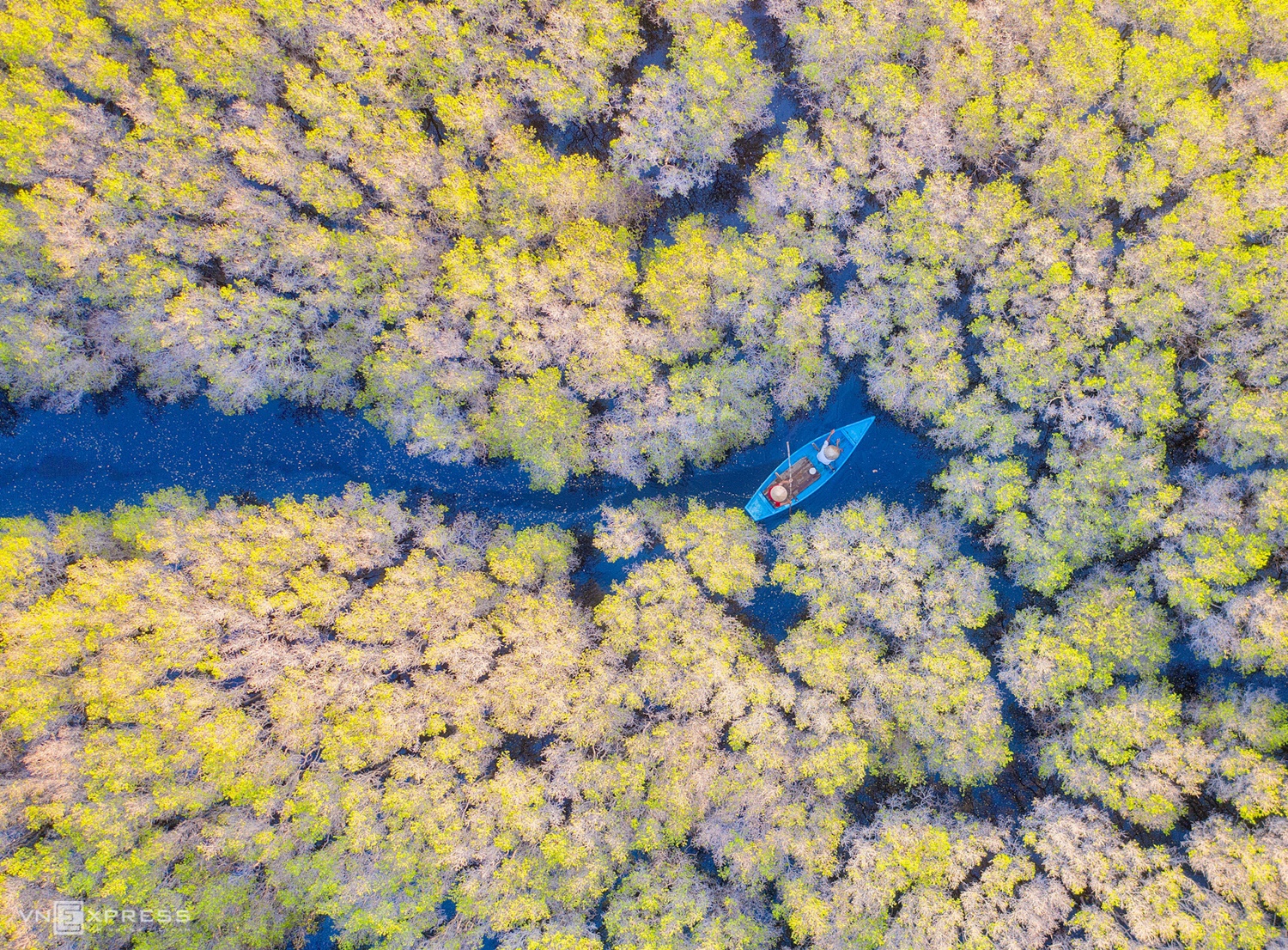 Bau Ca Cai mangrove forest in Binh Son District of central Quang Ngai Province features 50 ha of Lumnitzera racemosa Willd (commonly known as white flowered black mangrove). In late autumn and early winter, the area turns ghostly white as the trees lose all their leaves, leaving only whitish trunks and branches exposed.
Due to its close proximity to the sea, the government in 2014 approved the cultivation of white flowered black mangroves as a protected species.

Ducks flock together in Phan Rang Town of central coast Ninh Thuan Province.
Sandwiched between the country’s two famous resort towns Nha Trang and Mui Ne, Ninh Thuan is known to have the driest weather, with a short monsoon season between September and November. 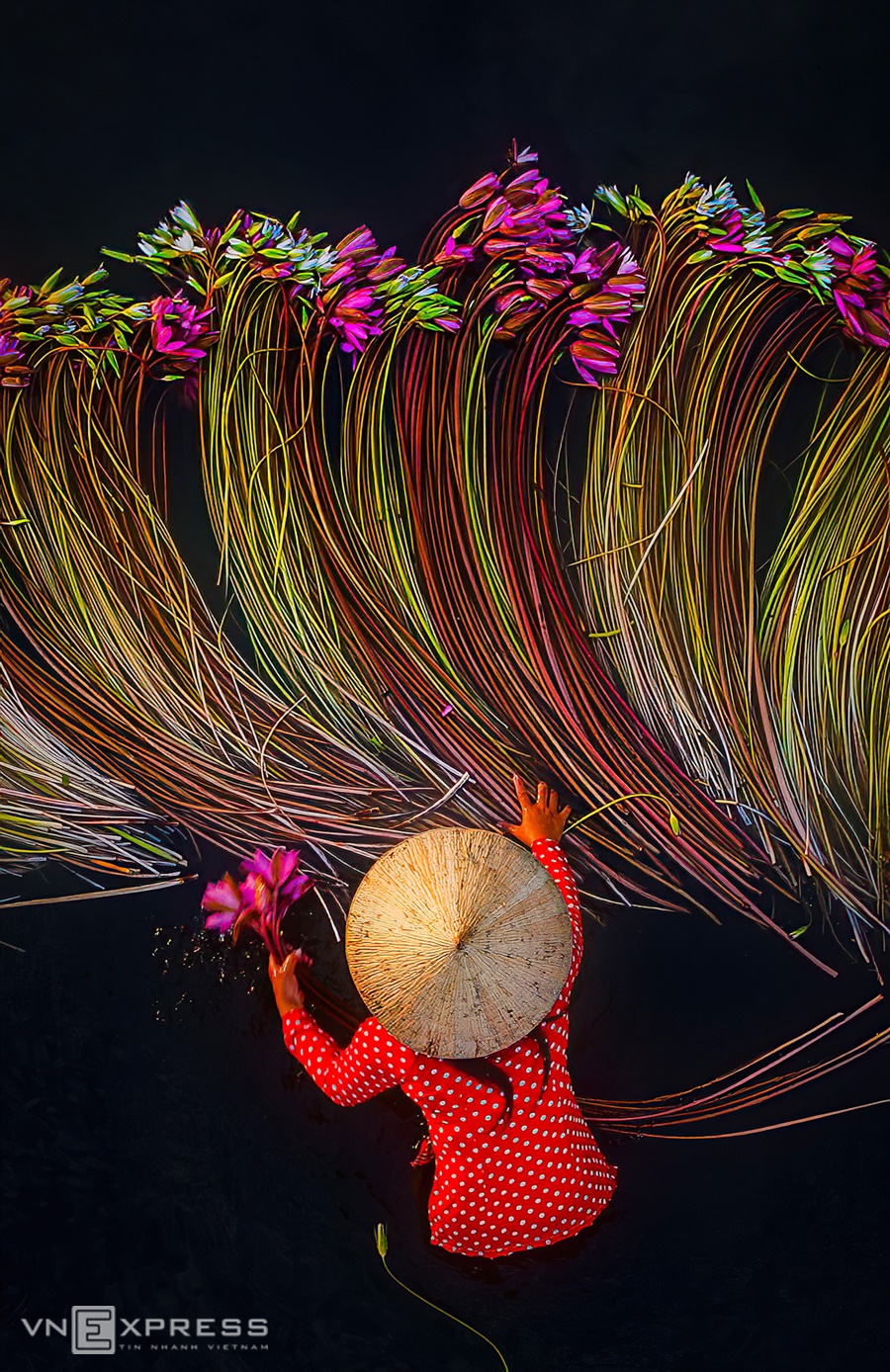 Lily flowers are cleaned after harvest from a flooded field in the Mekong Delta province of Long An.
The flowers, which blossom during the rainy season, are used for decoration and to make tea. Their stalks can be eaten raw with fermented paste or braised sauce, or dunked into sour soup and hotpots.
Water lily season in the Mekong Delta lasts from early September to mid-November. Along with other aquatic resources, water lilies also help locals earn an additional income and improve their lives during the flood season. 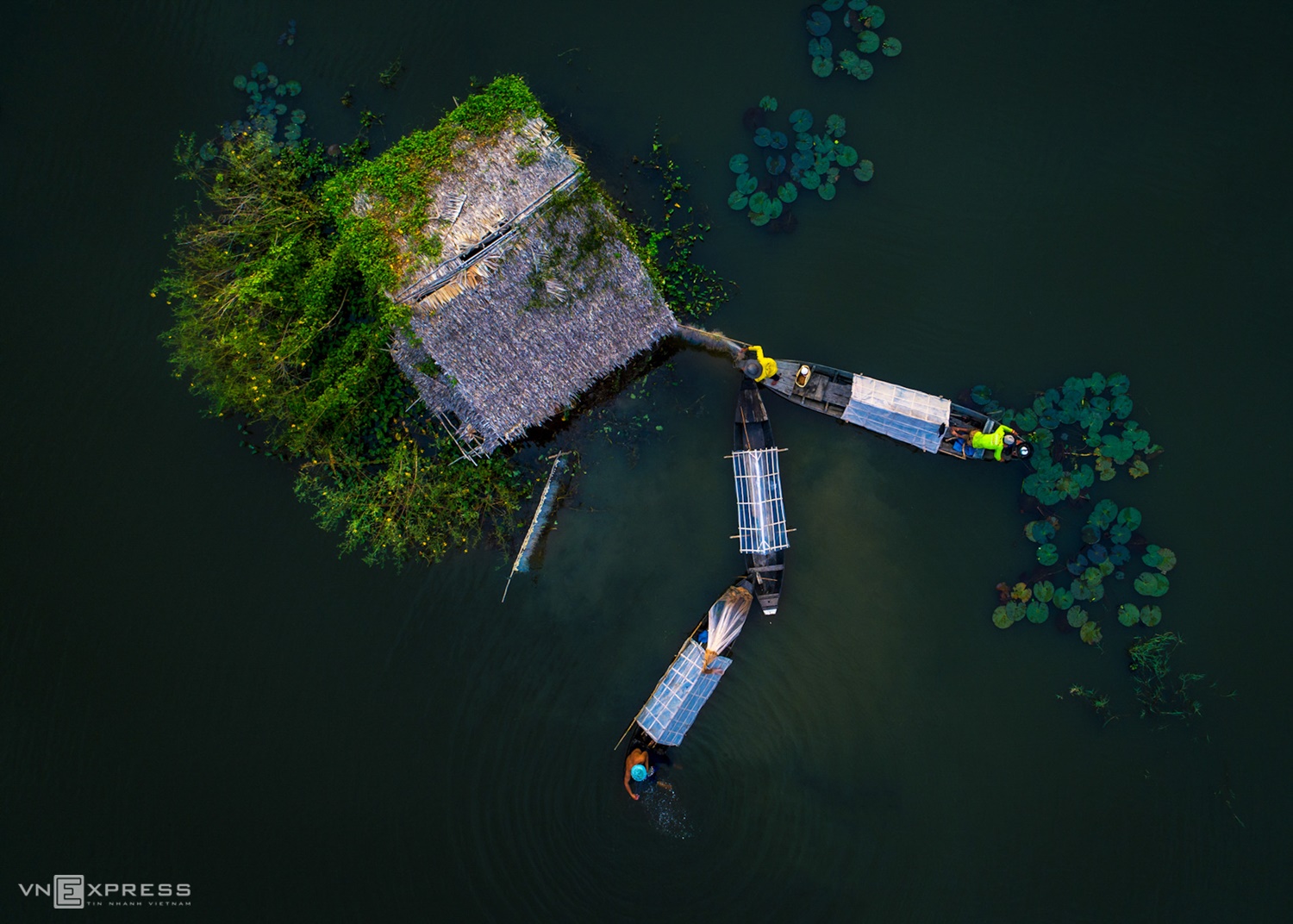 Fishermen earn their daily living on fishing boats in Moc Hoa District in Long An. 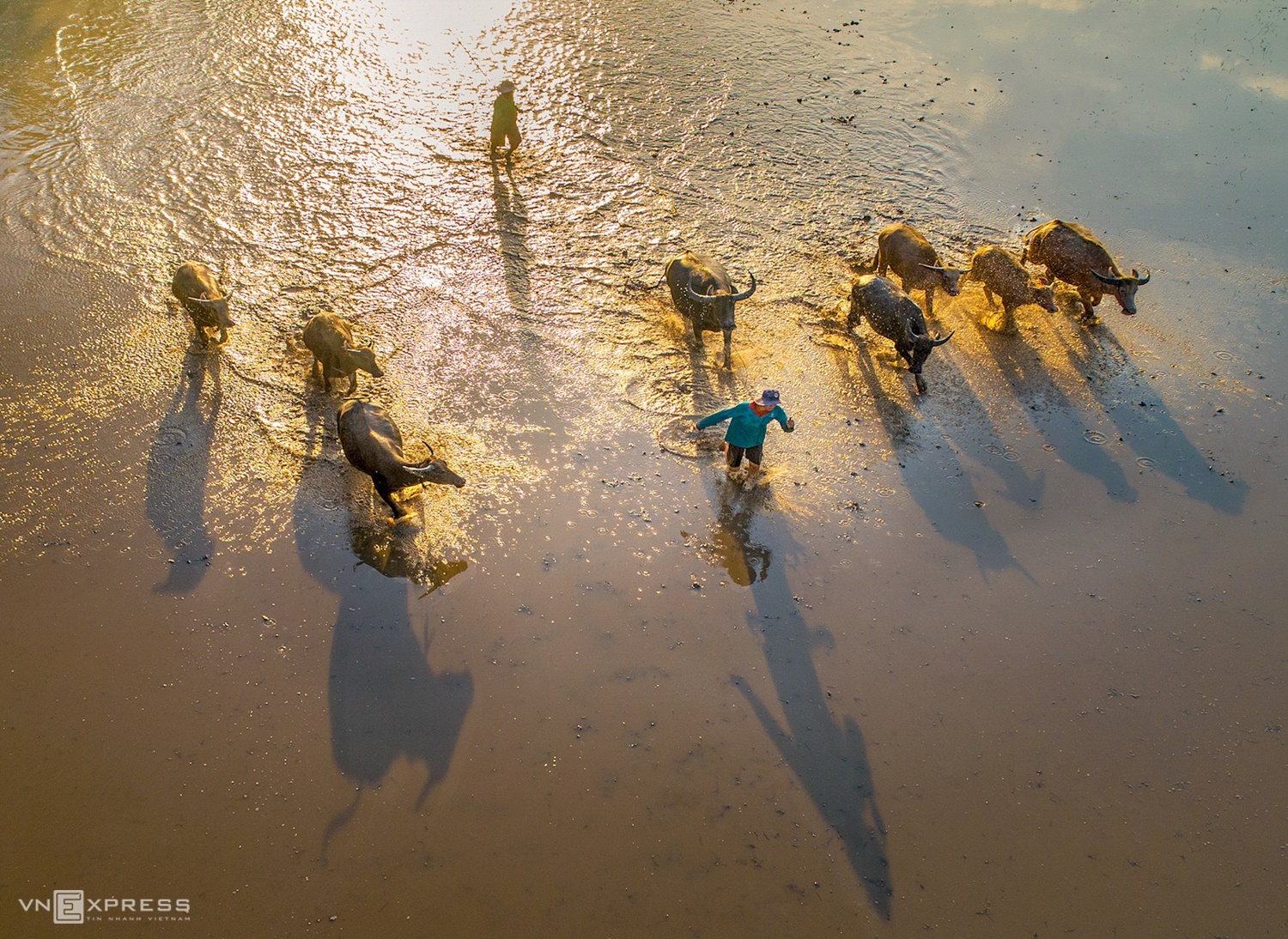 A herd of buffalos forge a flooded field in Tan An Town, Long An Province. 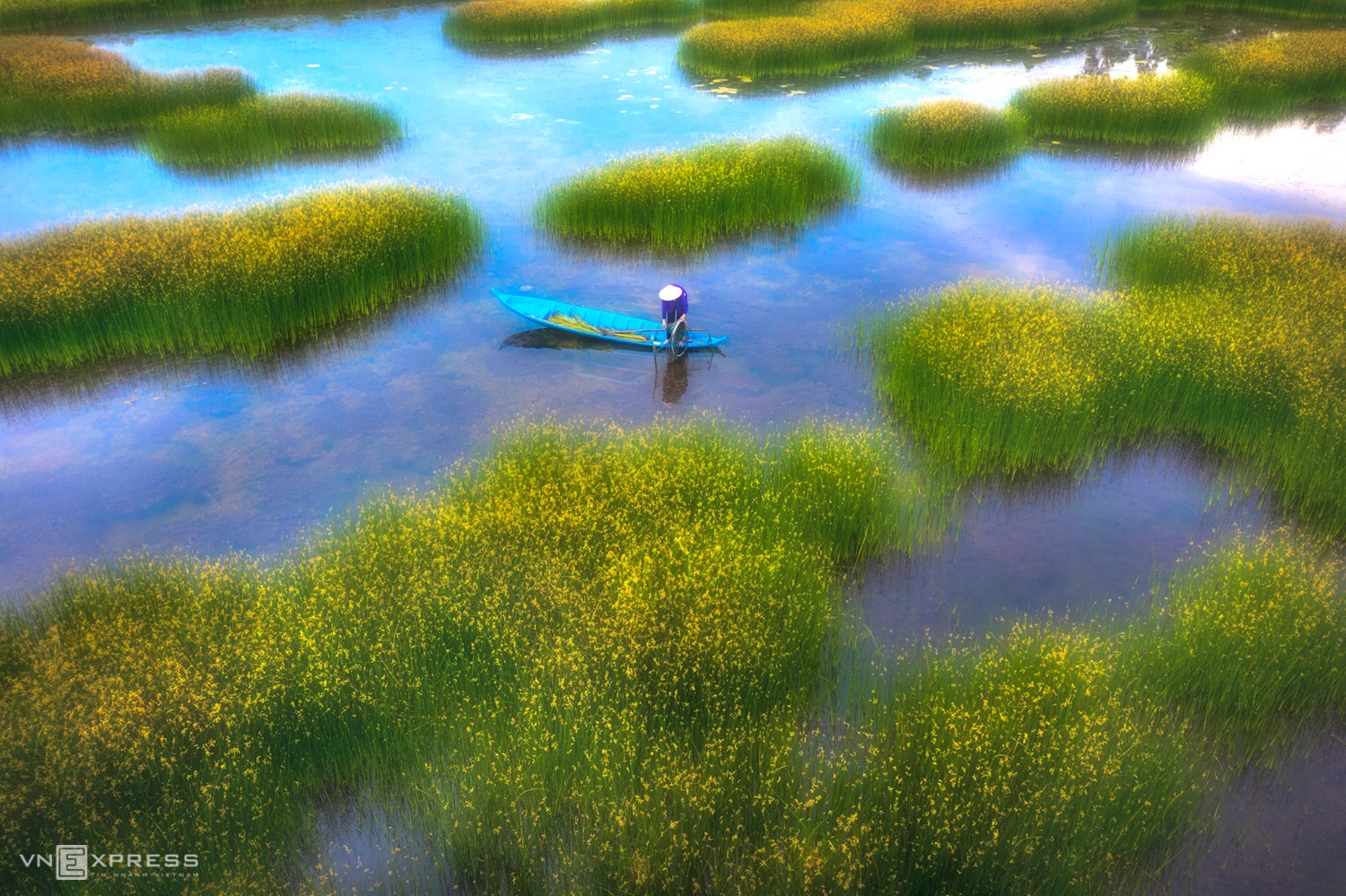 Eleocharis dulcis in southernmost Ca Mau Province grow fast during the rainy season and are used as a kind of vegetable. The plant is mainly found in An Giang, Dong Thap, Long An, Soc Trang, Bac Lieu, and Ca Mau provinces.
Posted at 2020 Jun 30 18:46
Go back