1,700 tourists to be evacuated from Covid-19 epicenter Da Nang

Da Nang authorities are seeking permission for special flights to evacuate nearly 1,700 tourists stranded due to Covid-19 outbreaks from the city. 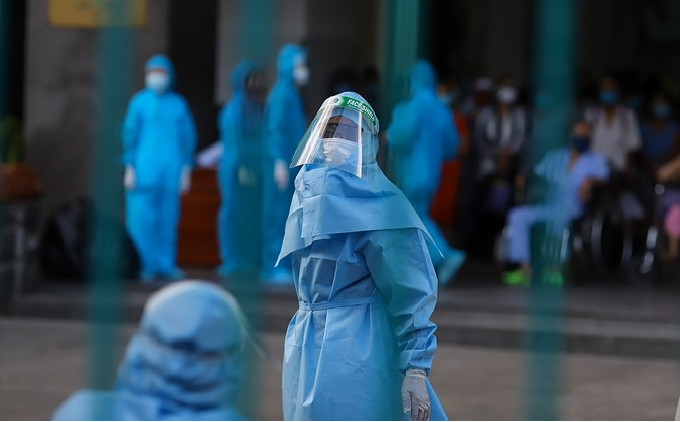 In a proposal sent to the Ministry of Transport and relevant medical authorities, they said 1,695 visitors, mainly from Hanoi and Ho Chi Minh City, have registered to fly home.
Da Nang, a top tourist attraction and the epicenter of the country's second Covid-19 wave with 193 infection cases, has reintroduced social distancing measures for 15 days from July 28. Flights to and from the central coastal city have been suspended.
Dinh Viet Thang, head of the Civil Aviation Administration of Vietnam, said his agency is considering plans together with Vietnam Airlines and Vietjet Air to evacuate the stranded people.
Since the returnees’ home localities need time to get facilities and personnel ready for quarantining such a large number, the flights’ schedules have not been finalized yet.
The tourists, who will pay their own fares, will be quarantined for 14 days.
Hanoi and HCMC health authorities want Da Nang to test the visitors for Covid-19 before they board their flight.
Hanoi has had three cases, all related to Da Nang, since July 25 when the first Covid-19 case was confirmed in Da Nang after the country's 99-day streak without community transmission. 95,000 people have reportedly returned to the capital from Da Nang since July 1.
HCMC, with 44,000 people returning from the central city since July 1, has reported eight domestic infections.
Prime Minister Nguyen Xuan Phuc last Monday agreed to the evacuation of visitors from Da Nang.
298 local infections have been recorded in Vietnam since July 25, with Da Nang accounting for 193 and neighboring Quang Nam Province 29. Dak Lak, Quang Ngai, Dong Nai, Thai Binh, Ha Nam, Bac Giang, and Lang Son have also reported cases, all linked to Da Nang.
Vietnam closed its borders and suspended all international flights on March 25, halting visa issuance for foreign nationals since March 18. Only Vietnamese stranded abroad, foreign experts, and high-skilled workers are allowed to enter the country at this time.
Posted at 2020 Aug 08 09:51
Go back