Breakfast with Tiim Travel on July 24

Goodmorning from Vietnam. What you need to know today: 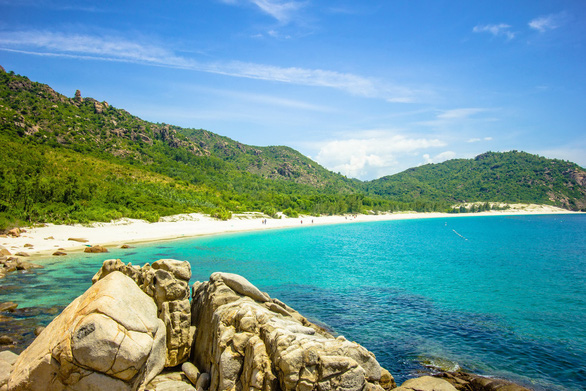 Politics
-- Vietnam's Deputy Prime Minister and Foreign Minister Pham Binh Minh held phone talks with South Korea's Foreign Minister Kang Kyung-wha on Thursday to discuss cooperation in COVID-19 response and economic recovery, according to the Vietnam News Agency.
Society
-- Vietnam has recorded no new community transmission of COVID-19 during the last 99 days, with the national tally standing at 412 and zero deaths, according to the Ministry of Health.
-- National carrier Vietnam Airlines will take 219 Vietnamese, including 120 positive for COVID-19, back to Vietnam from Equatorial Guinea on July 29, according to a plan formulated by the Consular Department.
-- Cho Ray Hospital in Ho Chi Minh City said on Thursday that it had transplanted a liver into a man suffering from acute liver failure. The patient visited the hospital on Thursday for a follow-up examination.
-- Police in the Central Highlands province of Lam Dong on Wednesday seized about eight metric tons of Chinese strawberries disguised as Da Lat produce.
Business
-- Fifteen Japanese companies have registered investments in Vietnam as part of Japan's drive to diversify its supply chain, reducing reliance on China, Takeo Nakajima, chief of the Hanoi office of the Japan External Trade Organization, said on Thursday.
World News
-- Washington's move to close the Chinese consulate in Houston this week has “severely harmed” relations and Beijing “must” retaliate, Reuters quoted China as saying.
-- WHO Director General Tedros Adhanom Ghebreyesus on Thursday deemed comments by U.S. Secretary of State Mike Pompeo questioning his independence as untrue, claiming it would not distract the organization from its fight against the coronavirus, according to Reuters.
Posted at 2020 Jul 27 08:44
Go back