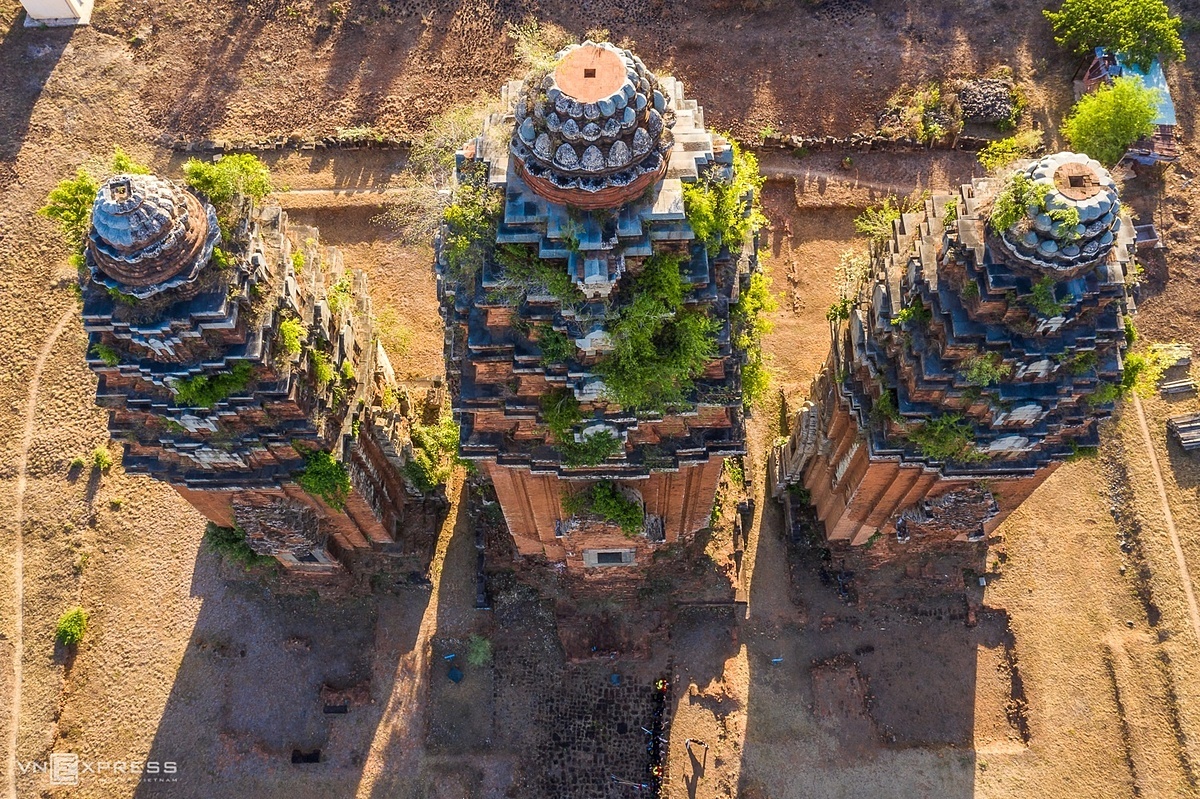 Binh Dinh in central Vietnam is famous as the cradle of traditional Vietnamese martial arts. Between the 10th-16th century, this locality used to be Vijaya (victory), the grand capital of the Champa Kingdom. The Cham towers stand as testimony to a glorious past.
The photo above is an aerial shot of the Duong Long towers. The middle tower is 24 m high, and those flanking it, 22m. The towers were built at the end of the 12th century, a period of great development of Cham art and culture. They are now located in Binh Hoa Commune, Tay Son District, about 40 km from Quy Nhon, the capital of Binh Dinh.
The picture is part of a photo series on "Coming to Binh Dinh to witness martial art performances by the Cham towers", taken by photographer Nguyen Phuoc Hoai, a Quy Nhon resident. 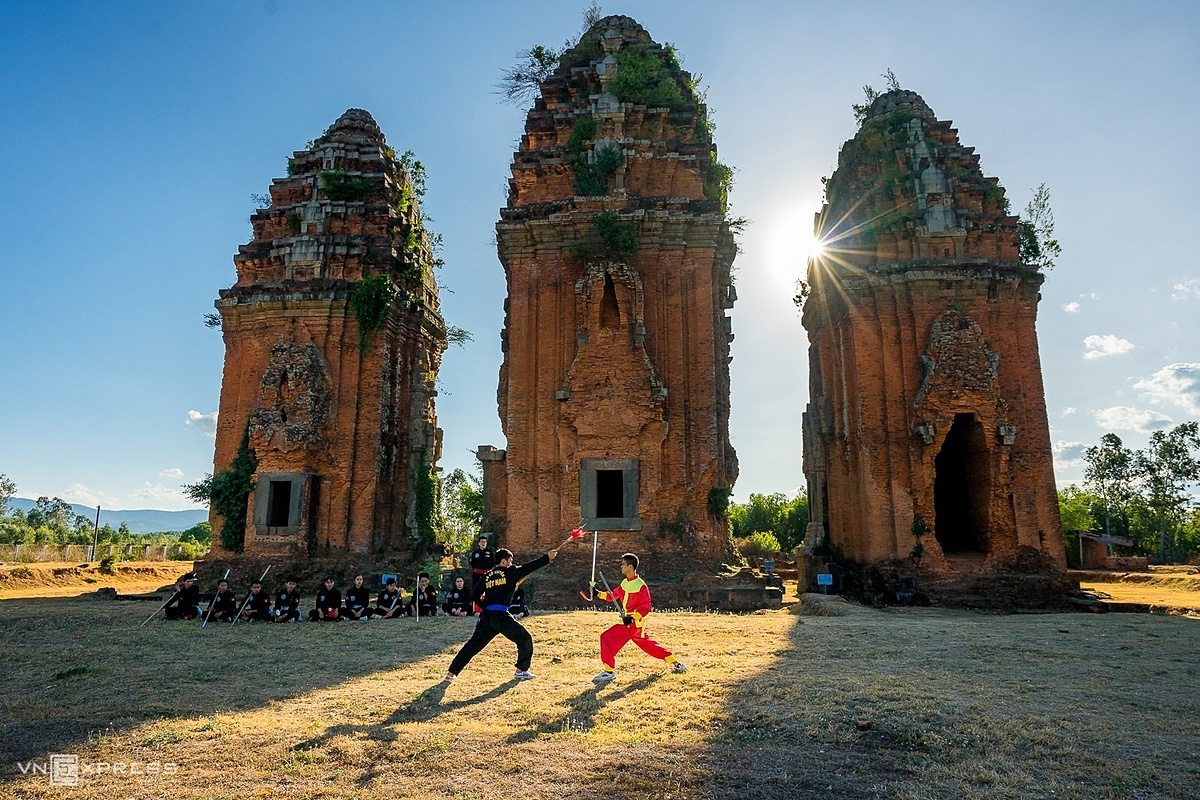 Students practice with a spear and a sword, with the Duong Long towers casting shadows in bright sunshine.
Viet Anh, situated in Nhon Hau Commune, An Nhon Town, is one of the most famous martial arts school in the region. It teaches a martial arts form particular to Binh Dinh Province.

A master watches his students practice with sticks in the yeard of one of the Banh It towers. Banh It is located in Phuoc Hiep Commune, Tuy Phuoc District, on a hill between two branches of the Con River. 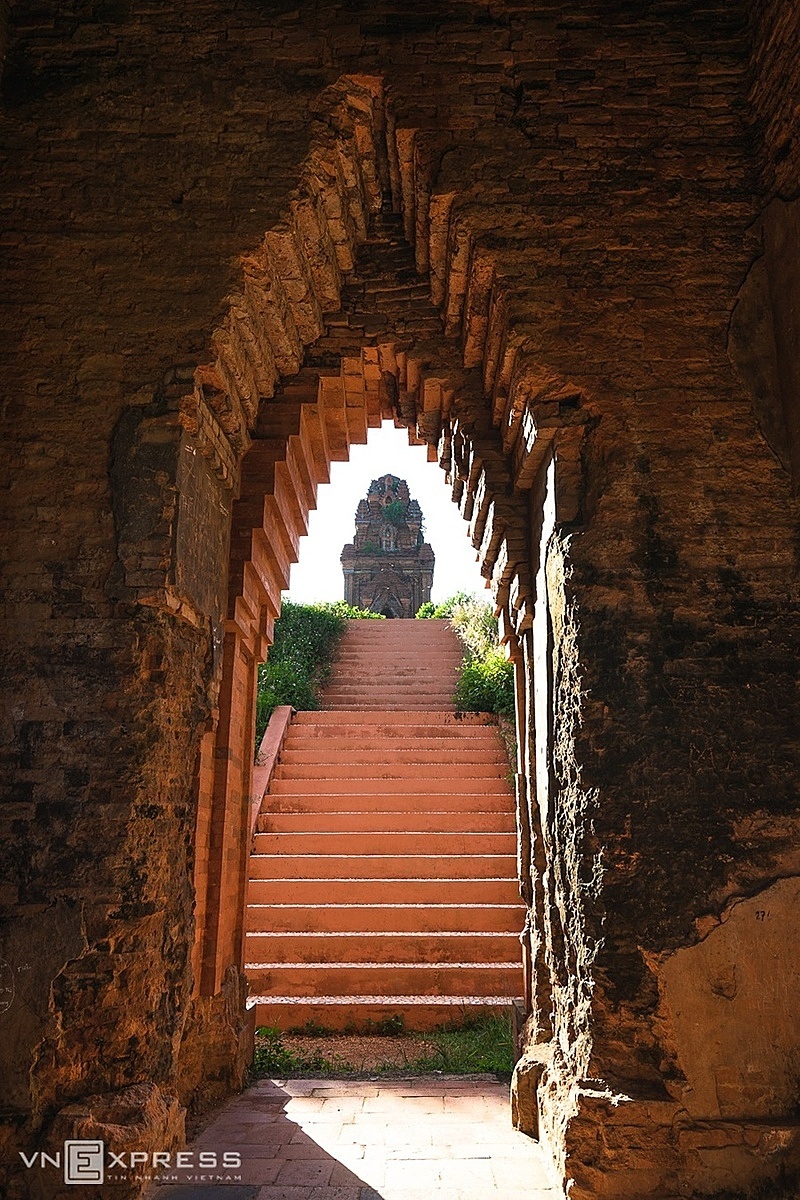 The main Banh It Tower seen from the entrance of another tower to its east. Banh It consists of four towers, the main one about 20 m high and surrounded by three smaller ones. From a distance, the tower cluster looks like banh it - a triangular dessert cake made in Binh Dinh, given them the local name.
Posted at 2020 Jun 15 09:30
Go back