Vietnam is likely to be the first country to restart tourism in Southeast Asia, ahead of Thailand, Malaysia and Indonesia, industry insiders say. 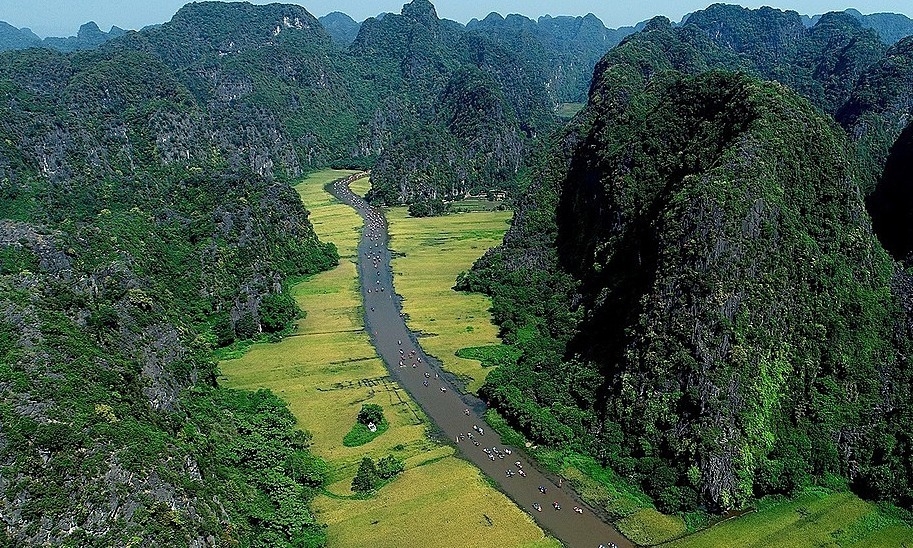 May alone saw the number of foreign arrivals fall to its lowest in recent years, with a year-on-year drop of 98.3 percent to 22,000, according to the General Statistics Office. These mainly comprised foreign experts and highly-skilled workers.
Vietnam has suspended all international flights since March 25 and banned entry of foreign nationals since March 22 except for special cases.
A five-month data breakdown shows Vietnam received 2.72 million Asians, down 51.2 percent from a year ago and accounting for over 70 percent of total foreign arrivals.
The total tourism revenue is estimated at VND8.3 trillion ($359 million) in the period, down 54.1 percent year-on-year.
The number of foreigners coming to Vietnam is likely to remain low in the coming months with the National Steering Committee for Covid-19 Prevention and Control deciding Thursday that Vietnam would not open itself to international visitors at this time, given the high risks of transmission from abroad.
The country could consider welcoming foreign visitors from countries and territories where there have been no new cases for at least 30 days and launch a pilot plan to bring them to some islands with strict safety measures to ensure health of both locals and foreigners, the committee said.
Race to reopen
Vietnam is likely to be the first country to restart tourism in Southeast Asia, ahead of Thailand, Malaysia and Indonesia, industry insiders say.
Kenneth Atkinson, vice president of the Tourism Advisory Board (TAB), said the board has proposed that the government opens "early bilateral negotiations with those tourism markets that have controlled Covid-19 infection in the community."
"The first markets would be China and South Korea, the biggest feeder markets for Vietnam’s tourism. The next are Australia, New Zealand, Taiwan and Singapore," he said.
Chinese and South Korean visitors account for over half of international visitors to Vietnam. Of the 18 million international visitors to Vietnam in 2019, 5.8 million were from China and 4.3 million from South Korea.
Speaking at a conference last week on boosting the demand for local tourism and other post-pandemic aspects, Dinh Viet Phuong, deputy general director of low-cost carrier Vietjet Air, said local demand alone cannot salvage the country’s tourism sector.
Domestic carriers Vietnam Airlines, Vietjet Air and Bamboo Airways have expressed their hopes of resuming international flights soon. The international tourist market accounts for around 50 percent of their revenues.
WeSwap, the U.K.’s largest travel money provider, earlier this week listed Vietnam as being among the first economies likely to restart international tourism following the Covid-19 pandemic.
The country has gone 45 days without community transmission of Covid-19. It has reported 328 infections without any deaths, of these 49 are active patients as 279 have recovered after treatment.
The Covid-19 pandemic hit 213 countries and territories, with more than 370,472 deaths reported.
Posted at 2020 Jun 04 06:36
Go back