A television commercial (TVC) promoting Da Nang’s tourism is being aired multiple times daily from June 5 until the end of the month on the British Broadcasting Corporation (BBC)’s BBC World News channel for the Asia-Pacific region. 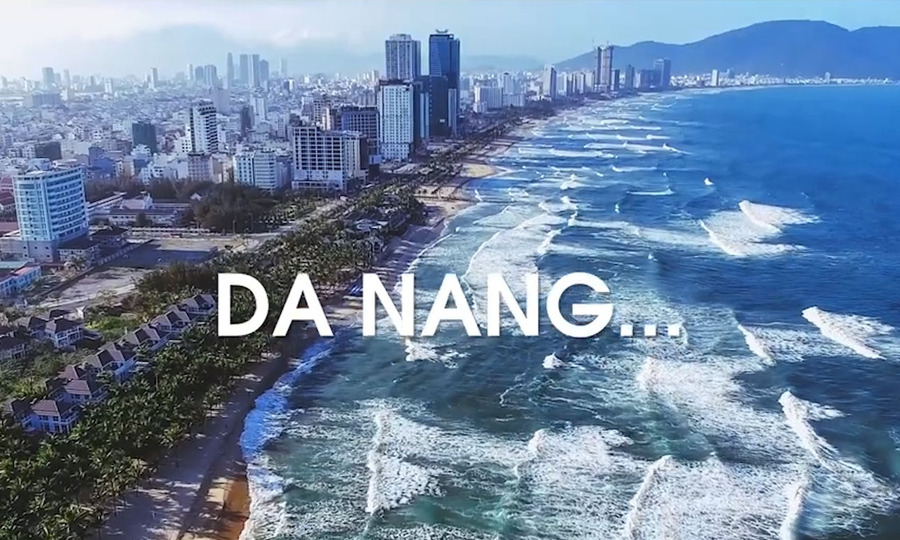 According to an agreement signed between the Da Nang Tourism Promotion Center and the BBC’s media representative, the 30-second TVC is expected to promote Da Nang’s spectacular attractions to potential visitors overseas.
My Khe Beach — which was named one of the planet’s most beautiful beaches by Forbes magazine in 2013, the landmark Golden Bridge located in the Ba Na Hills resort, Son Tra peninsula’s magnificent red-shanked douc langurs, and various local festivals are featured in the commercial.
The TVC also provides viewers with sneak peeks into Da Nang’s mouth-watering specialties such as ‘banh xeo’ (Vietnamese rice pancake) and ‘thit heo cuon banh trang’ (boiled pork and fresh herbs rolled in rice paper), two of the most delicious and popular dishes of the Vietnamese central region.
The commercial is being broadcast daily on the British channel during several time slots between 6:00 am and 12:00 am from June 5 until the end of the month.
This is a major event aimed at reviving the local economy, especially the tourism sector, at a time when most of the world’s population are unable to embark on trips abroad because of the novel coronavirus disease (COVID-19) pandemic, said a representative from the Da Nang Tourism Promotion Center.
Da Nang authorities hope the TVC will leave a distinct impression of Da Nang on potential international visitors so that when Vietnam eventually reopens its borders to foreigners, the central city will be a magnet for holiday seekers.
Posted at 2020 Jun 17 10:21
Go back