CNN has highlighted a century-old incense making village in Hanoi as one of the best travel photographs in 2019. 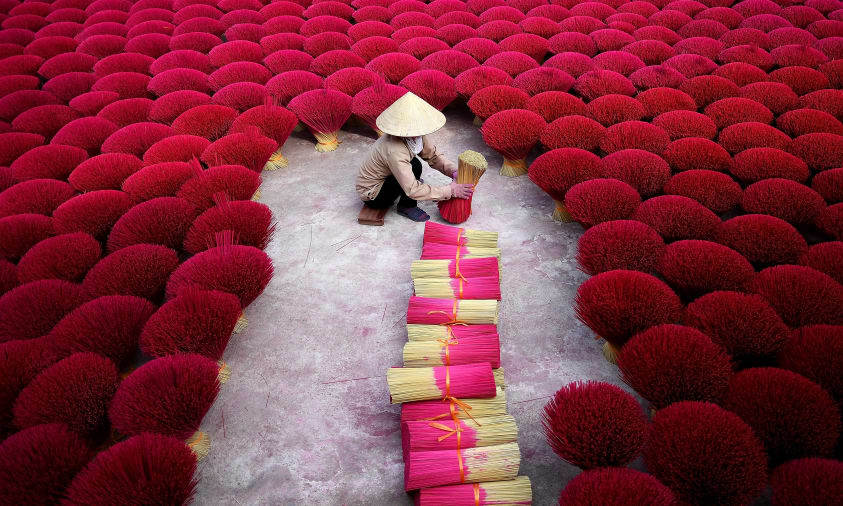 The U.S. cable news network recently published 14 best shots from around the world this year, and the image of a woman collecting incense sticks in a courtyard in Quang Phu Cau Village on the outskirts of Hanoi, where families have been making incense for more than a century, topped list.
The village has more than 300 households engaged in the trade passed down through generations. In the run up to Tet, the Lunar New Year holiday, Vietnam’s biggest and most important festival, the village was at its busiest because just about the entire population of the country lights incense at home and pagodas.
Other top travel photos in CNN’s collection include the colorful canal-side district of Nyhavn in Copenhagen, Beijing’s Daxing International Airport, and a fireworks display over Sydney Harbour Bridge in Australia.
Posted at 2020 Jun 06 06:24
Go back