Nong Thanh Toan has won the top prize in Agora’s Red 2020 photo contest with his depiction of an incense village on the outskirts of Hanoi. 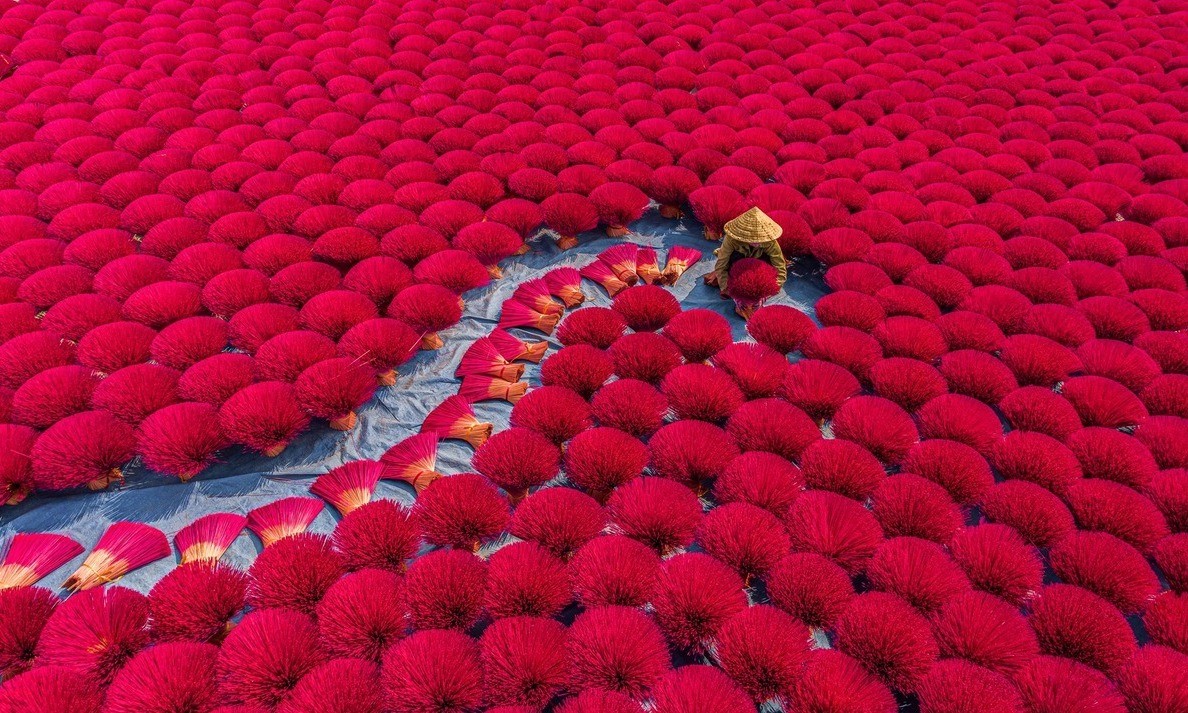 The aerial shot capturing a woman collecting incense sticks in a courtyard of Quang Phu Cau Village won the most votes from users of the world’s largest free-to-use photo app Agora, scoring the Vietnamese photographer the $1,000 top prize.
Toan’s image was chosen from among 10,000 entries, the organizing board announced Monday.
Quang Phu Cau has over 300 households engaged in the trade passed down through generations. In the run up to Tet, the Lunar New Year holiday, Vietnam’s biggest and most important festival, the village is at its busiest as nearly the entire population lights incense at home and pagodas.
Village products are consumed not only in Vietnam but also in India, China, Malaysia, and other countries. On average, Quang Phu Cau uses around 200 tons of materials to produce 50 tons of incense a month.
Born in the northern mountainous province of Lao Cai, Toan moved to Hue, capital of Thua Thien-Hue Province in central Vietnam, to follow his passion for photography.
Last March, an aerial shot of Da Nang’s famous Golden Bridge held up by two giant hands won Tran Tuan Viet Agora’s world’s best architecture photo of 2020 award.
Last month, a beautiful shot of water lilies on the Yen stream outside Hanoi taken by Tran Quang Quy brought home the $1,000 prize in Agora’s Spring 2020 photo contest.
Posted at 2020 Jun 10 04:39