The eight locations would be Hanoi’s tourist attractions. 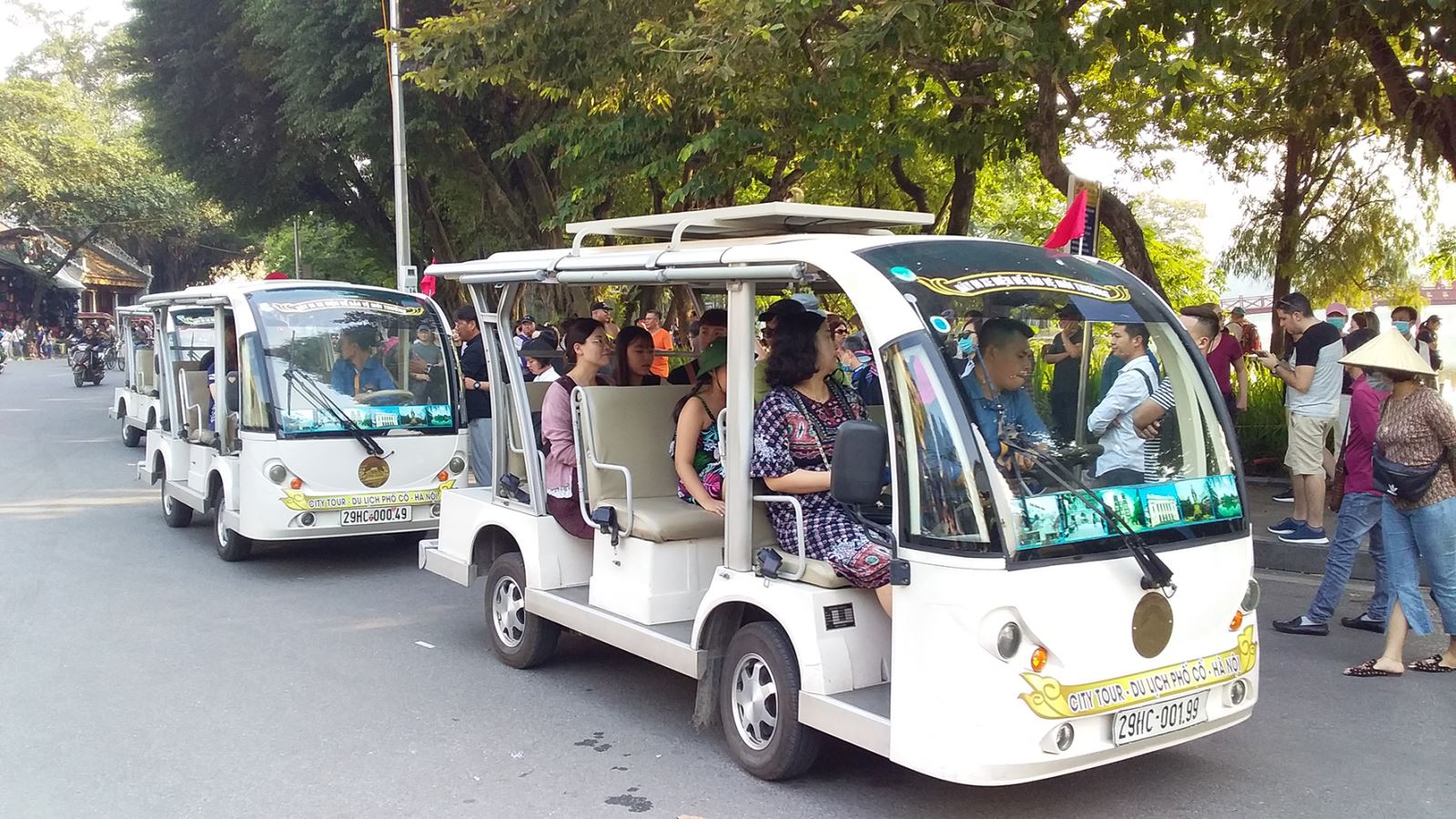 The Hanoi Department of Transport has proposed starting an electric tourist car service to eight locations in the city under a project aimed at mapping out regulations covering this business.
Accordingly, electric tourist shuttle buses would be deployed in Ba Vi National Park, Duong Lam ancient village, Huong pagoda, Bat Trang pottery village, Hong Van commune eco-tourism area (Thuong Tin district); Yen So Park, Thien Son – Suoi Nga entertainment park and Thac Bac – Suoi Sao tourist area.
“Each site will be allowed to operate a certain number of electric vehicles suitable to its infrastructure conditions and scope of activity", the project stated.
In June, the city People's Committee authorized the pilot operation of electric shuttle bus in the Old Quarter for sightseeing purposes. By the end of 2017, the city had a fleet of 88 vehicles and five operators, serving over 5 million passengers.
According to the project, up to 67.6% of the surveyed respondents wish to tour Hanoi on an electric shuttle bus.
The pilot period has shown that the use of electric shuttle bus in Hanoi's Old Quarter area is highly effective, helping tourists avoid harassment from street vendors.
According to the project, electric shuttle bus could help easing traffic congestion at peak hours at tourist attractions, replacing cyclo and taxi.
Moreover, an electric shuttle bus has higher transport capacity than a cyclo in tourist areas with 7 to 14 passengers per vehicle. And the reasonable price of about VND7,000-80,000 (US$0.3-US$3.4) per ride has encouraged people and visitors to use this means of transport.
However, the electric shuttle bus is running without regulations governing it. The project pointed out some shortcomings including the lack of criteria on area, the locations of starting point and end destination, transit, parking, among others. Also, there is an absence of penalties for offenses such as exceeding the maximum number of passengers, the bus running in off-limit areas or making unauthorized stop, among other infractions.
These shortcomings should be addressed before the service is rolled out on a broader scale, according to the Hanoi Department of Transport. Hanoitimes
Nhat Minh
Posted at 2020 Aug 14 09:38
Go back