A photo exhibition that opened on Nguyen Hue Pedestrian Street in District 1, Ho Chi Minh City on Friday evening will serve as a visual introduction to Vietnam's 12 island districts as rarely before seen. 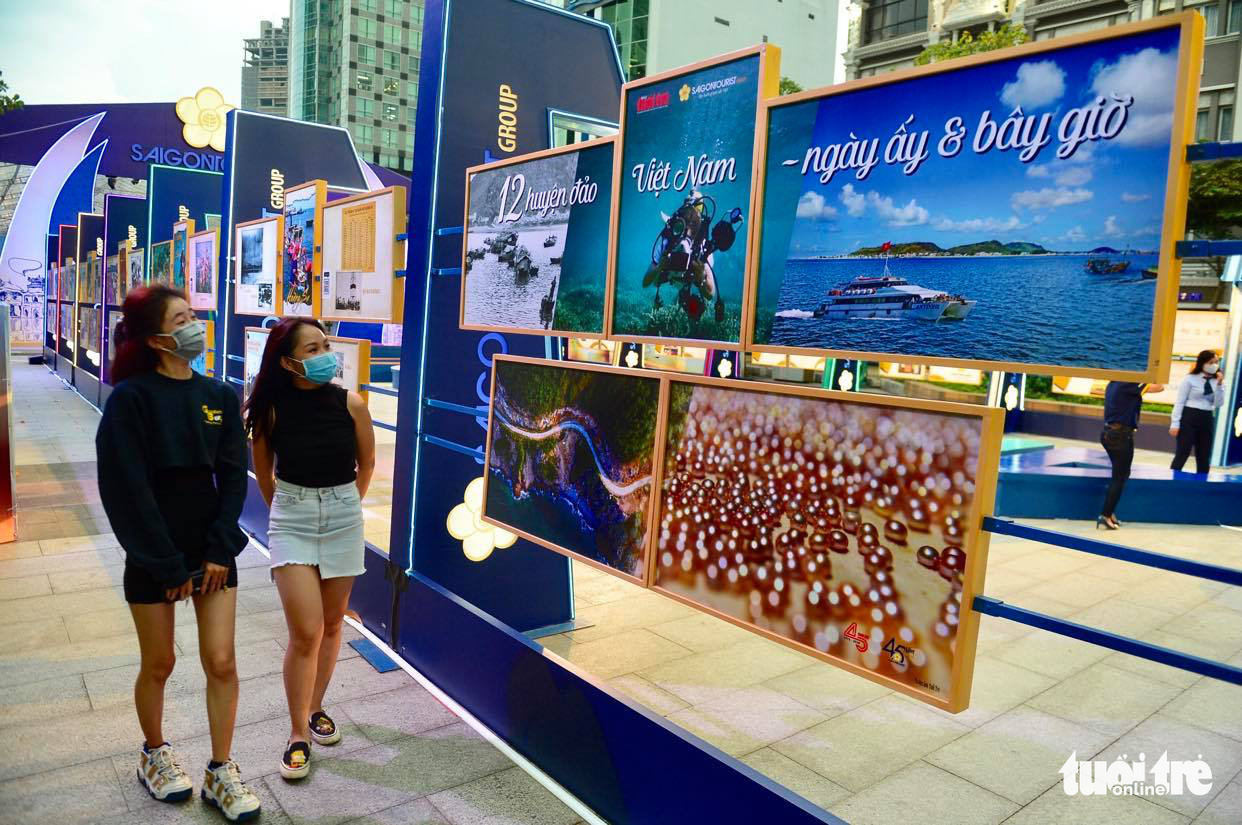 The exhibition, named ‘Vietnam's 12 island districts – Now and then,’ will give visitors a chance to see several interesting and unique photos of the territories, including extremely rare old photos as well as modern-day ones.
Vietnam has 12 island districts currently administered by nine provinces and cities.
They are Bach Long Vi and Cat Hai of the northern city of Hai Phong, Co To and Van Don of the northern province of Quang Ninh, Con Co of the north-central province of Quang Tri, Ly Son of the central province of Quang Ngai, Phu Quy of the south-central province of Binh Thuan, Hoang Sa of the central city of Da Nang, Truong Sa of the south-central province of Khanh Hoa, Con Dao of the southern province of Ba Ria-Vung Tau, and Kien Hai and Phu Quoc of the Mekong Delta province of Kien Giang.
The photos exhibited on Nguyen Hue Street showcase the most beautiful sides of the 12 island districts, introducing visitors to the islanders’ lives as well as the local specialties.
Exhibition goers can scan the QR code printed on each of the photos to visit an article providing detailed information on each island district on the online platform of Tuoi Tre (Youth) newspaper.
Some visitors on Friday evening expressed fascination to see the rarely-before-seen old photos such as one of a flag-raising ceremony in the Hoang Sa (Paracel) archipelago, a photo of Con Dao Island dating back to the 20th century, and a photo of Quang Ninh's Ha Long Bay in the old days.
"Having viewed the photos of the 12 island districts on display, I feel both surprised and regretful. Although I have traveled abroad many times, I never set foot on such beautiful destinations in our country," said Nguyen Thuy Minh, a resident of Binh Thanh District, Ho Chi Minh City.
Thu Lan, 24, an office worker who lives in District 3, told Tuoi Tre she never knew Vietnam has a total of 12 island district before visiting the exhibition.
"I have traveled a lot, including to many beaches in Vietnam, but I never went to any of these island districts," Lan said.
"Seeing the photo exhibition that shows a lot of spectacular landscapes makes me crave to travel soon. When the pandemic is under control, I will invite my friends to go traveling to both Phu Quy and Kien Hai," she added.
The exhibition is jointly held by Tuoi Tre and Saigontourist, a leading tour operator in Vietnam, and will run until the end of Sunday, August 2.
Tuoi Tre and Saigontourist are also scheduled to jointly publish a travelers' guidebook for the 12 island districts in mid-August.
The booklet is expected to provide readers with essential and detailed information on each of the island districts including how to get there, how to plan a trip, places to eat, entertainment and lodging recommendations, and so on.
Saigontourist is also running a concurrent exhibition on Nguyen Hue Street to mark the 45th anniversary of its establishment. 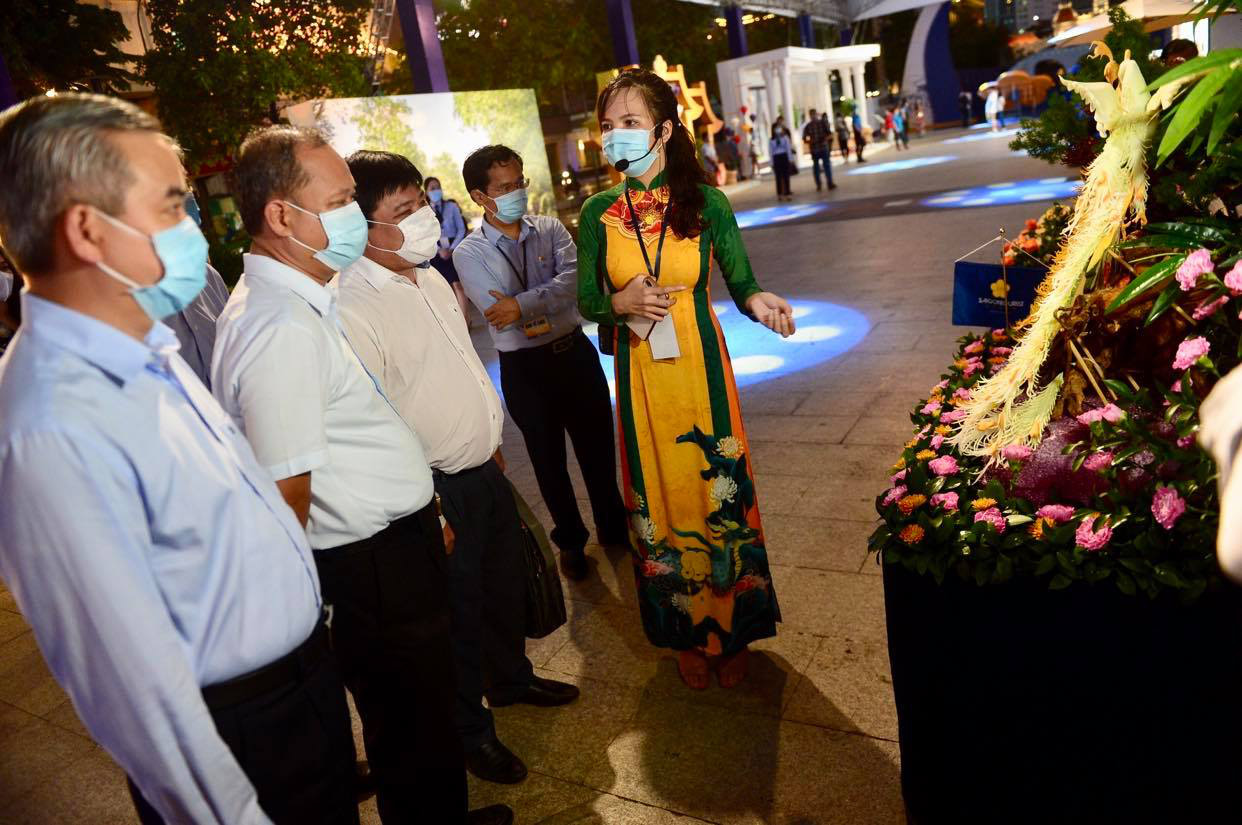 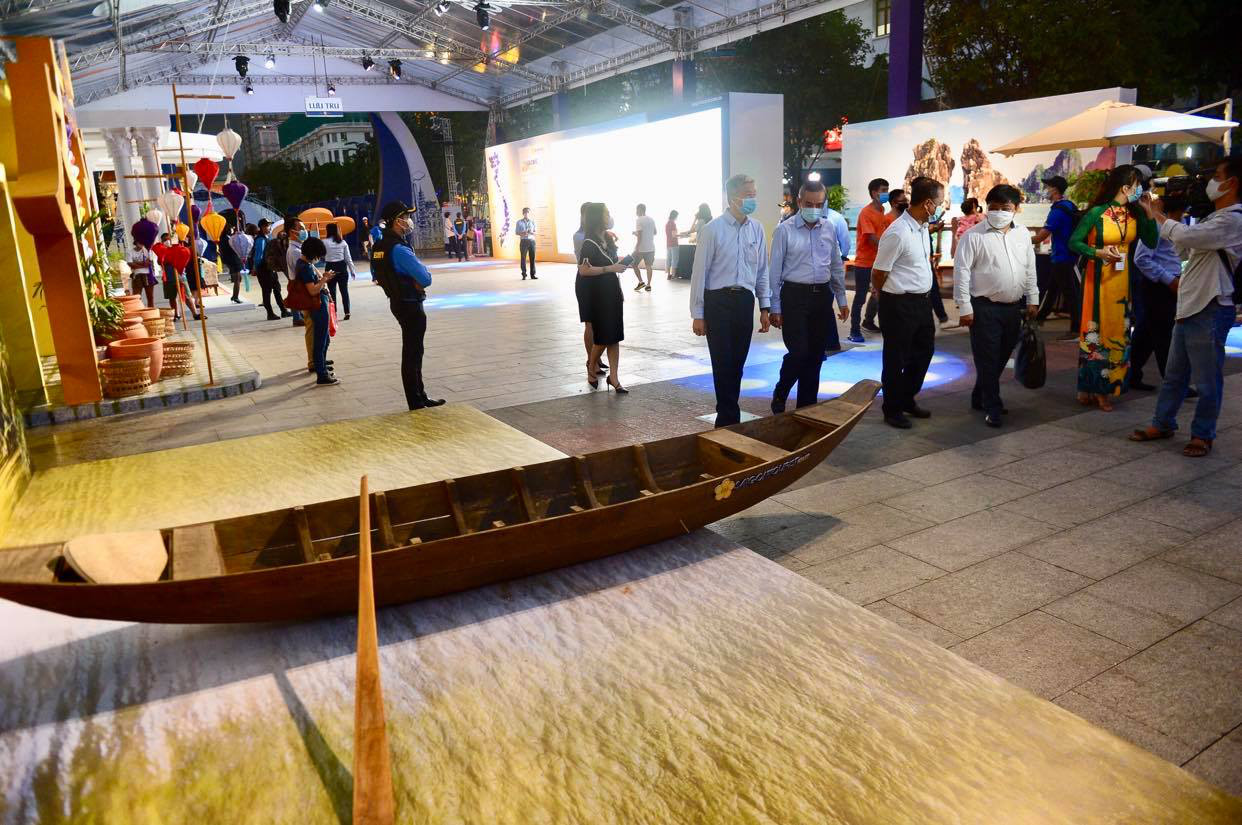