A ceremony was held on Wednesday to reopen Lam Son Park, located opposite the Ho Chi Minh City Municipal Theater in the city center, after more than two months of upgrading. 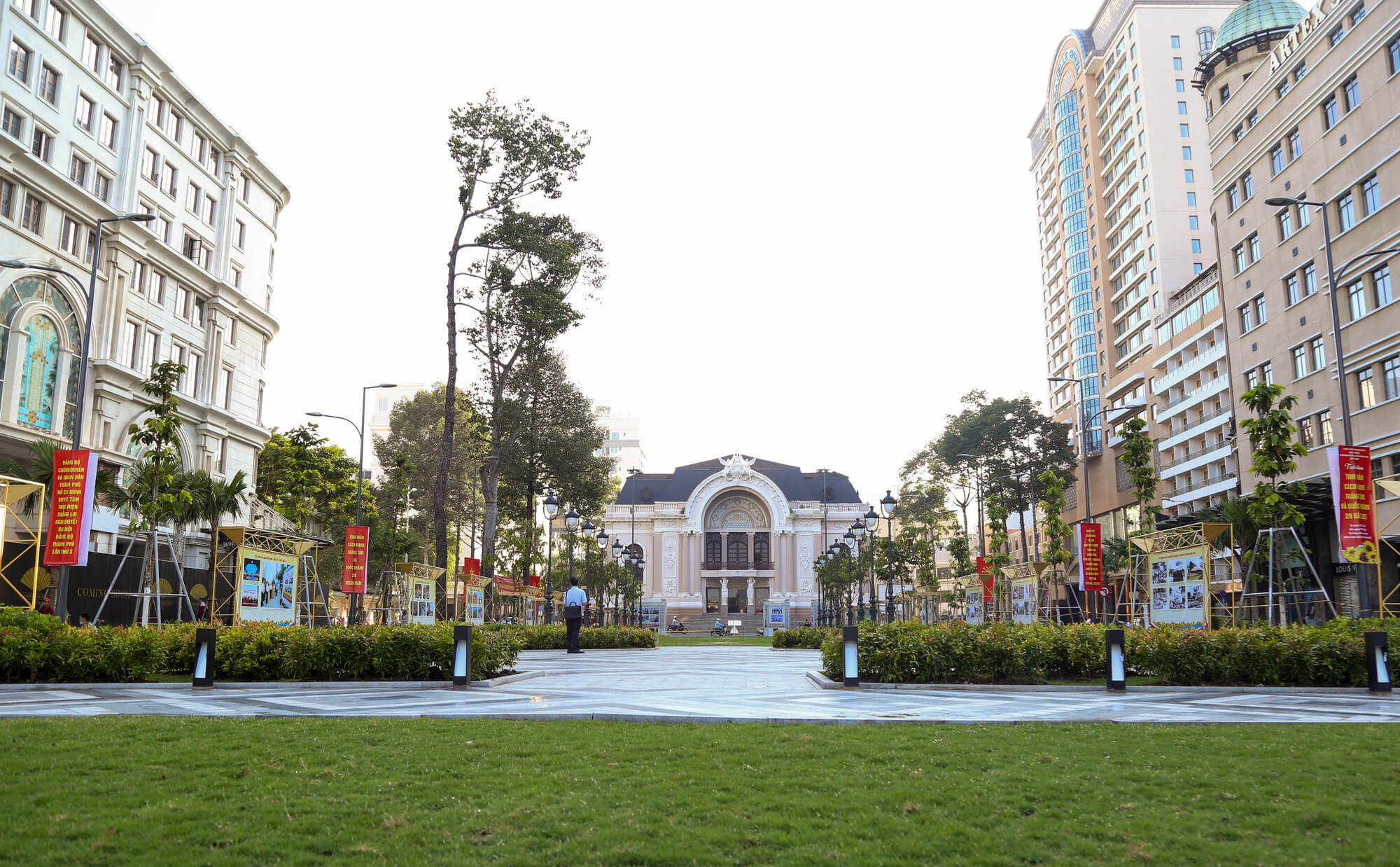 Lam Son Park was previously cleared for the construction of an underground terminal of Ho Chi Minh City’s first metro line, with the area in front of the Municipal Theater — also known as the Saigon Opera House — fenced off for six years.
In June, Ho Chi Minh City authorities officially broke ground on a project to rebuild the old park. 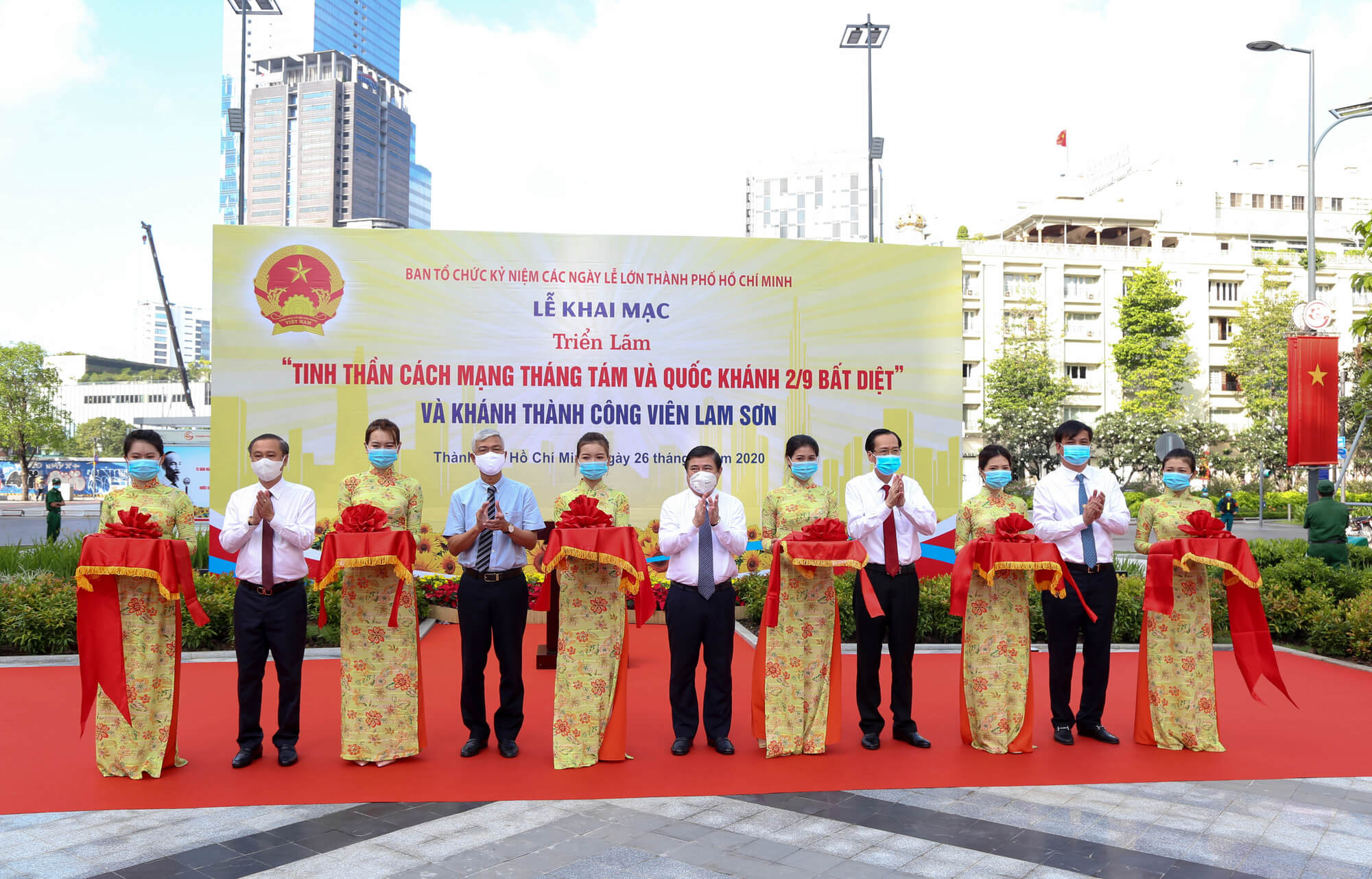 At the new park’s opening ceremony on Wednesday, director of the municipal Department of Culture and Sports Huynh Thanh Nhan stated that Lam Son Park has been restored to its original size of 2,200 square meters.
The new park is hoped to beautify the landscape of the city center as well as providing a link between Nguyen Hue Pedestrian Street and the opera house, adding more space for exhibition activities.
On the same morning, a photo exhibition was also launched at the park to celebrate the 75th anniversary of Vietnam’s August Revolution (August 19) and the country’s 75th National Day (September 2).
The exhibition displays 100 photos introducing an overview of historical situations, revolutionary movements, and notable achievements in the city’s growth since it declared independence on September 2, 1945. 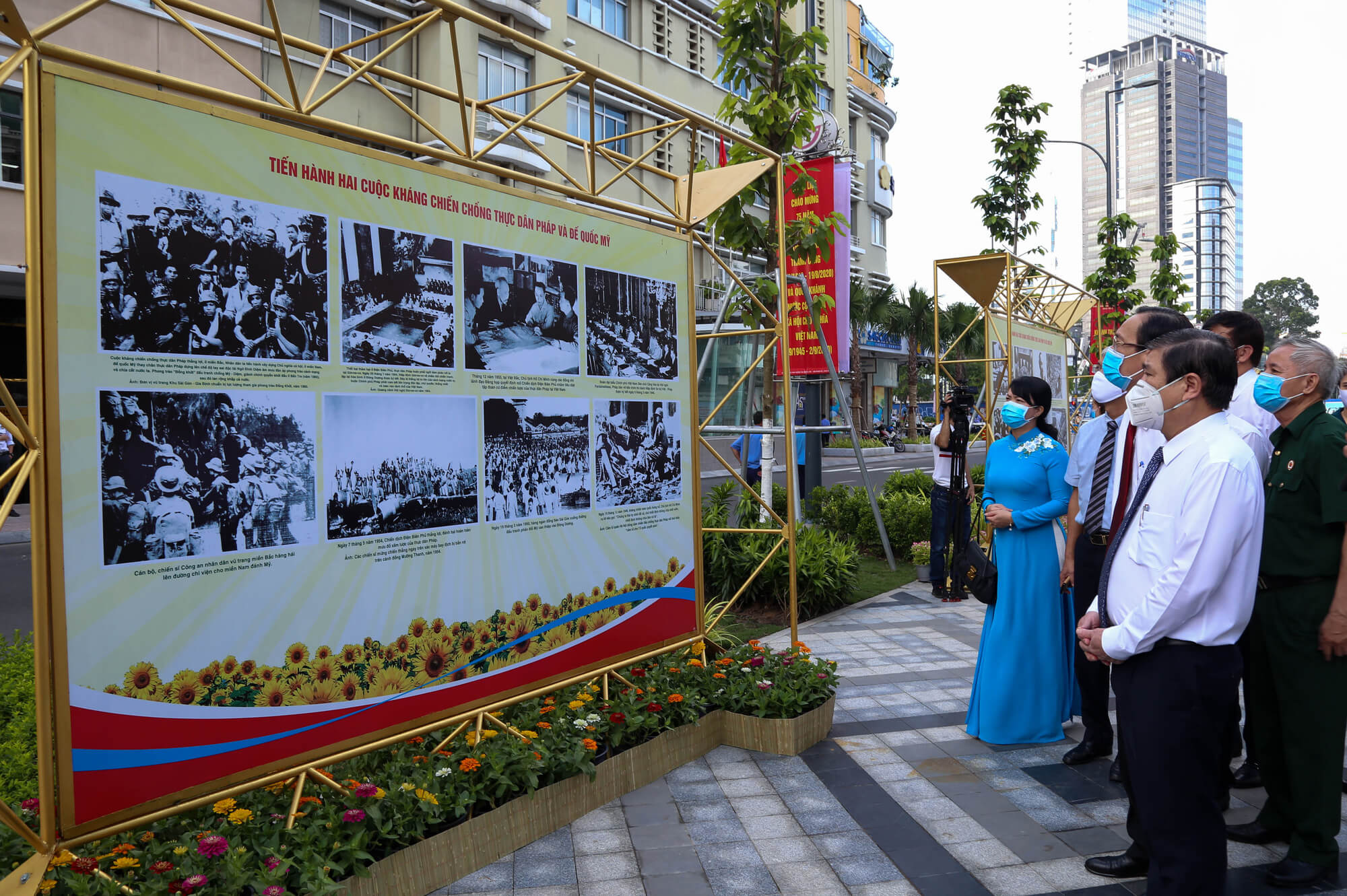