Vietnam's capital has plenty to offer globetrotters as Italy-based Big7Travel suggested Hanoi one of most ideal places for solo travel. 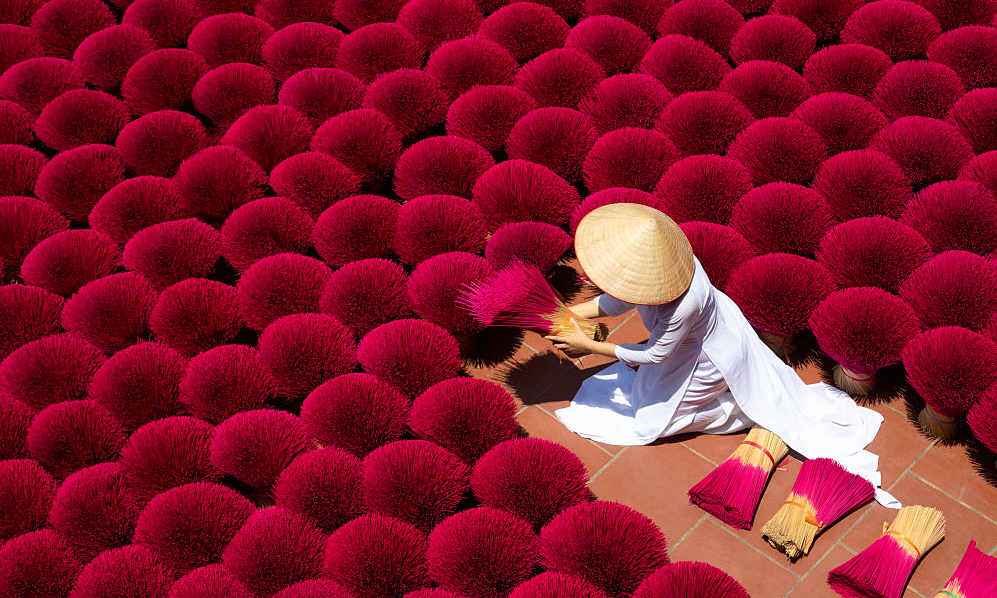 Solo travel is on the rise as a growing number of holidaymakers opt for trips that allow them to "do what they want".
Travel publication Big7Travel, which targets mobile-using millennials, recommends a solo vacation in Hanoi, which it describes as "a very safe destination especially for women with street food markets and cultural museums to scenic freshwater lakes.
"It’s a wonderful base from which to explore the north of Vietnam, including Ha Long Bay and Sa Pa, while also enjoying the comforts of a modern vibrant city."
Around four hours east of Hanoi, the UNESCO heritage site of Ha Long Bay features thousands of limestone karsts formed over 500 million years. The world-famous bay has been earning one laurel after another over the past years, with infrastructure improvements fueling a tourism boom.
Sa Pa, a cool town perched at 1,600 meters, or nearly one mile above sea level, around 300 kilometers (186 miles) from Hanoi, is frequented by solo travelers looking for a strenuous mountain trek or a rice paddy tour.
The other cities in the list are Tokyo (Japan), Bali (Indonesia), Singapore, Seoul (South Korea), Siem Reap (Cambodia), and Chiang Mai (Thailand).
Hanoi last year made it to Time magazine’s list of ‘best destinations for every type of travelers’.
The city, which hosted the historic second summit between U.S. President Donald Trump and North Korean leader Kim Jong-un in February, received 4.7 million foreign tourists in the first nine months of this year, up 10 percent year-on-year.
Saigon and Hanoi were among the world’s 100 most visited travel destinations in 2018, a Euromonitor International report said.
The capital was voted among the top 15 destinations in the world last March by TripAdvisor travelers.
Last year was a successful one for the city's tourism sector as a record 5.74 million foreign visitors came, a 16 percent increase from 2017.
Posted at 2020 Jun 04 06:23
Go back