The Ministry of Transport has put forward a proposal to the Government for consideration of resuming six international air routes in Asia. The Asia Insiders citing a report from the Vietnam Government Portal. 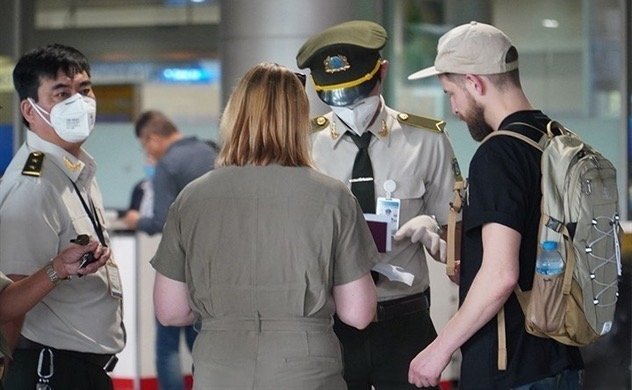 The proposed routes are Da Nang-Guangzhou (China), Ha Noi-Seoul (the Republic of Korea), Ha Noi-Tokyo (Japan), Ho Chi Minh City-Chinese Taipei, Quang Ninh-Vientiane (Laos) and Can Tho-Phnom Penh (Cambodia).
The frequency should be limited to one flight per week to each of the above destinations, the ministry suggested.
According to the Asia Insiders, it is estimated that around 2,500-3,000 foreign passengers will fly to Vietnam each week if the proposal is approved. The figures do not include Vietnamese citizens repatriated from foreign countries and territories.
These international flights also could only be resumed in early August to the earliest with approval of foreign partners.
At present, all airports in Vietnam are operating as usual, in which the Noi Bai International Airport and the Tan Son Nhat International Airport have received international flights, according to the ministry.
Since June, foreign airlines like Cathay Pacific, Singapore Airlines have carried out regular international flights from/to Vietnam while Vietnam Airlines has maintained regular flight schedule between Vietnam and the Republic of Korea.
Other foreign airlines like Emirates Airlines, Qatar Airways, China Airlines and Eva Airways. Asianna Airlines, and Korean Air have also resumed regular flights to/from Vietnam since July.
The above flights, however, only transported goods to Vietnam, passengers and goods from Vietnam to international destinations. Other flights carried Vietnamese citizens, foreign diplomats, experts and skilled workers back to the country.
Under the current regulations, incoming passengers and crew members shall have to isolate for 14 days.
Earlier on July 13, the Government Office announced that Prime Minister Nguyen Xuan Phuc had given the green light to the resumption of flights between Vietnam and China.
Frequency and conditions for passenger transport shall be discussed and decided by competent authorities of the two countries.
As of 6:20 am on July 17th, Vietnam confirmed 381 COVID-19 cases, including 352 recoveries.
The nation has gone three months without new community transmitted cases of COVID-19, said the National Steering Committee for COVID-19 Prevention and Control, led by Deputy Prime Minister Vu Duc Dam./.
By Asia Insiders
Posted at 2020 Jul 18 10:23
Go back