A large cave has been discovered in Tria Village, Huong Son Commune, Huong Hoa District in the central province of Quang Tri, according to Do Van Binh, the director of provincial Department of Culture, Sports and Tourism. 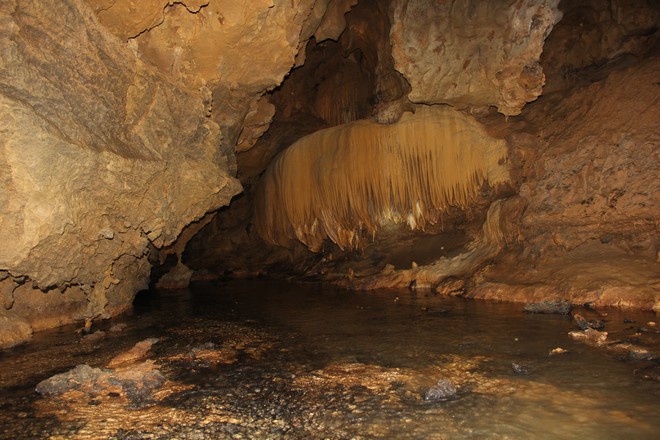 Locals in Tria Village, Huong Son Commune, Huong Hoa District in the central province of Quang Tri have informed the local authority about the discovery of a new cave in the area.
Binh told VN News he was informed by phone by a local about the cave. However, it was unclear by whom and when it was discovered. 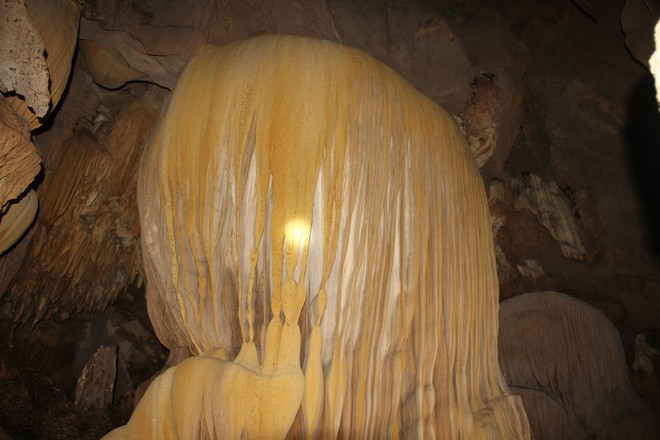 He said the department has contacted Huong Son Commune People’s Committee to collect more information as well as request a report be sent to Huong Hoa District People’s Committee.
The report will serve as a foundation to establish an exploration team and invite specialists to investigate the newly-found cave once the COVID-19 pandemic is controlled.
According to locals, the new cave lies in a rocky mountain in Tria Village. To enter the cave, they have to follow a small stream and climb vertical cliffs of about 50m high.
Some images taken inside the cave reveal many large intact stalactites inside and a crystal clear stream in the bottom.
Locals said that few have dared to venture inside as there was so specialised equipment to ensure safety.
According to Associate Professor Tran Tan Van, director of the Vietnam Institute of Geosciences and Mineral Resources, the discovery of a new cave in Quang Tri is not a surprise due to the geological structure of the area. 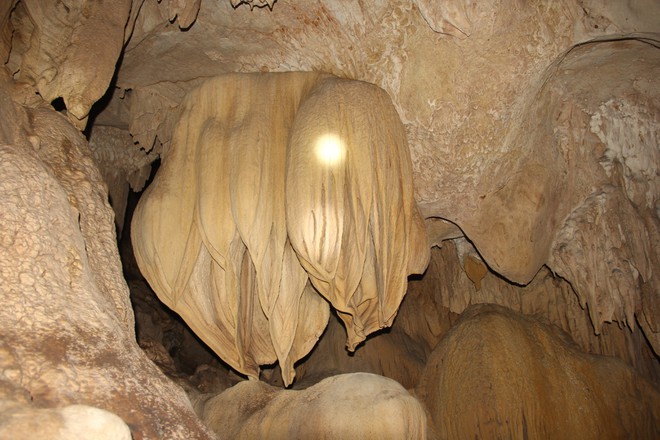 However, he suggested local authorities should not be too hasty to promote the cave to prevent people from entering while safety has not been guaranteed.
Instead, they should invite scientists to participate in research on the cave to evaluate its value and come up with a specific exploitation direction, he added.  VNS
Posted at 2020 Aug 15 09:45
Go back