More than 310 visitors are now stranded in the central Vietnamese city of Da Nang after strict social distancing rules were reinstated in the city on Tuesday due to recent novel coronavirus disease (COVID-19) outbreaks. 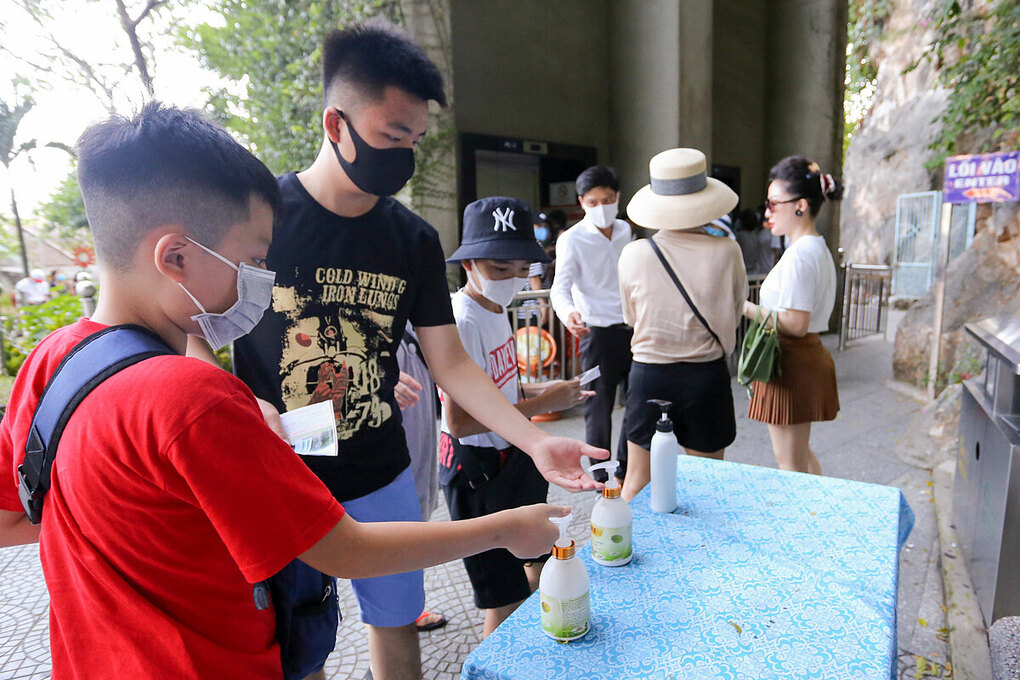 Tens of thousands of domestic tourists had left Da Nang before the social distancing period began at 0:00 on July 28.
However, a total of 314 people did not exit the city in time and will have to stay there until the social distancing rules are lifted, which is two weeks from now.
The municipal Department of Tourism has asked the stuck tourists to stay inside their accommodation facilities until August 11.
They should only go out when they need to buy food, supplies and medicine, or in emergency situations.
Owners of the hotels where these visitors are staying have been requested to provide necessary support and lower room rates for the stranded tourists.
Five local hotels, namely Bien Vang, Maison Phuong, Thanh Ha, Vitalis Riverside, and Ken, have announced discounted prices at VND200,000-300,000 (US$9-13) per night to support the visitors.
Guests are also allowed to cook at a shared kitchen in these hotels.
Meanwhile, A25 Hotel said it will let the tourists stay for free during the period.
Vietnam has logged 30 community-based cases since Saturday last week, ending a streak of 99 days without a single local transmission, according to a Tuoi Tre News count.
Twenty-six of the patients, including three critical cases, are in Da Nang, three in Quang Nam, and one in Quang Ngai Province. Those in Quang Nam and Quang Ngai are all linked to the Da Nang cases.
Da Nang started enforcing enhanced social distancing across the city on Tuesday that will be in effect for at least 15 days.
Officials have banned public gatherings of more than two people, shut down non-essential services, required citizens to wear face masks whenever outdoors, and asked them not to leave their home unless for essential trips while maintaining a two-meter distance in social interactions.
Flights to and from the beach city were suspended for 15 days starting on Tuesday.
The country’s COVID-19 tally was at 446, with 369 having recovered as of Wednesday morning.
Posted at 2020 Jul 30 07:13
Go back