A photo capturing the beauty of Long Coc tea hills in northern Vietnam is among 26 entries shortlisted for the Weather Photographer of the Year award. 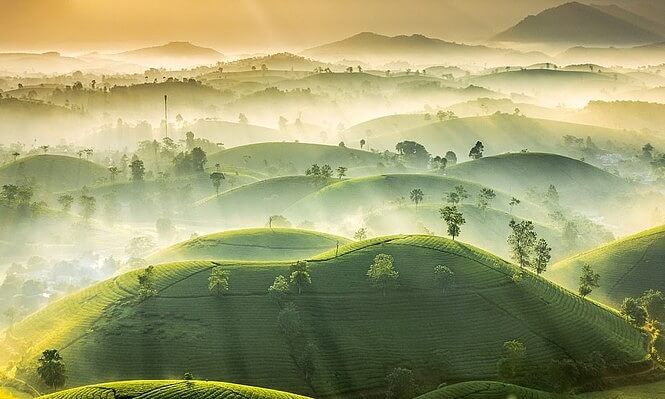 The photo of the hills in Phu Tho Province, 112 kilometers from Hanoi, taken by Vu Trung Huan shows them blanketed in early morning mist.
The annual contest is organized by the U.K.’s Royal Meteorological Society, a long-established institution that promotes academic and public engagement in weather and climate science, and U.S. forecaster AccuWeather.
The tea hills in Long Coc have been a favorite destination for photographers. The tea ‘islands’ are compared with the islets in Ha Long Bay, a UNESCO world heritage site in Quang Ninh Province where limestone islets and pillars jut out of a bay.
Tea farming is the main source of income for many locals. Farmers can be spotted between tea bushes with a basket on their back and a non la, the Vietnamese conical hat, on their head to shelter from the sun.
The final voting round will take place from now until September 25. The short list was chosen by viewers from among more than 7,700 submissions by 2,600 photographers around the world. The winning photos will be printed on the organizers’ calendar.