Anil Mathur - eTN India. The COVID-19 coronavirus largely leapfrogged Vietnam into the pandemic spotlight – the country has reported just 332 cases and no deaths. 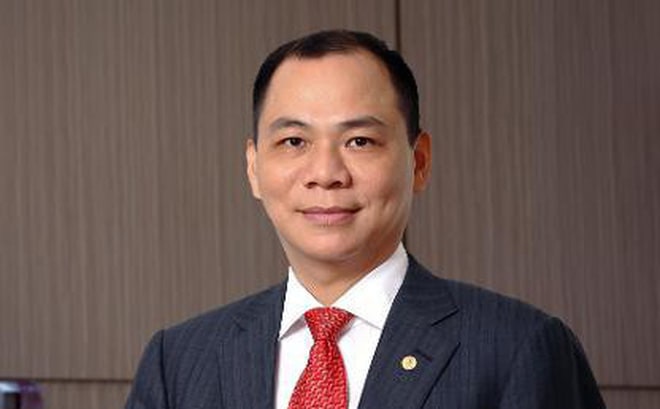 From his sprawling headquarters in Hanoi, the richest man in Vietnam, billionaire Pham Nhat Vuong, could see a need beyond the border. In April, the richest man in Vietnam surveyed his cradle-to-grave conglomerate and made a decision. He was getting into ventilators.
In the worst cases of COVID-19, the virus attacks the lungs, making it harder to get oxygen into the bloodstream. A ventilator can be the difference between life and death, and there aren’t enough of them. By one estimate, the world’s hospitals could use another 800,000.
The shortage is most acute in the developing world – South Sudan, for example, has just 4 ventilators for a population of 12 million, but the world’s richest country is short, too. After reports that some hard-hit New York City hospitals had jury-rigged ventilators to serve 2 patients at the same time, President Donald Trump compelled automakers and other U.S. companies to start making the devices. Ford Motor Co. and General Electric Co. teamed up to deliver 50,000 ventilators by July 13 in a $336 million government contract.
Vuong believes his company, Vingroup JSC, can do it faster and for less money. Using an open-source design from device maker Medtronic Plc, Vingroup submitted a working ventilator for regulator approval in mid-April. While the company waits for Vietnam’s regulators to give the go-ahead, ventilators are rolling off the assembly line.
Vingroup’s ventilators cost around $7,000 in Vietnam, 30% less than Medtronic’s own model. The company also says it could produce as many as 55,000 a month as soon as the government approves them and plans to export them wherever there’s demand. Vingroup says it’ll donate several thousand to Ukraine and Russia, where Vuong has long-standing business ties.
“For the time being, we will focus on producing lots of ventilators – and doing it really well,” said the 51-year-old Vuong, who shared his plans over the course of a few months in a rare interview at Vingroup’s Hanoi headquarters and in a series of emails. “We want to join hands with the Vietnamese government to solve a part of the pandemic problem.”
While Vingroup runs a handful of hospitals and clinics; being a medical device manufacturer hadn’t been on the agenda. But Vuong, who first got rich selling packaged noodles in the Ukraine, is known for an ambition that dovetails Vietnam’s own. So, when the country pushed domestic manufacturers to make more sophisticated products, Vingroup started making cars and smartphones.
Now, as the government gives away cases of made-in-Vietnam face masks to virus-hit countries overseas, Vuong is making ventilators part of an even more ambitious global campaign: selling Vietnamese cars to the world.
For Vietnam’s leaders, Vuong and Vingroup are a testament to the country’s progression from a socialist economy to a market-oriented one. The government has applauded Vingroup’s growth and success as part of Vietnam’s modernization.
Ventilators may prove a strategic introduction to the global market. If Vingroup can pull off production at the scale Vuong’s anticipating, it will be addressing a worldwide shortage, leveraging on Medtronic’s brand as a well-established medical device maker. And if the ventilators work the way they’re supposed to, Vingroup will have proven its ability to deliver a complicated, reliable, life-saving device – not a bad bona fide for an aspiring carmaker.
The company configured its first ventilator assembly line in less than a month, customizing 3 rows of conveyor belts in its 7-month-old smartphone factory. Engineers from the company’s VinFast car unit worked on the design of the device, and representatives from Medtronic are advising workers who were making smartphones and TV panels a few weeks ago.
“There are very few companies in the world like it,” said Mark Mobius, founder of Mobius Capital Partners LLP. He’s been investing in Vietnam for the past decade and has private equity investments in the nation. “The ambition is astounding. It would be a huge win – to make Vietnam a global player.”
Besides, he opened Vietnam’s first upscale hotel, the Vinpearl Resort & Spa on Hon Tre Island, connected by a 2-mile gondola to the seaside city of Nha Trang. The grounds include Vietnam’s first water park and an 18-hole golf course.
Nenden R. Rukasah of Vinpearl Hotels & Resorts informs that Vietnam has lifted its 22 days of social distancing directive on April 23, 2020. Most of the trades and services including hotels and resorts are allowed to resume their businesses. While speaking on the tourism activities in the near future, Rukasah said: “As the airlines resume international flights operation, people will gradually start traveling for business and vacations.
“Though it is expected that people will avoid to travel long-haul and highly-affected destinations in the beginning. Hence, being a short-haul destination to India and less affected with COVID-19 makes Vietnam a low-risk destination to travel unlike the U.S. and Europe.”
Vingroup’s 2 ventilator models have met initial technical standards, and clinical trials are under way, according to Nguyen Minh Tuan, who heads the department at the Health Ministry that’s regulating the ventilators. He said Vingroup should get approval to mass produce the ventilators once the results of the clinical trials come in this month.
Vuong says the current price of the ventilators is less than what it costs to make them. “The purpose of ventilator production is completely about contributing to society at this critical time,” he said. It’s also temporary. “We have no plans to expand into this segment.”
Vuong identifies as a patriot above all else, and he says he wants his company to keep adding to the list of firsts for Vietnam. “I always tell my colleagues: don’t let your life pass by without meaning,” he said. “Don’t let it be that at the end of your life, you have nothing that’s worth remembering or retelling. It would be a miserable ending to see that your life didn’t add any value.”
Posted at 2020 Jun 25 10:51
Go back