Ho Chi Minh City is to open its third night walking street in September with 48 food and souvenir stalls in District 10. 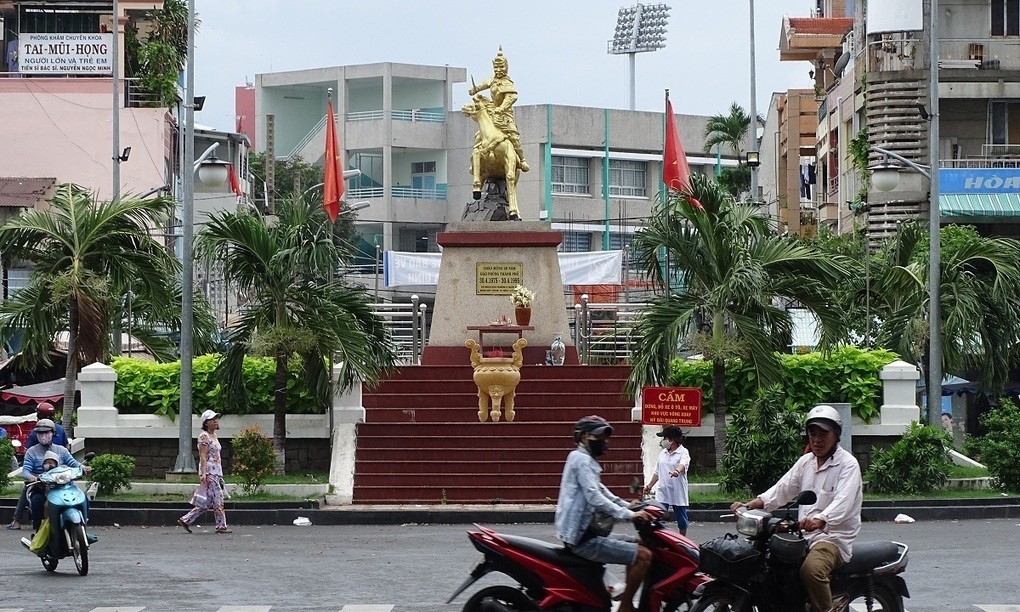 Vu Anh Khoa, chairman of the District 10 People's Committee, said Monday that the project has been approved by the city’s authorities. The district will soon build a welcome gate for the street and finalize the utility system, including toilets and parking lots for visitors, he said.
The walking street will be over 100 meters long, starting from the junction of Nguyen Lam - Ba Hat streets to that of Nguyen Lam - Nhat Tao streets.
The stalls and cultural performances including music and games are open from 6 p.m. to 11 p.m. No shops will sell alcohol so as to "avoid the risk of causing any public disorder".
Khoa added authorities will announce later this month the list of people allowed to ply their trade on the street, with priority given to people in difficult financial circumstances.
The city currently has two walking streets, Nguyen Hue and Bui Vien, both in District 1.
Since its opening in April 2015, Nguyen Hue has welcomed thousands of people every day, except when social distancing measures were implemented because of the Covid-19 pandemic. The street also hosts annual street festivals, parades and flower festivals.
About 2 km away, Bui Vien, hugely popular among both backpackers and locals, welcomed several thousand visitors every weekend since August 2017. After more than two months of shutdown to contain the novel coronavirus, Bui Vien, dubbed "Saigon beer street", resumed operation on May 8.
Posted at 2020 Jul 08 07:59
Go back