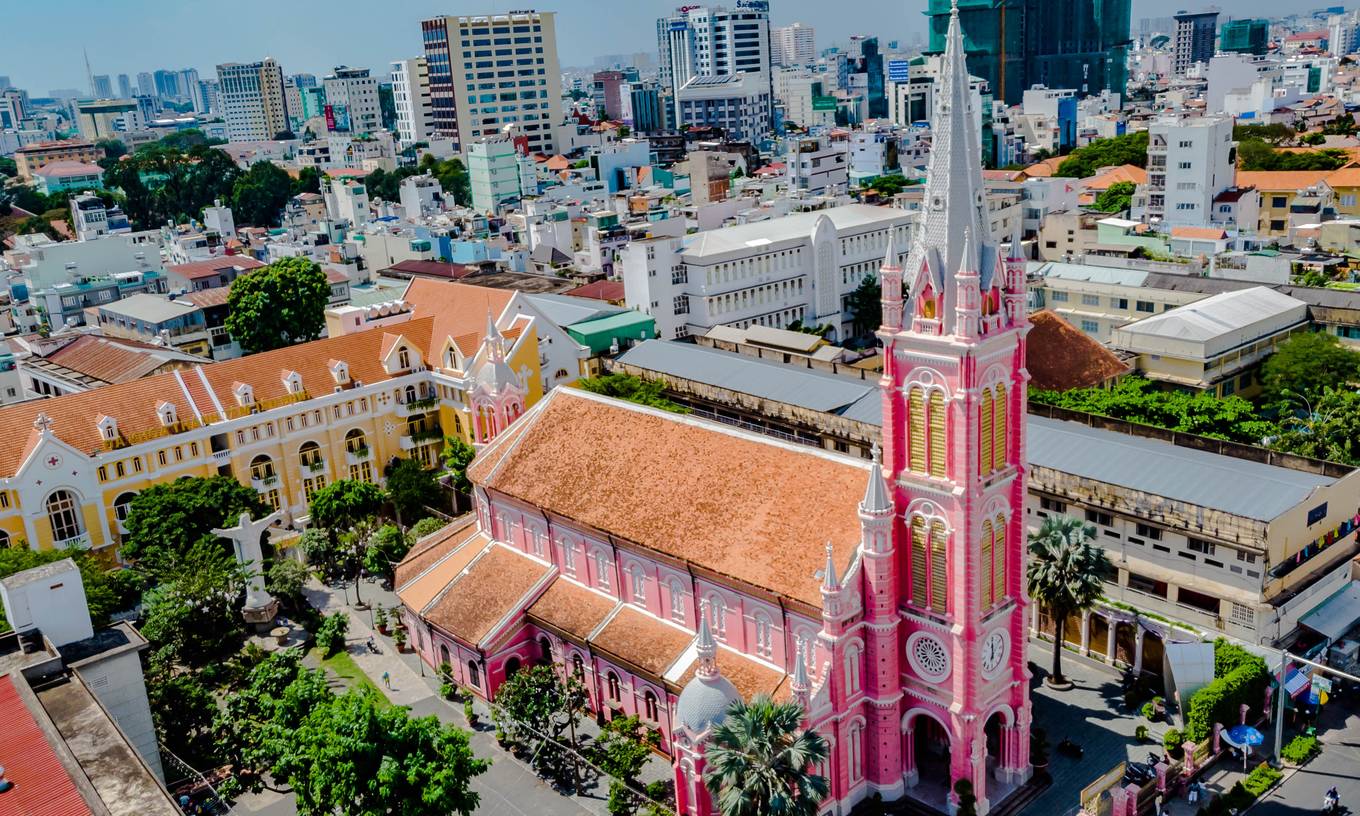 "Tan Dinh Church is one of the oldest in Ho Chi Minh City. Considered among the country's most beautiful structures, it dates back to the 18th century, built under supervision of Father Donatien Eveillard," Conde Nast Travel wrote Tuesday.
The Romanesque, Gothic and Renaissance architecture is entirely pink.
"On the outside, it’s a more salmon-like shade, while the interior is painted a strawberry and cream hue," the British magazine noted.
Construction commenced in 1870 and completed six years later. It is the second largest church in Saigon after the iconic Saigon Notre Dame Basilica, closed for renovation over the next two years.
On top of the 52 m tall main tower stands a cross three meters high. Inside the tower hangs a 5.5 ton bell. The inner sanctum accommodates two rows of columns, with the altar made of Italian marble.
The list further includes Pink Beach on Komodo Island in Indonesia, India's Jaipur, the Gallery at Sketch in the U.K., Keukenhof Tulip Gardens in the Netherlands and the legendary Don Cesar Hotel in the U.S.
Last month, American news site Business Insider picked Saigon Notre Dame Basilica, built in French colonial times, among the world’s 19 most beautiful cathedrals.
Posted at 2020 Jun 06 06:20
Go back