The Northern border province of Lang Son is famous for Then and Sli singing of the Nung ethnic people as over the years a number of local artists have made every effort to preserve and promote these folk melodies. 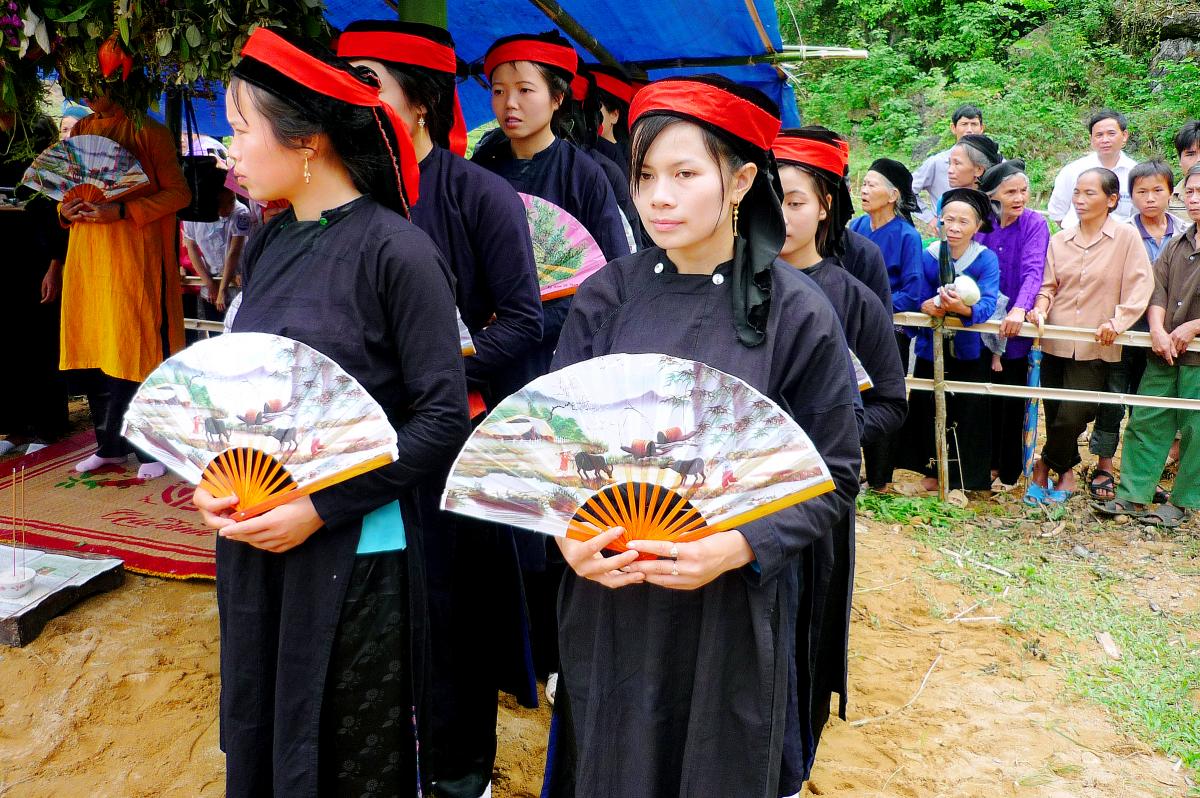 Artist Ha Mai Ven is from the Nung ethnic group in Cao Loc district, Lang Son province. She was the youngest artist in Lang Son to be conferred to the Emeritus Artist title by the State President for her efforts to preserve the Sli, a unique duet singing genre of the Nung ethnic people.
“When I was young, I heard Sli melodies sung by villagers," Ven recalls. "At first, I sang along to the melody, then got addicted to this music genre. Sli is part of my soul”.
Mai Ven can sing a lot of Sli songs that she learned from other villagers. She says although Sli singing is not as popular as it was, she still loves it and tries to preserve it as it’s the traditional melody of the Nung people.
Ha Mai Ven won a gold medal at the Folk Singing contest for ethnic groups in Lang Son province in 1999, which was a breakthrough in her singing career. She has since brought Sli to various events and won lots of prizes for her performance.
The artist also did research and wrote more than 200 Sli songs which are performed at weddings, New Year celebrations, and cultural events.
Vi Hong Nhan, Chairman of Lang Son province’s Folk Song Preservation Association, says he appreciates Ven's role in preserving the art.
“Artist Ha Mai Ven knows a lot about Sli singing," Nhan notes. “She has opened many classes to teach young people to sing Sli and Then. She is passionate about preserving this art”.
For more than 40 years, Ven now can sing 323 Sli songs and 60 Then songs. She has also done lots of research, collected, and modified more than 200 Sli songs to make them adapt to modern times.
Emeritus artist Ha Mai Ven has established a folk music club with more than 60 members aged 8 to 50 who have great passion for folk music. Phung Thi Sen, a member of the club, reveals the club has performed in pmany places and has received positive responses from villagers.
With great passion for Nung folk tunes, artist Ha Mai Ven has worked with other singing clubs in Lang Son province to teach Sli and Then songs to the younger generation in a hope of preserving and promoting these art genres.
Posted at 2020 Aug 10 09:10
Go back