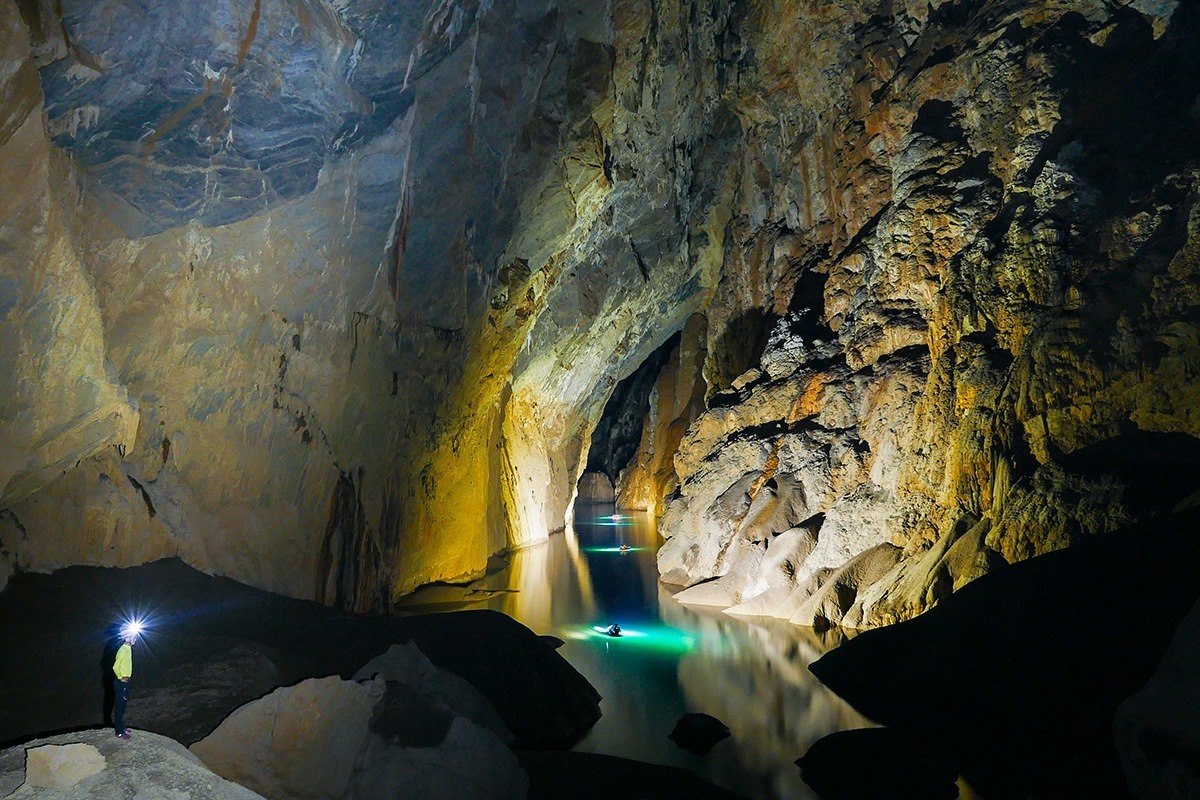 In a Sunday article, it notes: "Across the world, natural wonders promote our planet's biodiversity, stabilize our climate, and support human life and some of these natural wonders have also broken records - their size, height, or length reigns supreme."
Son Doong is the only Southeast Asian representative in the list of record-breaking nature wonders, which also includes the Angel Falls in Venezuela, the world’s tallest waterfall; the world’s longest Nile River in Africa; Mount Kilauea, the world's most active volcanic mass in the U.S., and Mount Everest, the world’s highest mountain.
Son Doong is estimated to be between 400 and 450 million years old, but it was only "discovered" in 2009. The cave, which has a total length of 9 kilometers, was declared as the world’s largest and it opened to tourists in 2013, four years after members of the British Cave Research Association finished their exploration.
"It is large enough to have a weather system independent from the outside world. The cave even has its own clouds, jungles, and rivers, and appears almost like a fantasy world untouched by humans," the Insider said.
Now, Son Doong, part of the Phong Nha-Ke Bang National Park, a UNESCO heritage site, is a fast-emerging tourist destination in the country.
Tours of Son Doong have reopened since mid-May after being closed for over two months due to the impacts of the Covid-19 pandemic.
Registration for Son Doong tours, organized between June and August this year, have to be made well in advance since stringent restrictions have been placed in order to preserve the complex’s ecosystem. Around 240 slots are available for the rest of 2020, according to Oxalis, the only agency permitted to offer the tours.
A four-day expedition that departs this year costs a reduced $2,500 per person. Buses can be taken from Hanoi to Dong Hoi, capital of Quang Binh, and from there to the park.
Posted at 2020 Jun 10 04:42
Go back