A Hue creative has given Vietnam’s cultural symbol, the conical hat, a twist by using almond leaves instead of maple and making it transparent. 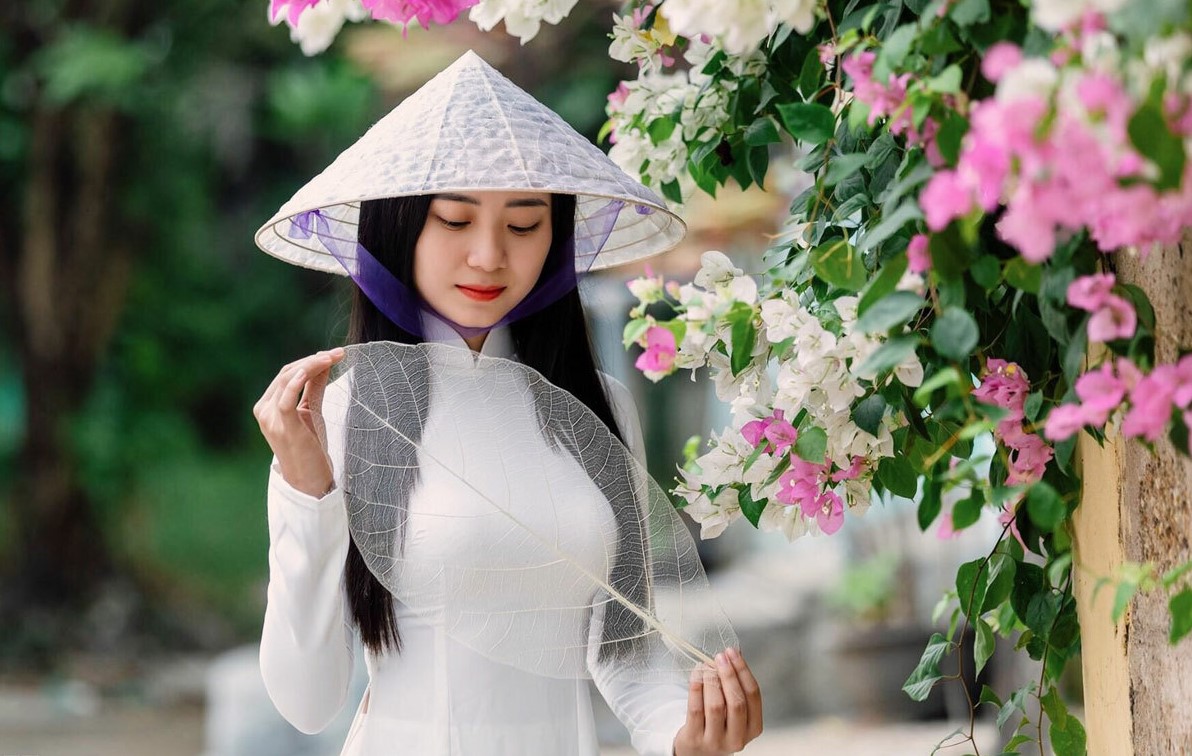 After watching a clip about a non la (conical hat) being made from lotus leaves a few years ago, Vo Ngoc Hung, 64, was inspired to try and give it a new and unique look.
"I am a man who likes to try and experience new things," he says.
Hung used to work in different occupations like construction, Chinese medicine herbal medicine and others. He learned and experienced new things in each of those jobs. Then he realized he had a strong passion for handicrafts, Hung recalled.
During a trip to visit friends in Thua Thien-Hue Province's Huong Tra Town in 2018, Hung happened to see a thick and large forest almond leaf, and the idea of making conical hats from almond leaves came to him.
He had tried making the hats from bodhi leaves before, but it did not turn out well since the leaves were too small.
"I was determined to make a conical hat from almond leaves though I was not sure if it would work. I also did not have much money at that time. I sold two racing bikes, and ... my daughter ... gave me VND1 million ($43) and said she hoped I would succeed."
Hung began to go into the forest with a bag and a rake to look for suitable almond leaves on the floor. But it was the rainy season and he could not find any since there were worms on the leaves. Besides, the forest was full of dangerous snakes.
He then waited for the dry season.
"Finding suitable leaves was a challenging task. As I picked them up, they were torn or was eaten by worms. Then I discovered the zoom function in my phone camera. I use it as binoculars to search for leaves [in trees] before getting them down."
As he speaks, he is gently lifting leaves he had previously soaked in water. The leaves must be thick and old since young ones distort if soaked.
One time Hung fell and almost broke a leg while looking up at leaves in a tree. Another time he drove 200 km, traveling for two days, to a forest but could only find 12 leaves.
Later, with more experience, he learned which forests had the leaves with the traits he desired, and started hiring locals to gather them for him.
His hard work paid off. "I held a decomposed almond leaf and tears fell from my eyes. I was so overjoyed that my tests had succeeded."
Making a conical hat involves a lot of work. First, Hung needs to choose suitable leaves and soak them in a baking soda solution to remove the green pigmentation. He takes them out a month and a half later to scrape off whatever green is left, leaving behind leaves that are transparent.
He then shapes the conical hat with the petioles on top to form the tip of the hat, weaves it and puts it through a moisture-proofing process to avoid mold.
Hung says the most challenging work is brushing off the green pigments. "I use a toothbrush to gently brush the thin leaves. The brushing must be done in the right direction so that the leaf stays intact. If a leaf is torn, all my hard works will go waste."
Out of every 100 leaves only seven or eight are usable after soaking, he said. It takes 15-30 leaves to make a conical hat, depending on the size.
Conical hat weavers refused to help him at first since they had never worked with almond leaves before. But Hung persisted. "I told myself I could not give up. Many people said I was crazy to make a hat which allows sunshine to pass through. But I decided to carry on following my passion."
After getting customer feedback, he gradually learned to improve moisture and mold prevention methods. He kept tinkering and correcting his errors and perfected his hat after seven or eight months.
Hung's unique, transparent conical hats have gained popularity thanks to both word of mouth and social media, especially in Hanoi and Ho Chi Minh City. "Some customers in Hanoi ordered 1,000. Although I was very happy, I had to refuse since I could only make 30 hats at the time."
It may look fragile, but can be used in nearly any weather. Users will not get wet in the rain, while the hat itself dries naturally.
Hung said he sells his almond leaf hats for VND450,000 ($19.5) each.
"I hope my hat could boost the development of Hue tourism. It is traditional, environmentally friendly and depicts high craftsmanship."
Huong, a Hue resident, said: "I am familiar with traditional conical hats, so it was interesting to come across this unique maple leaf design, which is lighter and see-through."
Currently, Hung makes 60 hats a month. Most of his customers contact him via social media, with some buying in bulk to send abroad. Before the Covid-19 broke out, he had also welcomed many foreign visitors.
In addition to maple leaf conical hats, Hung also sells conical hats painted with Hue landmarks, flowers or patterns as per customer request. All these hats are decorated by his wife.
Posted at 2020 Jul 14 21:33