A tropical depression is heading toward the East Vietnam Sea and is forecast to strengthen into a storm in the next few days. 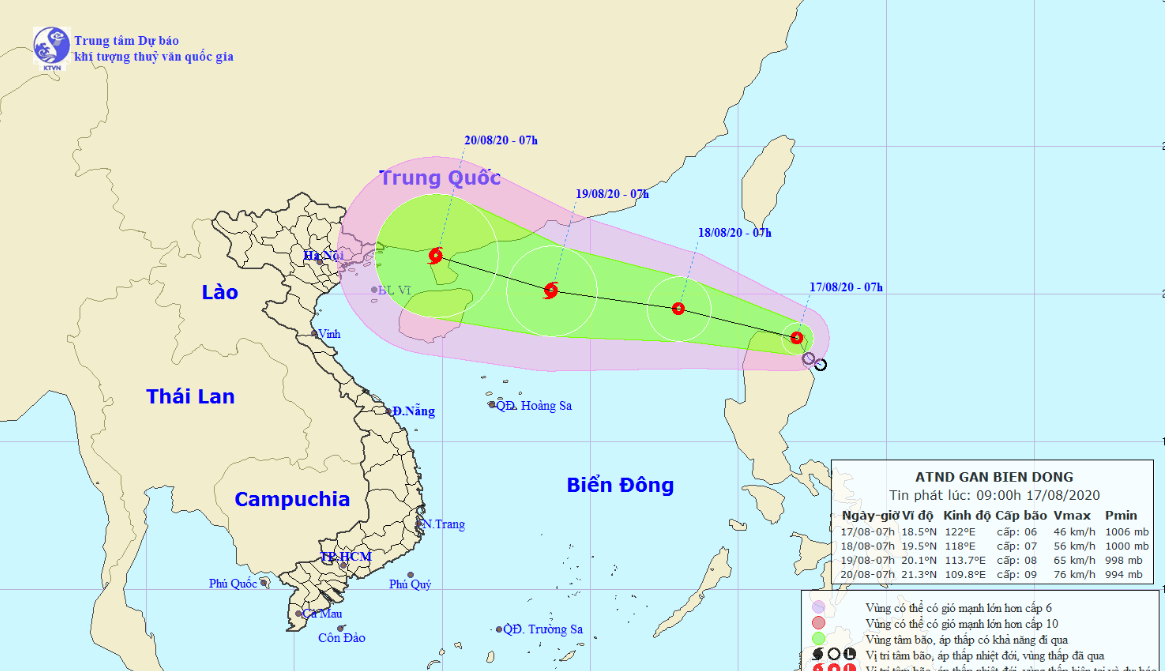 The tropical depression was located in the northern part of the Philippines’ Luzon Island as of 7:00 am on Monday, unleashing winds at 40-50 kilometers per hour and gusts at up to 75km an hour, according to the National Center for Hydro-meteorological Forecasting.
In the next 24 hours, it will travel northwest and enter the East Vietnam Sea.
The low-pressure system will be located about 300 kilometers northwest of Luzon Island at 7:00 am on Tuesday, with wind speed increasing to 50-60km per hour.
In the next 24 to 48 hours, the tropical depression will continue its northwestward journey and is likely to evolve into a storm.
The storm is expected to be 280 kilometers west of China’s Hainan Island as of 7:00 am on Wednesday, packing winds at 60-75km per hour.
It will continue traveling northwest and pick up strength.
Rain is forecast to dampen mountainous localities in northern Vietnam on Monday, with average rainfall estimated at 20-50 millimeters.
The weather pattern poses high risk of flash floods, inundation, and landslides in multiple areas.
From August 17 to 20, northern localities and the north-central province of Thanh Hoa will also be lashed by heavy downpours, with the highest rainfall recorded on August 18.
The rains will be accompanied by lightning and gusts.
In southern Vietnam, showers are in the forecast on Monday, with temperatures ranging from 24 to 33 degrees Celsius.
Posted at 2020 Aug 18 12:49
Go back