Budget carrier T’way Airlines has announced plans to resume its HCMC-Seoul service on July 22, though only carrying passengers one way to South Korea. 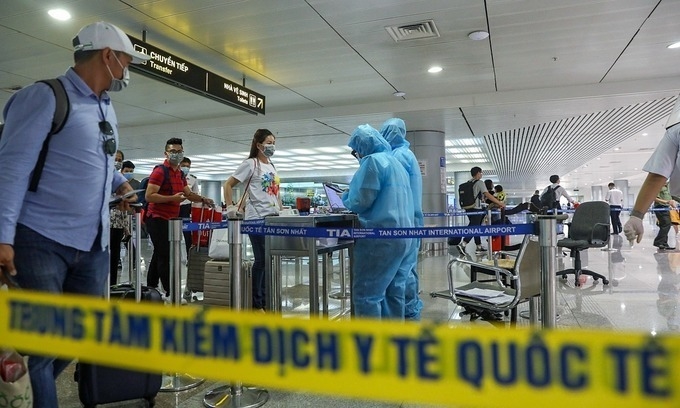 The South Korean airline will fly twice a week from Tan Son Nhat International Airport in Ho Chi Minh City to Incheon Airport in Seoul, Vietnam News Agency reported.
The aircraft would fly empty on their return trip, the agency quoted a T’way Airlines source as saying.
Passengers are required to undergo medical tests on landing in South Korea.
Vietnam has not reopened to foreign tourists to preclude a possible second wave of Covid-19.
T’way Airlines stopped international flights in March due to travel restrictions, but plans to gradually resume them and focus on repatriating South Korean students abroad, the Organization of Asia-Pacific News Agencies reported.
As of mid-June around 3,500 South Korean experts had been granted permission to enter Vietnam for work, the country's Ambassador in Hanoi, Park Noh-wan, said.
Vietnam has gone 81 days without community transmission of Covid-19. It has had 369 infections but no deaths, and 340 of those infected have recovered.
Posted at 2020 Jul 08 08:04
Go back