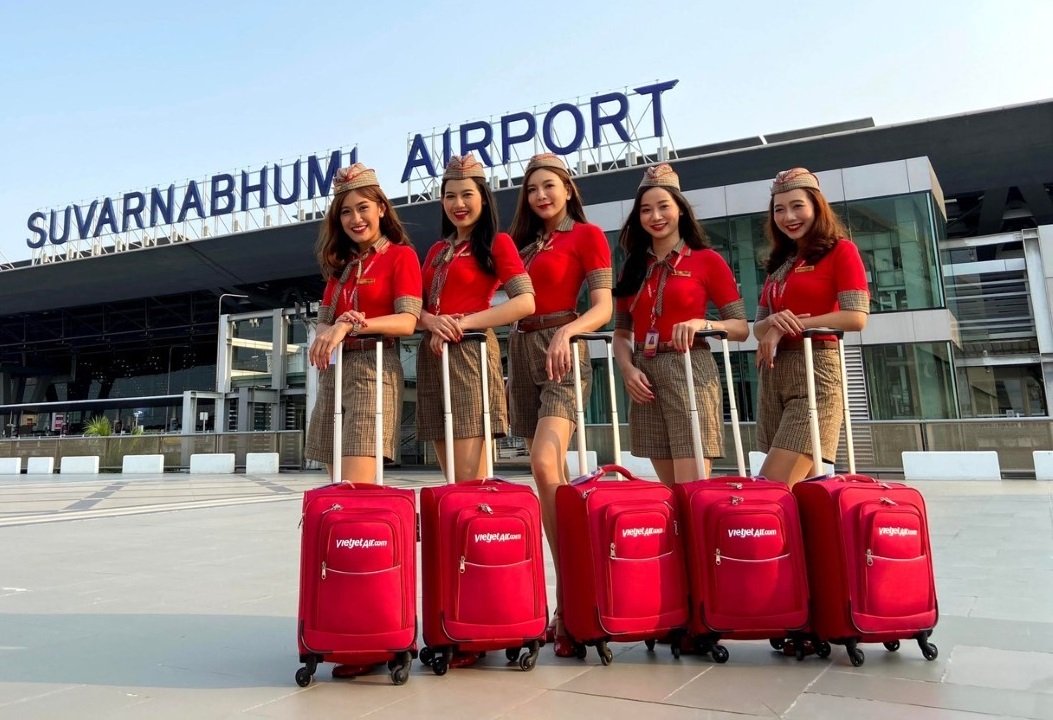 Vietjet announces 5 new Thai domestic routes, expanding flight network in Thailand
(Bangkok, June 15, 2020) – Vietjet has announced and opened ticket sales from June 15, 2020 for 5 new Thailand domestic routes. These five new routes will connect the capital Bangkok (Suvarnabhumi) with famous tourism and cultural destinations from North to South of Thailand including Hat Yai, Khon Kaen, Nakhon Si Thammarat, Ubon Ratchathani, and Surat Thani.
The 5 new routes extend Thai Vietjet’s domestic flight network to 12 domestic routes, connecting 11 destinations in Thailand. Vietjet is bringing more chance for people and tourists to benefit tourism, trade in Thailand.
Hat Yai, a large district of Songkhla province in South of Thailand, is well-known as the center of trade, logistics, communications, transportation, and tourism of the province and the region. While Nakhon Si Thammarat and Khon Kaen are famous for their precious history. For Ubon Ratchathani, it is one of the four major cities of Isan, a region in northeastern Thailand, also known as the "big four of Isan." Meanwhile, Surat Thani is a province in the lower southern Gulf of Thailand with many popular big and small islands around the province, including traveler’s favorite islands of Koh Samui. Let’s travel to these Thai top destinations with Vietjet.
Recently, Vietjet has also increased its Vietnam domestic flight network to 53 routes with 8 new routes connecting Hanoi with Dong Hoi (Quang Binh province); Hai Phong with Quy Nhon (Binh Dinh province); Vinh (Nghe An province) with Phu Quoc; Da Nang with Phu Quoc, Da Lat (Lam Dong province), Buon Ma Thuot (Dak Lak province), Vinh and Thanh Hoa. These new routes will commence operation from June 18, 2020.
In celebration of the new routes launching, more than 500,000 promotion tickets from only THB5 (approx. US16 cents) (excluding taxes and fees) are given away for 5 days from 15th- 19th June, 2020 during the golden hours between 12:00 and 14:00 (GMT+7) on website www.vietjetair.com. The promotion tickets are available for the travel period from 1st July till end of December 2020. Thai Vietjet also organize the lucky draw with the prize of ‘5- month free travel with Thai Vietjet’ for all the customer doing the booking tickets on the promotion site at skyfun.vietjetair.com.
Currently, Thai Vietjet is operating stable flight operation covering Thailand domestic network including routes between Bangkok and Chiang Mai/ Chiang Rai/ Phuket/ Krabi/ Udon Thani. Passengers are recommended to check the regulations and procedures upon arrival of each destination city and airports for smooth entry. The airline also continuously increases flight schedules and extends its network in response to rising demand. Earlier, Thai Vietjet has offered 1-year complimentary travel to front line medical staff, including all members of Thai Covid-19 Prevention & Control Committee and all doctors and nurses of 160 appointed hospitals for treatment of Covid-19 patients in Thailand as a way to appreciate the heroes who have been working hard to prevent and control the outbreak until the situation is recovered.
Posted at 2020 Jun 25 10:54
Go back