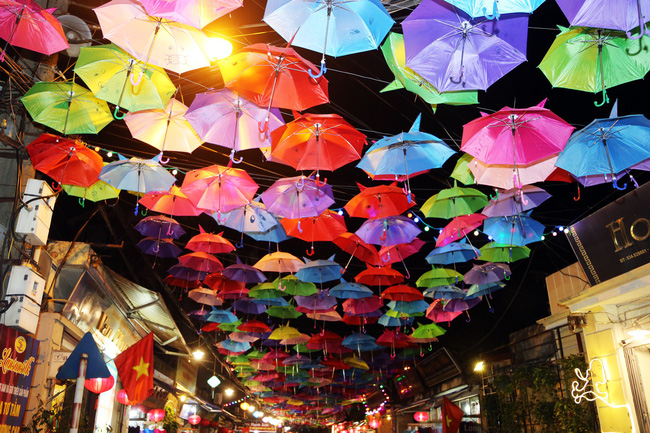 The scheme aims to seize opportunities to develop a nighttime economy that will help raise people’s income and living standards.
According to the scheme, the government supports economic development at night in line with the global trend in order to make the most of the time, create more opportunities for economic growth, diversify economic activities, and at the same time better serve the material and spiritual life of people, especially foreign tourists.
For the time being, the government encourages the development of the nighttime economy to stimulate domestic consumption and tourism development through cultural, entertainment, catering, shopping and tourism services, taking place from 6:00 pm till 6:00 am the following day.
The scheme will first be piloted in localities that house large numbers of tourists, such as Hanoi, Quang Ninh, Hai Phong, Ho Chi Minh City, Da Nang, Hoi An in Quang Nam Province, Thua Thien-Hue, Can Tho, Da Lat in Lam Dong Province, and Phu Quoc Island off Kien Giang Province.
If successful, the model will be replicated in other locales.
The prime minister requested centrally-run cities and provinces to research and build a nighttime economic development model taking into account local advantages and practical conditions.
In addition, he asked the localities to examine ways to limit risks and the negative impacts of such a model to ensure political security, social order, and safety.
According to current regulations, discos and karaoke parlors are not allowed to operate after midnight until 8:00 am of the next day, while clubs inside tourist accommodation establishments that are rated at least three stars or higher are permitted to open after midnight but not later than 2:00 am the following day.
Posted at 2020 Jul 30 07:12