Vietnam Breaks Out of the Covid Tourist Trap

Holidaymakers are back, and they’re mostly local. That may be a model for the rest of the world. 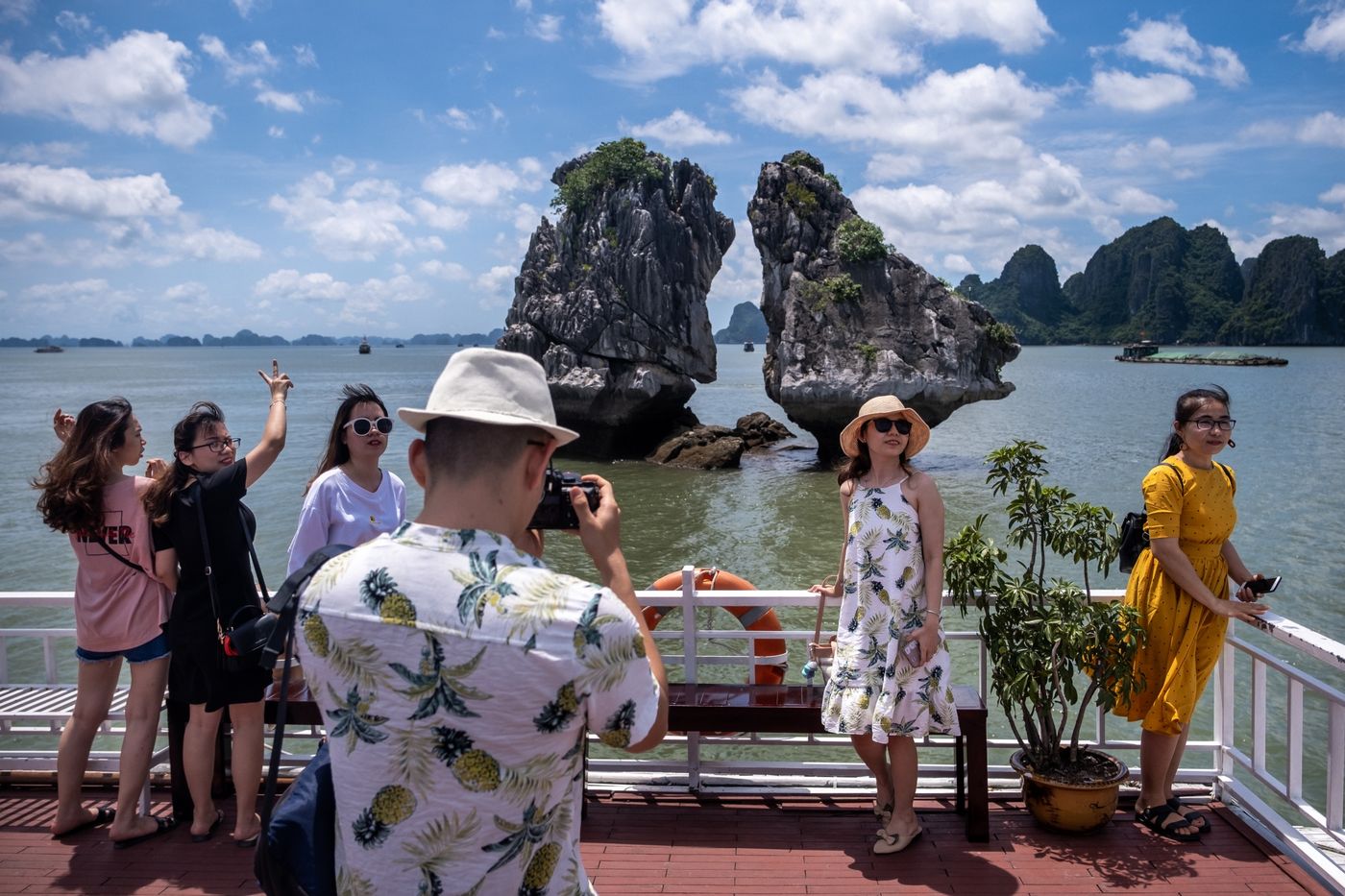 Vietnam is pulling ahead in the race to reopen Southeast Asia to city-hoppers and sunseekers.
International arrivals were down 98% in May from a year earlier, after a record 2019. Yet success in containing the coronavirus epidemic means domestic travel has already restarted. Thailand, by comparison, is still under a state of emergency, and other neighbors in the tourism-friendly region are only slowly easing restrictions. The steady reopening will help Vietnam’s convalescing economy, and may encourage a welcome rethink on leisure industry priorities.
For a country of nearly 100 million that borders China, Vietnam has been something of a standout case through the pandemic. Official records show just 329 cases and no deaths. That reflects a decision to close borders rapidly, quarantine tens of thousands, and to contact trace and test at impressive levels. Clear official communication, affordable test kits and locally made protective equipment helped. Its lockdown lasted barely a month, and since mid-April, all new cases have been imported. By contrast, Thailand has roughly 3,100 cases, the Philippines over 20,000 and Singapore more than 37,000, mostly in migrant-worker dormitories.
The result is that Vietnam has been among the first countries globally to get its citizens holidaying again. Tourism makes up only about 9% of the $260 billion economy — a smaller portion than Thailand, where the industry accounts for a fifth of gross domestic product — but it still adds up to some 5 million jobs, many for lower-skilled workers. A “Vietnamese People Travel in Vietnam” campaign began just as the country’s airline industry restarts regular schedules. Last year, there were 85 million domestic tourists, who made up more than 80% of all visitors — a huge number even if they are less spendthrift than foreigners.
It’s an early glimpse into what post-pandemic holidays might look like for all of us. A cautious version, perhaps, compared to tourist-dependent parts of Europe racing toward peak summer months. So far, observations gathered over the past few weeks by Thien Minh Group, which runs everything from cruises to resorts, suggest travelers favored shorter breaks closer to home, at the beach or in natural settings, with many still shunning flights. Discounts and safety were key motivators, though anecdotal evidence suggests hotels have preferred throwing in extras to cutting room rates, a harder move to reverse.
What about the next step, then, the return of foreign visitors? That may still be months away, despite airlines beginning to prepare for overseas flights. Considering Vietnam’s relative safety, that’s a stark indication of just how long it will take to get the near-$9 trillion global tourism industry moving again, as countries work to hammer out bilateral agreements for travel, starting with priority business visitors. Even these lanes are often not green but amber, says Brendan Sobie, an independent analyst, and fraught with restrictions as with Singapore and China, or China and South Korea.
Potential pitfalls abound. Who comes first, and when? Ken Atkinson, an industry veteran who is now vice chairman of the Vietnam Tourism Advisory Board, points out that to avoid politics, there are likely to be objective thresholds put in place: a month of no community transmission, for example. Countries that have managed the pandemic well — South Korea or New Zealand, say — are likely to be among the first in line. The focus for Chinese tourists, key for Southeast Asia, will probably be on the Golden Week holiday at the start of October.
It’s likely to be a progressive opening on the Vietnamese side, with easily contained holiday islands like Phu Quoc or resort towns going first, says Steven Schipani, who looks at tourism in the Mekong region for the Asian Development Bank. Tourists won’t accept long quarantines, but testing is likely to be part of the deal, on both ends of the trip.
The other half of this jigsaw is countries of origin. China, whose visitors spent some $17 billion in Thailand alone last year, has used tour groups for political aims before. For now, though, safety appears to be a greater concern, and that's especially true for the independent travelers who will probably cross borders months before tour groups on red-eye charter flights.
For Vietnam, as for all of Southeast Asia, there is a silver lining to this slow return to the world stage. The region has been a victim of its own success with mass tourism. The 2018 closure of Maya Bay in Thailand, the setting of the film “The Beach,” and of Boracay in the Philippines the same year speak to the damage done by hordes of backpackers and unthinking tourists. A health-conscious, eco-savvy reopening that focuses on higher-margin independent travelers may help build a more sustainable future.
Posted at 2020 Jun 07 11:32
Go back