Vietnam by night, an aerial view

Photographer Pham Huy Trung captures beautiful night shots of some of the country’s popular urban landscapes from above. 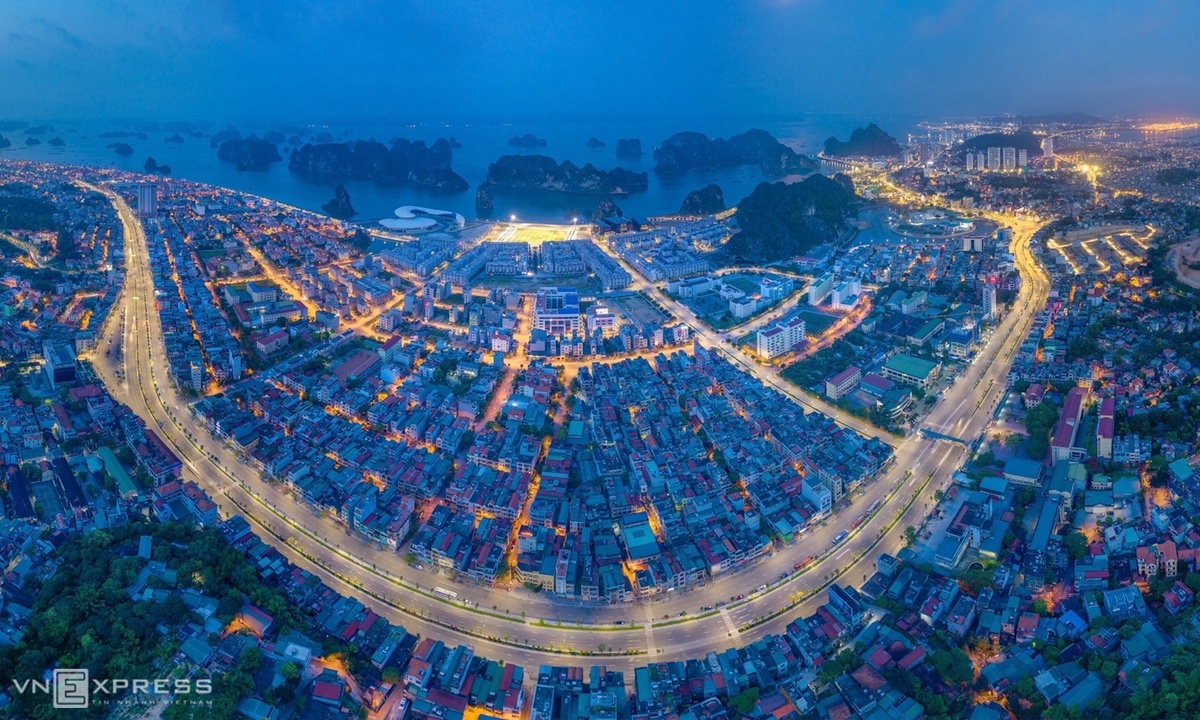 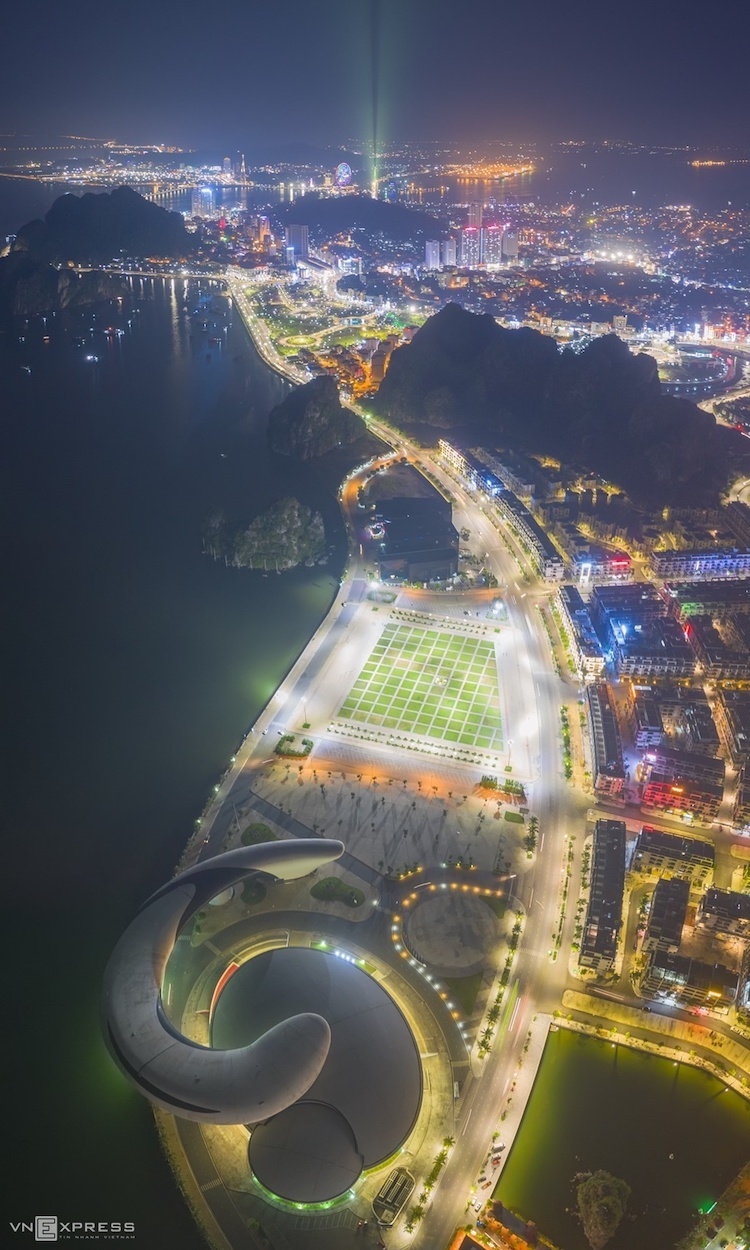 Dolphin House, Quang Ninh’s exhibition center, is another impressive sight in Ha Long. The name came from its shape when seen from above. 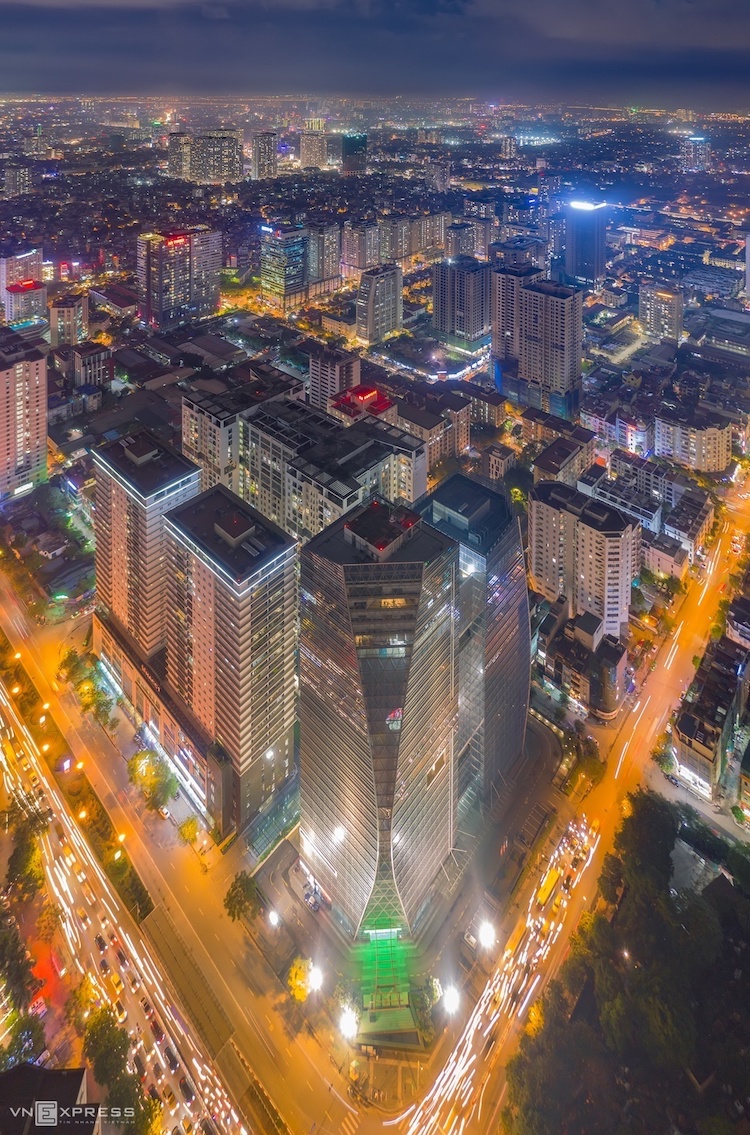 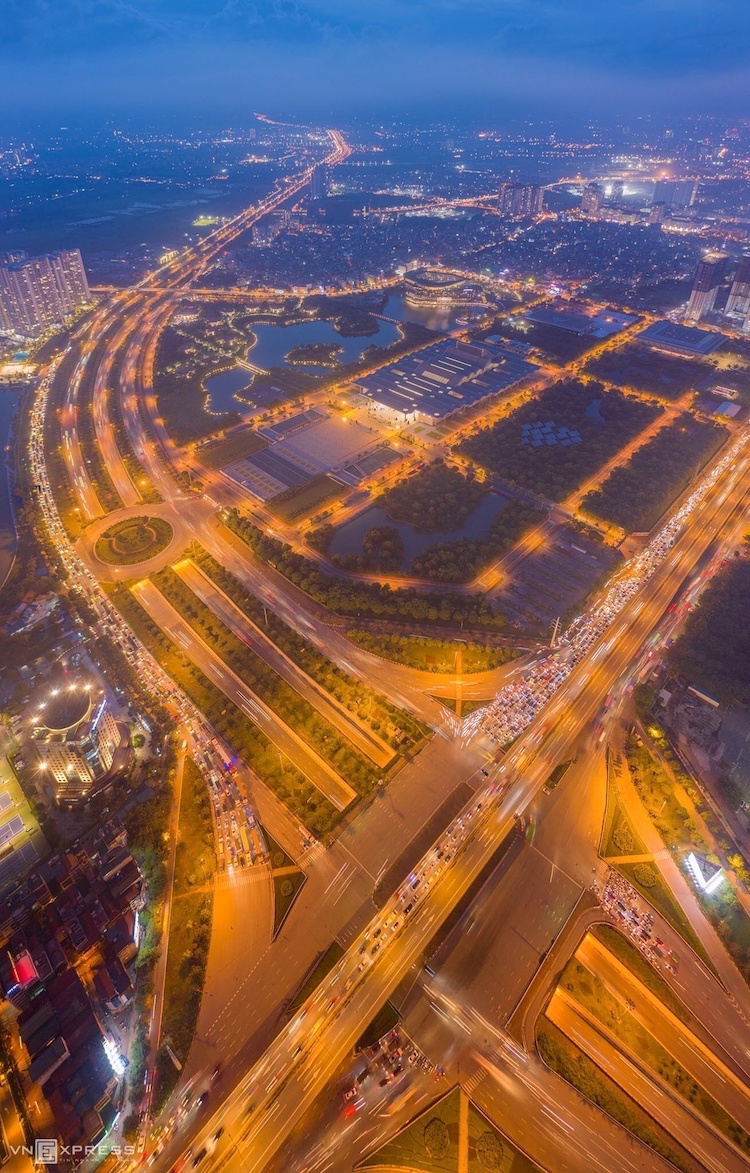 Thang Long Boulevard is a 30-km-long road that runs through three districts in Hanoi, Nam Tu Lien, Hoai Duc and Quoc Oai. It opened to traffic in 2010, marking the 1000th anniversary of the capital, Thang Long-Hanoi. 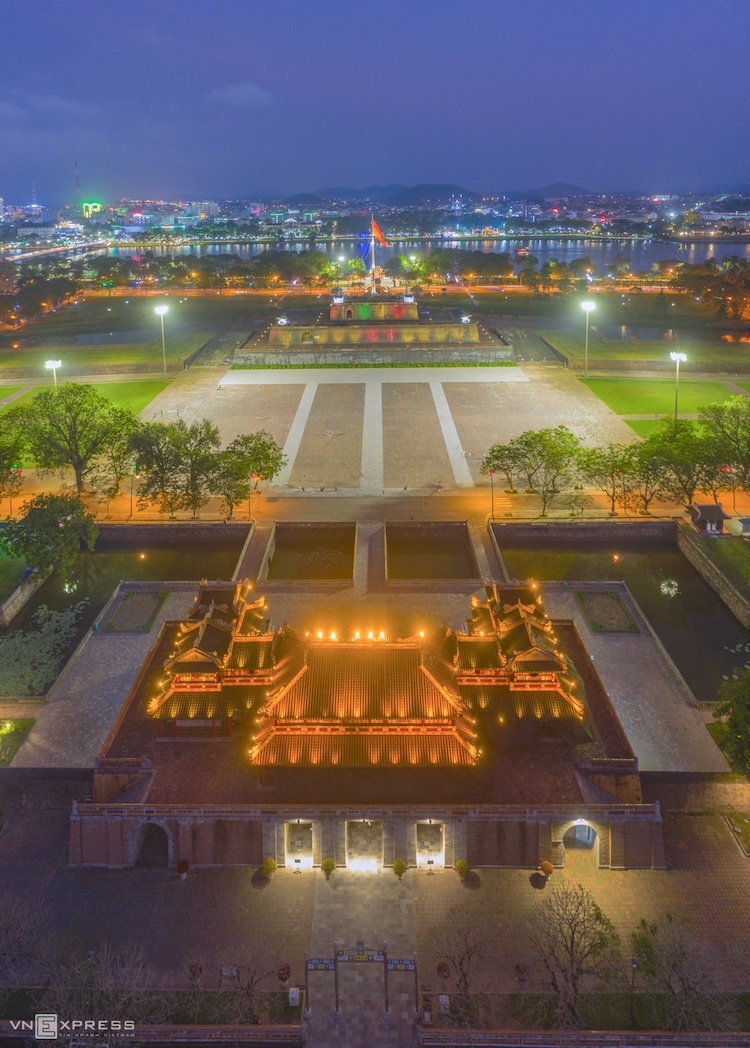 The Hue Citadel is magnificent at night. The citadel, home to the Nguyen Dynasty (1802-1945), Vietnam’s last feudal rulers, was built on an area of 500 hectares in the early 19th century. Besides its historical sites, Hue is also famous for attractions like the Huong River, Ngu Binh Mountain and Vong Canh Hill. 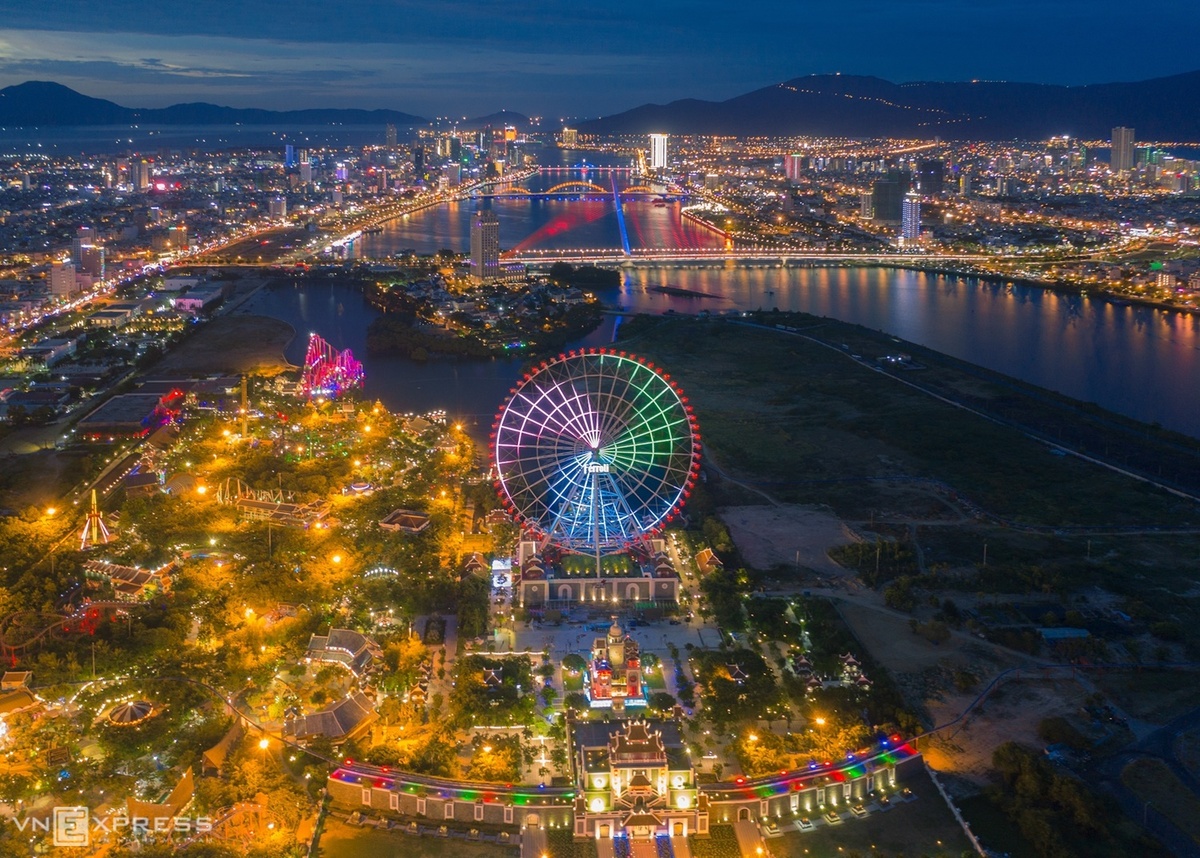 Da Nang City glows with lights from buildings, resorts and especially bridges.  The city is dubbed “City of Bridges” with constructions like, Han, Rong and Thuan Phuoc Bridge.
In the photo is the Sun Ferris Wheel, one of the largest in the world. The entire city can be seen from the Ferris wheel.
Da Nang, one of Vietnam’s five biggest cities, is home to My Khe, one of Southeast Asia’s most beautiful beaches, the Golden Bridge, Ba Na Hills, and Asia Park. 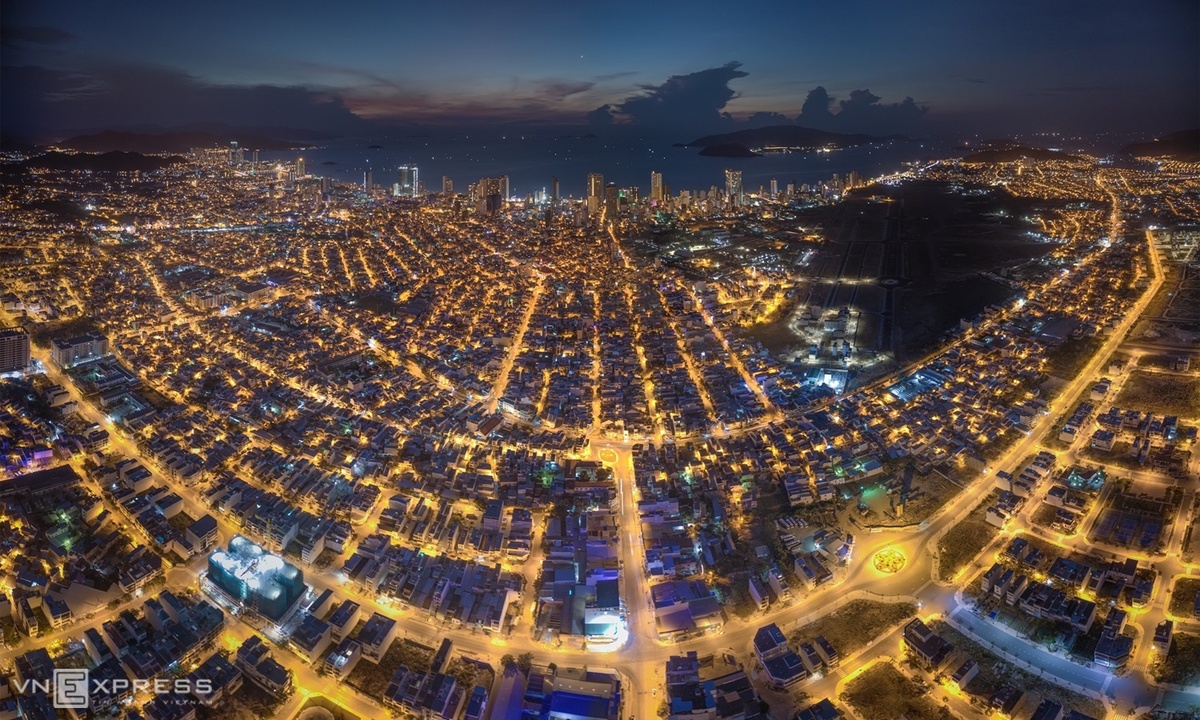 A panoramic view of Nha Trang in the central province of Khanh Hoa. Dubbed one of world’s most beautiful beach towns, Nha Trang is famous for its lovely beaches and good food. 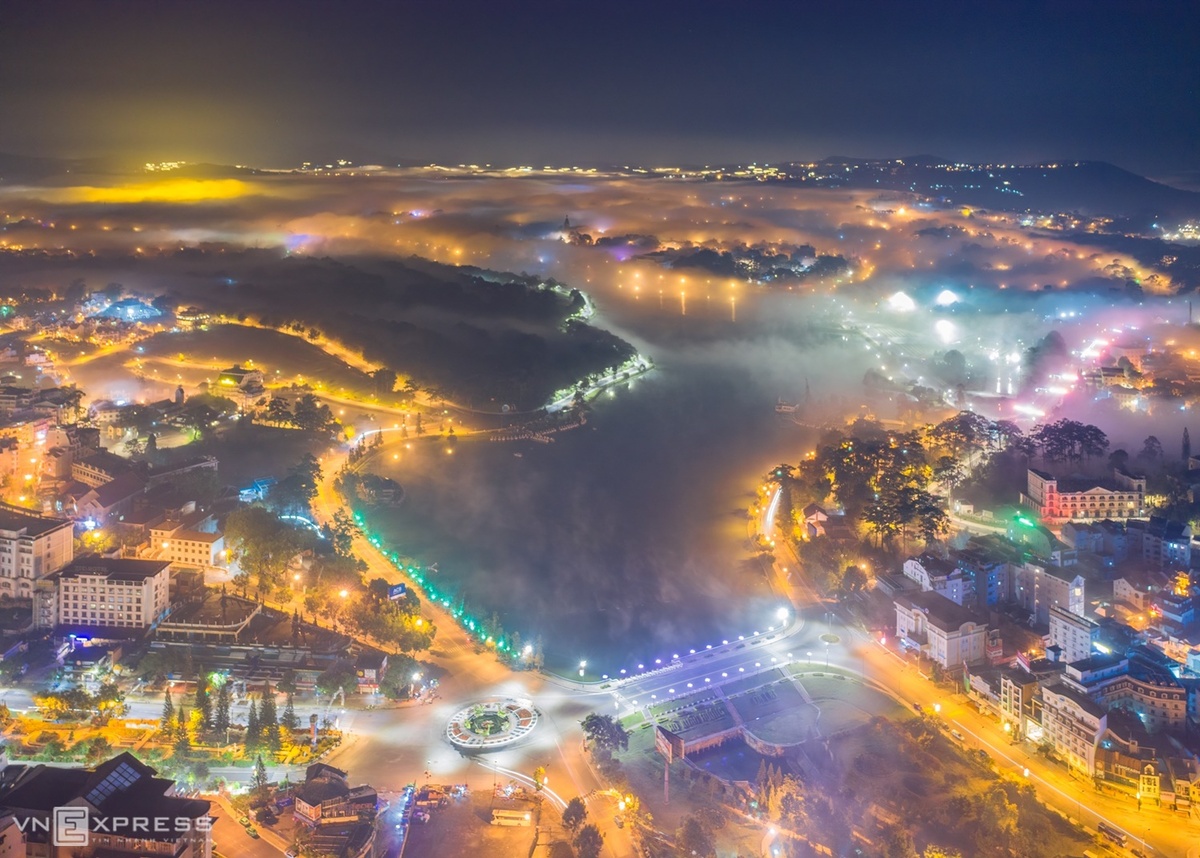 The center Da Lat around Xuan Huong Lake is magical amid the night mist and sparkling lights.
Da Lat in Lam Dong Province is located on the Lang Biang Highland at an altitude of 1,500 m above sea level.
One of Vietnam’s most famous tourist destinations, it is also known as ‘flower city’, ‘city of love’ and ‘fog city’. 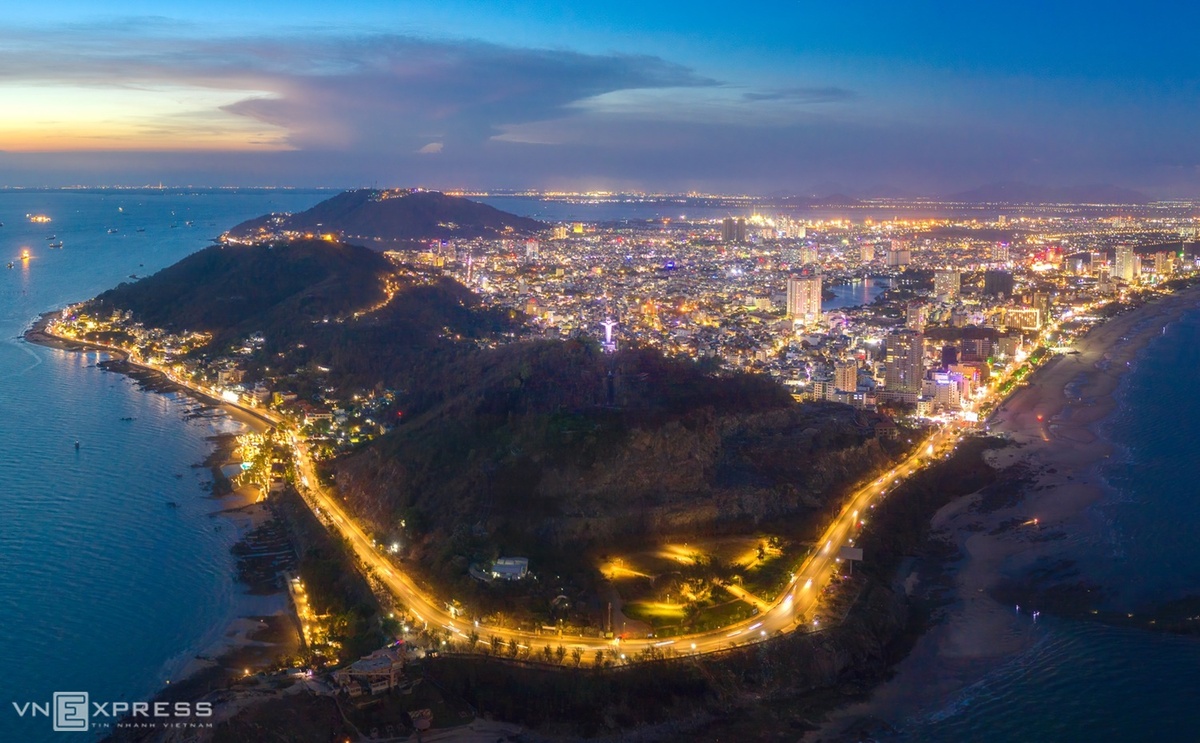 Vung Tau Town in central Vietnam has 42 km of coastline with many beautiful beaches such as Truoc and Sau.
It is also famous for a giant statue of Jesus Christ atop Mount Tao Phung. The statue is 32 m tall, and its outstretched arms span 18.3m. Its construction began in 1974 and took 19 years. 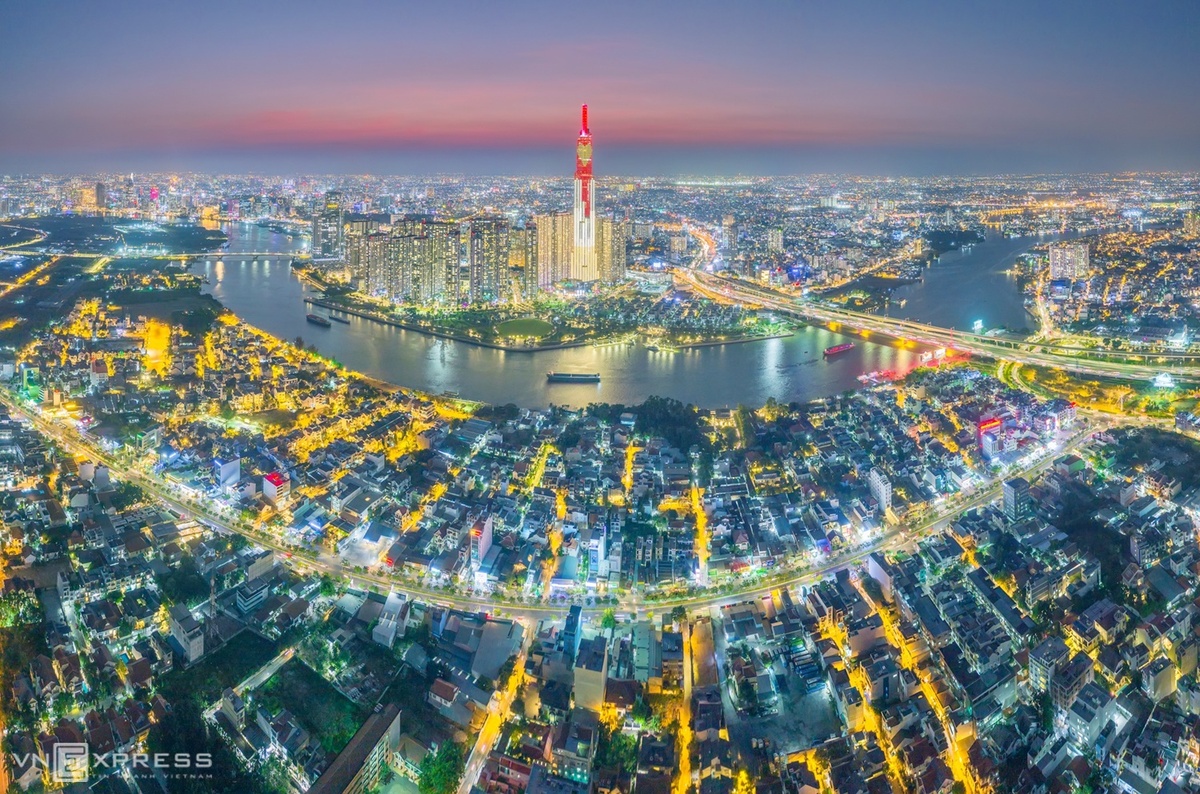 Ho Chi Minh City seen from District 2, with the highlight being the 81-story Landmark Building, the tallest in Southeast Asia and 17th tallest in the world. The economic hub of Vietnam has an area of 2000 square kilometers. Ninh Kieu pedestrian bridge, a famous attraction in Can Tho City, is 199 meters long and has two lotuses as the highlights.
Can Tho City is located on the right bank of the Hau River. Here, visitors can visit Ninh Kieu wharf, the Cai Rang floating market and the Binh Thuy ancient house and try some delicious tropical fruits.