Vietnam has decided to scrap an annual motorcycle racing championship to celebrate National Day (September 2), traditionally hosted by the Mekong Delta city of Can Tho, because of COVID-19. 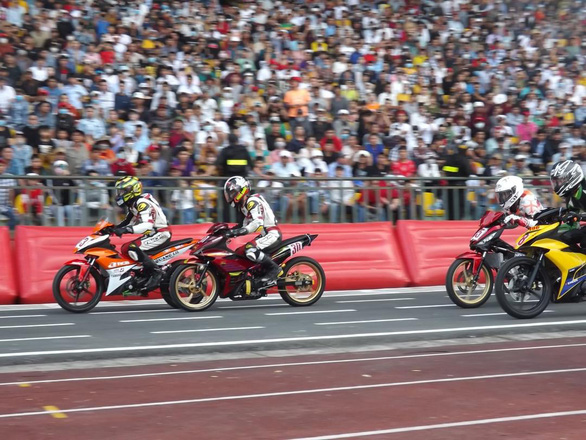 The Can Tho Department of Culture, Sports, and Tourism announced the cancelation on Thursday.
In previous years, the race took place annually at the Can Tho Stadium in Ninh Kieu District, featuring 125-150 cc (cubic centimeters) motorbikes.
Last year’s tourney attracted 56 racers from 31 domestic motorcycle racing clubs in Bac Lieu Province, Ho Chi Minh City, Ben Tre Province, Binh Duong Province, Hau Giang Province, Kien Giang Province, Tra Vinh Province, and Can Tho City, according to Public Security News — the news site of the Vietnamese Ministry of Public Security.
The event usually attracted dozens of thousands of spectators in the Mekong Delta region.
Meanwhile, the Phong Dien - Can Tho Ecotourism Festival, which was originally scheduled for September 24-27 in response to the World Tourism Day (September 27), has also been called off.
The now-canceled festival was expected to cover several activities to introduce and promote tourism products, agricultural products, and local delicacies, as well as creating conditions for ecotourism garden sites to connect with travel agencies and tourism businesses.
Posted at 2020 Aug 29 09:19
Go back