207 hotels in 25 localities have been selected to lodge people in quarantine in Vietnam's Covid-19 fight. 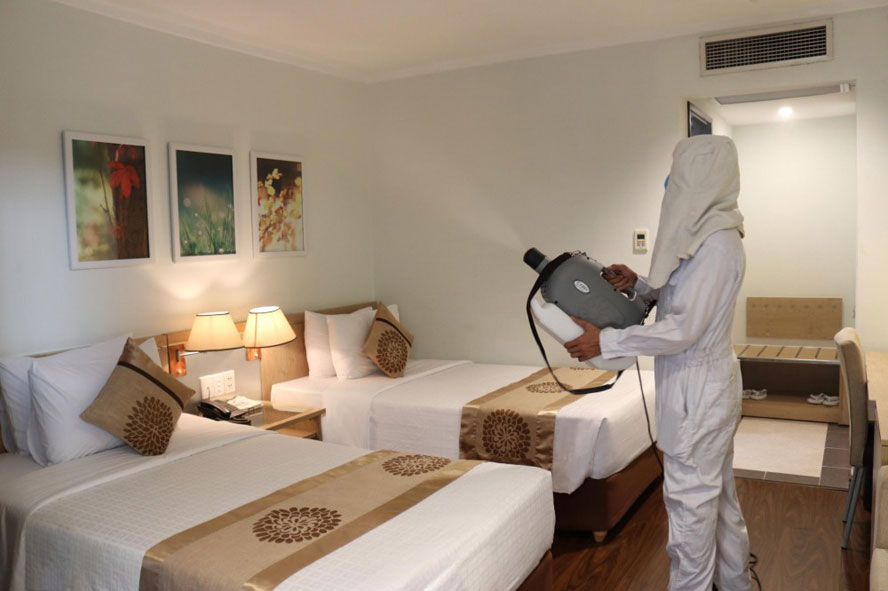 The hotels, selected by tourism and medical authorities after signing up willingly, are mainly located in major cities like Hanoi, Ho Chi Minh City, and Da Nang, the country’s current Covid-19 epicenter.
Other localities include Quang Nam and Quang Ngai in central Vietnam, both Covid-19 hotspots. Quang Ninh, Hai Phong in northern Vietnam, as well as Dong Nai, Ba Ria-Vung Tau, Can Tho and Kien Giang in the south complete the list, according to the Vietnam National Administration of Tourism.
The hotels, including over 18,000 rooms and 23,000 beds, will not serve any other purpose. Security personnel will prevent all unauthorized entry.
Da Nang City, with 192 Covid-19 cases, has 41 hotels selected to serve as isolation zones. Of these, three with a total 340 beds have already been utilized for the purpose.
Since July 25, when community transmissions resurfaced in Vietnam after more than three months, Da Nang has become the new virus epicenter, prompting local authorities to rapidly mass test locals for Covid-19 and isolate suspected cases to contain its spread.
Hanoi has six hotels selected with a total 764 beds, of which five are used to quarantine foreign experts with prices ranging from VND1.2 million to VND5.1 million ($52 to $220) per room.
HCMC has nine hotels designated as quarantine camps with a total 841 beds, charging VND300,000 ($13) per room.
Neighboring Dong Nai Province, a manufacturing hub in the south, has 15 hotels selected with a total 504 beds and prices starting from VND200,000 ($8) a room.
Vietnam closed its borders and suspended all international flights on March 25, halting visa issuance for foreign nationals since March 18. Only Vietnamese stranded abroad, foreign experts, and high-skilled workers are allowed to enter the country at this time.
Those subject to compulsory isolation for 14 days after entering Vietnam have to register with authorities if they wish to stay at the hotels for quarantine and are willing to pay the fee.
Vietnam has recorded a total of 713 Covid-19 cases, 332 of them active. Eight patients have died.
Da Nang has recorded the highest number of cases at 192 since July 25, followed by Quang Nam with 46 cases; HCMC, eight; Lang Son, four; Dak Lak and Quang Ngai, three each; Hanoi, Bac Giang and Dong Nai, two each; and Thai Binh and Ha Nam, one each.
Posted at 2020 Aug 08 09:53
Go back