Vietnam’s tourism industry is preparing different plans to welcome foreign visitors from countries and territories that have contained the coronavirus pandemic. 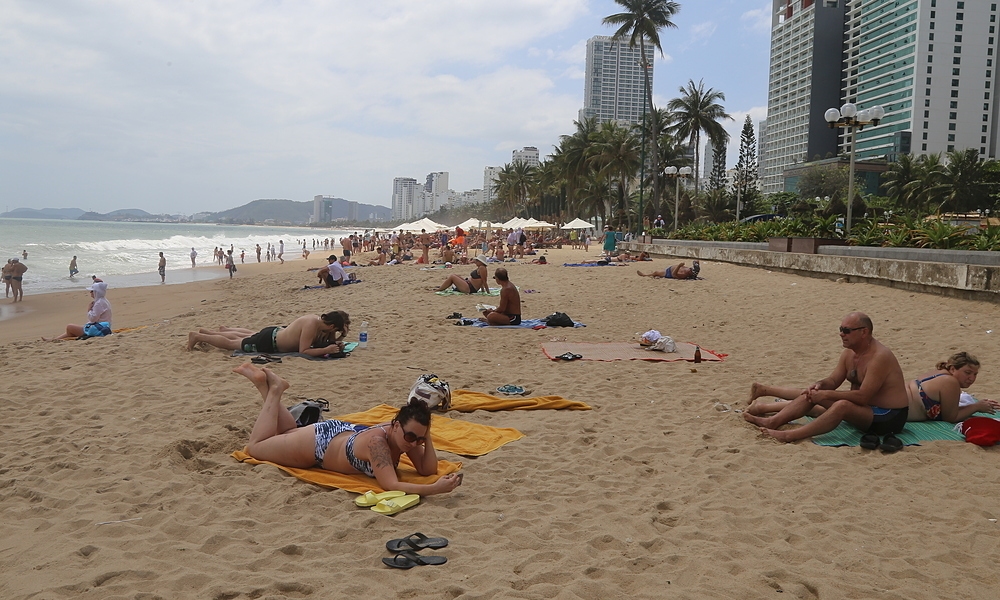 Nguyen Trung Khanh, director of the Vietnam National Administration of Tourism (VNAT), said the industry is preparing plans to welcome visitors from countries and territories that have responded effectively to the pandemic.
Tourism officials will submit to the government a schedule for gradually easing visa restrictions and resuming some international flight routes, Khanh told VnExpress.
Though Vietnam's Covid-19 situation remains under control as the country has gone 36 days without any coronavirus cases caused by community transmission, Prime Minister Nguyen Xuan Phuc late last week ordered to continue with tough measures to prevent infections from abroad.
Phuc, however, asked the Ministry of Culture, Sports and Tourism to coordinate with the Ministry of Foreign Affairs and submit to the government a reopening plan for international tourists.
More than a month after the government relaxed social distancing restrictions, Vietnam remains closed to foreign arrivals, with rare exceptions.
Reopening scenarios
Khanh said in case the pandemic is contained by September in some key source markets, VNAT will propose relaxing restrictions and the re-launching of promotions to attract visitors from these markets. "If this happens, Southeast and Northeast Asia will be the first markets to be targeted by VNAT’s promotion programs in the fourth quarter."
He said this would require a mechanism for mutual validation of medical control standards with other countries.
If the pandemic lasts until the end of the year, VNAT will consider other options, he added, without elaborating.
The tourism administration stated that it was preparing plans to welcome foreign tourists in anticipation of recovery and disease control in key markets like South Korea, mainland China, Japan, Taiwan and several ASEAN members.
Ken Atkinson, vice chairman of the Vietnam Tourism Advisory Board, said the first countries to target could be Australia and New Zealand, which are responding well to the Covid-19 crisis.
"However, as China and Korea are our two biggest inbound source markets it is important to have plans in place to reopen travel from those markets as soon as it is safe," he said.
Atkinson told at a tourism meeting Thursday that Vietnam can consult Australia, New Zealand, and Thailand on opening separate resorts for foreign tourists to ensure their safety.
William Haandrikman, general manager of Sofitel Legend Metropole Hanoi, said Asian markets were likely to be the first to recover.
In the meantime, "we have had to re-invent ourselves to focus directly on the local domestic market as well as regional Asian markets," he noted.
Partial resumption of flights
At Thursday’s tourism meeting, local carriers Vietnam Airlines, Vietjet Air and Bamboo Airways expressed their hopes of resuming international flights. The international tourist market accounts for around 50 percent of their revenues.
Earlier, the Civil Aviation Administration of Vietnam (CAAV) had proposed a partial lifting of the suspension on international flights starting June 1, with limited frequency, giving priority to foreign experts and investors, while ensuring strict maintenance of anti-pandemic measures.
With an international flight ban in place, Vietnam saw a 38 percent year-on-year drop in the number of January-April foreign visitors to 3.7 million, accompanied by corresponding 45 percent drop in tourism revenues to VND7.9 trillion ($337 million).
Pandemic success model
Vietnam has garnered international praise as a "successful model" in tackling the Covid-19 pandemic and some media sections have promoted the country as "a safe destination post Covid-19 pandemic."
The country has led the way in protecting its citizens from the coronavirus, and not a single death has been reported, Matt Young, secretary of the Australian Chamber of Commerce in Vietnam (AusCham), noted in an interview with Australian news channel 7News.
Young called on Australians to visit Vietnam when it’s possible, calling the country a safe, hospitable country with several stunning landscapes. "Tourism is very important for the economy and (Vietnam is) a beautiful country. It will be great to see Australians back in Vietnam," he said.
New York-based travel magazine Travel + Leisure included only Vietnam and the Philippines from Southeast Asia in a recent listing of 17 must-to-go destinations in the world after the Covid-19 crisis ends.
Survey results released earlier this month by Thailand-headquartered hospitality consulting group C9 Hotelworks and communication firm Delivering Asia Communications showed that nearly half of surveyed Chinese travelers said they plan to travel overseas during the remainder of 2020 if the pandemic is contained, and 45 percent of these said Vietnam would feature on their list.
While Vietnam is expected to become one of the first Southeast Asian nations to kickoff its economic revival, the continued ban on foreign visitors has prompted the local industry to focus on promoting domestic tourism.
A tourism promotion campaign called "Vietnamese People Travel in Vietnam" debuted last week, aiming to "introduce quality tourism products and service packages at reasonable prices."
The move puts Vietnam ahead of its regional tourism competitors such as Thailand, Indonesia and the Philippines, where travel restrictions are only starting to lift.
Vietnam's popular tourist destinations have reopened. The government has recently allowed most non-essential services except karaoke parlors and discos to resume operation.
The country's count of active Covid-19 cases has been 58 as 266 have recovered after treatment.
Posted at 2020 Jun 17 10:17
Go back