The Transport Ministry has asked civil aviation authorities to submit plans by June 10 for reopening some international flight routes. 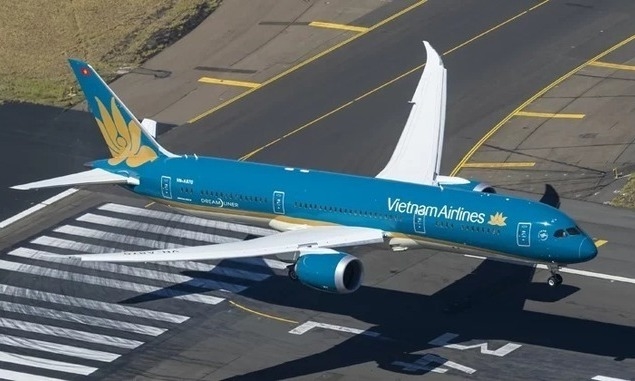 The Civil Aviation Administration of Vietnam (CAAV) has also been tasked with proposing a specific time frame for resuming the flights on a bilateral basis to restore trade and investment activities and revive the tourism industry while ensuring strict maintenance of anti-pandemic measures.
The administration will have to submit its report by June 10 for submission to Prime Minister Nguyen Xuan Phuc.
The Vietnam National Administration of Tourism (VNAT) had previously said it is eyeing to kickstart tourism again with select openings for foreign visitors. It is preparing plans to welcome visitors from countries and territories in anticipation of recovery and disease control in key markets like Southeast Asia and Northeast Asia, VNAT said.
Vietnam has suspended international flights since March 25 and banned entry of foreign nationals since March 22 except for special cases. It has also granted permission for some special flights to repatriate Vietnamese citizens stranded abroad. Domestic flights have resumed since last month.
A Nikkei Asian Review report last week said Japan was gradually preparing to ease its entry restrictions on foreign visitors, with business travelers and researchers being the first to get the green light. Taiwan, Vietnam and some European countries where the Covid-19 crisis has been controlled will be considered for tourism resumption by the Japanese government, Nikkei said.
Dinh Viet Thang, director of CAAV, last month said he expected the local and international aviation markets would recover by the middle and end of 2021, respectively.
The transport ministry estimates Vietnam’s aviation industry to deal with 42.7 million passengers this year, down 46 percent from last year. This is a doubling of the worst-case-scenario forecast that the ministry had made in February, which was a 23 percent drop to 61.2 million passengers.
One of the countries to have dealt with the Covid-19 pandemic most effectively, Vietnam eased its social distancing restrictions on April 23 and has allowed most "non-essential" services except karaoke parlors and discos to resume operations.
The nation with a population of 96 million people has gone 41 days without any coronavirus infections caused by community transmission. The national Covid-19 count is 327, of which 49 are active cases as 278 have recovered after treatment.
Posted at 2020 May 29 10:45
Go back