Vietnam schoolgirl creates art from the chaos of the coronavirus

HANOI -- Stuck at home with school suspended, Nguyen Doi Chung Anh made the most of an enhanced social distancing drive in Vietnam by using art to demonstrate tragedy, resilience and chaos in the world’s battle against the coronavirus. 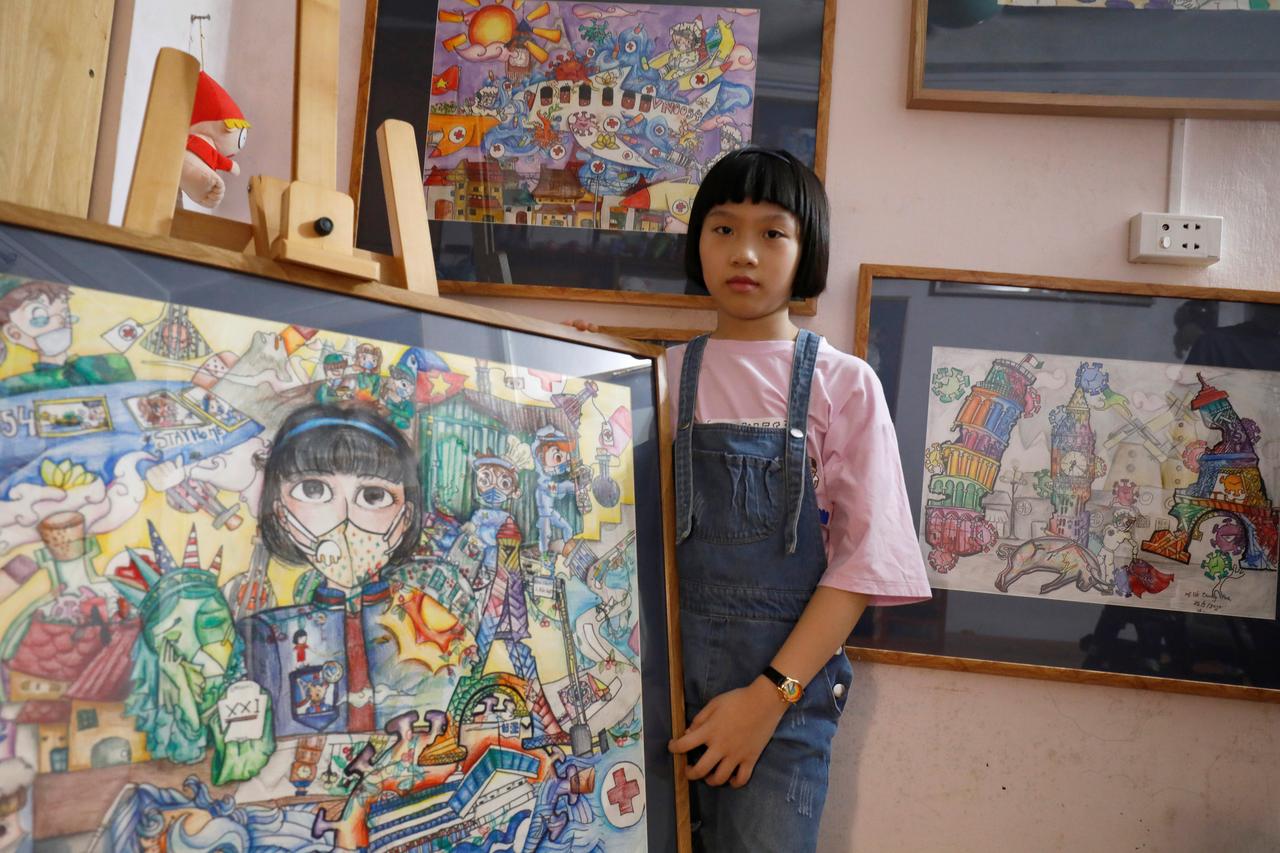 The work of 10-year-old Chung Anh shows how events unfolded globally, depicting the devastation with drawings of the coronavirus attacking landmarks like the Eiffel Tower, the Statue of Liberty, Big Ben and the Leaning Tower of Pisa as it spread through Europe, the United States and beyond.
Her pictures also aim to highlight Vietnam’s success in containing the virus after a wave of imported infections, one with a virus-hit passenger plane in the arms of two soldiers and another showing the same flight intercepted by medical workers who spray disinfectant from fighter jets.
They refer to the fated flight VN54 which brought in a fresh batch of infected people after Vietnam had declared itself virus-free for three weeks. The country has reported 332 cases and no deaths.
Chung Anh drew herself in one picture about her safety to show appreciation for frontliners, who appear in most of her 11 drawings fighting the virus with shields or blasting it with disinfectant.
“I drew this with hope that they can keep their spirits high to prevent an outbreak,” she said. “This girl is me, here I am drawing and these things are my imagination.”
Several pictures feature the Diamond Princess, the cruise ship aboard which hundreds of passengers were infected, and Li Wenliang, the late Chinese doctor and one of the most visible figures of the pandemic, who was reprimanded when he issued early warning about the virus.
Chung Anh’s mother, Doi Xuan Hieu, chose that as her favorite.
“I was touched seeing that she can sympathize and acknowledge the sacrifice of the doctors who risked and lost their lives,” she said.
Posted at 2020 Jun 15 09:36
Go back