From now to the end of August 2020, the aviation sector will continue working with diplomatic and military agencies to conduct 50 more flights to bring over 13,000 Vietnamese citizens home, according to head of the Civil Aviation Authority of Vietnam (CAAV) Dinh Viet Thang. 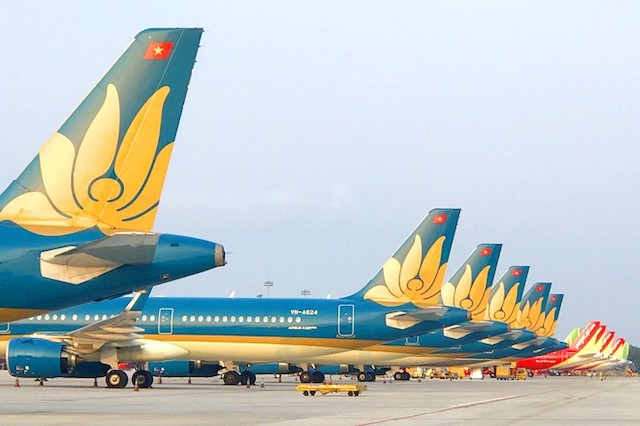 So far, the CAAV has coordinated with airlines to conduct over 60 flights repatriating nearly 16,000 Vietnamese citizens from about 50 countries and territories, Thang said.
He added that the CAAV also collaborated with diplomatic missions to give permission to domestic and foreign airlines to use cargo flights to bring back 1,255 Vietnamese citizens stranded at international airports and transit points due to travel restrictions.
Thang said with the domestic flight operations having returned to normal like in the period before the pandemic, the aviation sector has built plans on gradually resuming international commercial flights based on the COVID-19 situation in foreign markets.
According to Thang, the plans were based on the principles of selecting destinations which have effectively controlled the pandemic’s spread in the community; keeping flight frequency at the minimum level to meet domestic quarantine capacity; and strictly adhering to epidemic control requirements of health authorities.
Earlier, the Ministry of Transport had proposed Prime Minister Nguyen Xuan Phuc allow the resumption of commercial flights between Vietnam and certain other countries in August.
It suggested flights to priority areas, including Guangzhou (China), Seoul (Republic of Korea), Tokyo (Japan), Taiwan (China), Vientiane (Laos), and Phnom Penh (Cambodia) be reopened, with one flight per week for each.
In line with these plans, each week will see between 2,500 and 3,000 passengers enter the country.
This article was originally published in NDO
Posted at 2020 Jul 21 19:42
Go back