The Vietnam Press Museum in Hanoi will open to visitors for the first time since its establishment on the occasion of the 95th Vietnamese Press Day (June 21). 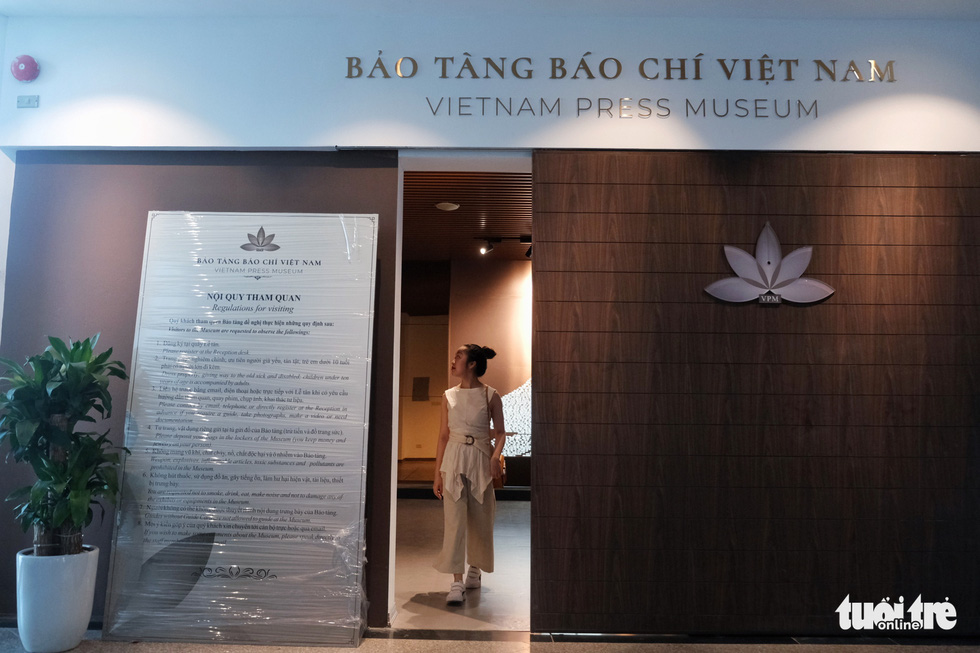 The Vietnam Journalists’ Association, which manages the museum, will officially welcome visitors to the venue on Duong Dinh Nghe Street in Cau Giay District from Friday.
Prime Minister Nguyen Xuan Phuc signed the decision to set up the Vietnam Press Museum on July 28, 2017 after his predecessor had approved a proposal for the project on August 21, 2014.
Covering 1,500 square meters, the museum makes use of all of its space, employs different exhibition formats, and adopts digital technology to create a diverse viewing experience for visitors and avoid repetitiveness.
The museum’s management board said it had spent three years, from August 2014 to July 2017, collecting exhibits connected with the history of press development in Vietnam.
So far, over 20,000 exhibits and materials have been collected and put on display at the museum.
Of them, around 700 are rare items and materials reflecting significant events in the Vietnamese press history.
Exhibits are organized into five different chronological phases — 1865-1925, 1925-45, 1945-54, 1954-75, and 1975-present, signifying the important milestones in the growth of journalism in Vietnam.
“We have called for and encouraged journalists to donate artifacts that can together make up a big-picture view of Vietnam’s press history,” said Tran Thi Kim Hoa, the museum’s director.
Posted at 2020 Jun 19 09:59
Go back