Authorities in Thua Thien-Hue Province on Friday established a wetland nature reserve to stress the value of safeguarding local resources. 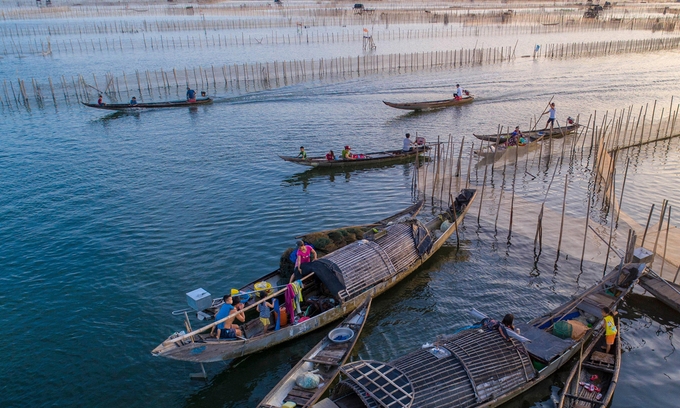 The Tam Giang-Cau Hai reserve will cover more than 2,000 hectares, to include a strictly protected 800 ha patch, an ecological restoration zone of more than 1,240 ha, alongside a services and administration area of nearly 30 ha.
The wetland covers five coastal districts of Thua Thien - Hue including Phong Dien, Quang Dien, Phu Vang, Phu Loc and Huong Tra.
The reserve foundation aims to restore the habitats and important ecological systems, biodiversity and aquatic resources of Tam Giang-Cau Hai, considered the largest brackish lagoon in Southeast Asia, while increasing its number of wild and rare birds.
This is one of Vietnam's two wetland conservation areas that are financed by the Global Environment Fund (GEF) and United Nations Development Program (UNDP). The other is Thai Thuy wetland nature reserve in the province of Thai Binh.
According to World Wildlife Fund, wetland ecosystems play a vital role in food security and create good conditions for various economic sectors. However, natural wetlands have been damaged by agri- and aquaculture.
Nguyen The Chinh, head of the Institute of Strategy and Policy on Natural Resources and Environment, said wetlands cover an estimated 30 per cent of the country's total land area, or about 10 million ha.
However, wetland biodiversity was found to be under threat from aquaculture and the environment polluted by over fishing, he said, stressing that establishing areas of conservation was imperative.
Hue, capital of Thua Thien-Hue Province and Vietnam's former imperial capital, stands out from other parts of the country with its imperial citadel and royal tombs.
The province received over 4.8 million visitors last year, with 2.1 million being foreigners.
Posted at 2020 Jun 06 06:26
Go back